Daniel Craig is set to reprise his role as the detective Benoit Blanc in the upcoming Knives Out sequel Glass Onion: A Knives Out Mystery. Those who have watched Knives Out would be familiar with Craig’s character having a southern accent, and the actor is dedicated to sticking with the accent for the film. However, it may sound quite different from the first one as he focused to keep things “grounded” this time but partly also because he forgot how to do the accent from the first movie.

To prepare for the role again, Craig says he worked with a coach in order to regain the accent that he used to play the role of detective Benoit Blanc.

“I went away to work with an accent coach for three or four months before we started shooting. I’d forgotten the accent and I didn’t want to do a pastiche. I wanted to make it as grounded and as anchored in reality as possible,” he said in an interview with Empire Magazine.

Craig’s accent in the first movie sounded quite humorous and restrained but now that he’s had more training and coaching, it will be interesting to see how it turns out. In the film, his voice was described by Ransom Drysdale (played by Chris Evans) as a “Kentucky-fried Foghorn Leghorn drawl” which is definitely far off from his natural British accent.

The sequel is set to premiere on Netflix on December 23 but will premiere at an earlier date playing at the Toronto International Film Festival in early September. 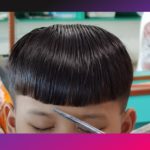 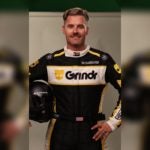