Detective Benoit Blanc is back to solve the next big mystery! Following the release and success of the first installment of the film, Knives Out 2 will be on its way to theaters and Netflix this 2022.

Variety confirmed on January 21 that Knives Out 2 will drop in the last quarter of 2022 and is expected to make “a festival run” before releasing it to the public. Director and writer Rian Johnson first revealed to The Hollywood Reporter in January 2020 that he started developing the film’s sequel. Johnson returned to Knives Out 2 to direct the film. He also served as the producer of the film along with Ram Bergman through their T-Street banner. Steve Yedlin and Bob Ducsay had also returned as the film’s cinematographer and editor, respectively.

Knives Out 2 began its production in June 2021 in Greece and was concluded in September 2021.

Aaaaaaaand WE’RE OFF! Day one of filming on the next Benoit Blanc mystery. Thanks to all the lovely patient people here in Greece for letting us do all this murdering on their peaceful shores. pic.twitter.com/SUFptCpl3G

We just wrapped production on the next Benoit Blanc mystery and also I finally watched Annette and holy shit it’s amazing. Sending so much love and gratitude to our INCREDIBLE crew and cast and Leos Carax!

As of writing, other details surrounding Knives Out 2, such as the plot and exact release date, still remain a mystery.

The first installment of the film revolves around the story of Southern private detective Benoit Blanc solving the mysterious death of crime novelist Harlan Thrombey. Blanc investigates Harlan’s family and his devoted staff, sifting through a web of red herring to uncover the truth behind the novelist’s death.

Knives Out became a global success soon after its release, where it grossed $311.4 million worldwide. The film also received nominations at the 77th Golden Globe Awards for Best Motion Picture category, and at the 73rd British Academy Film Awards, and 92nd Academy Awards for Best Original Screenplay category. The film was also selected as one of the top ten films of 2019 by the American Film Institute and the National Board of Review. 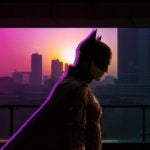