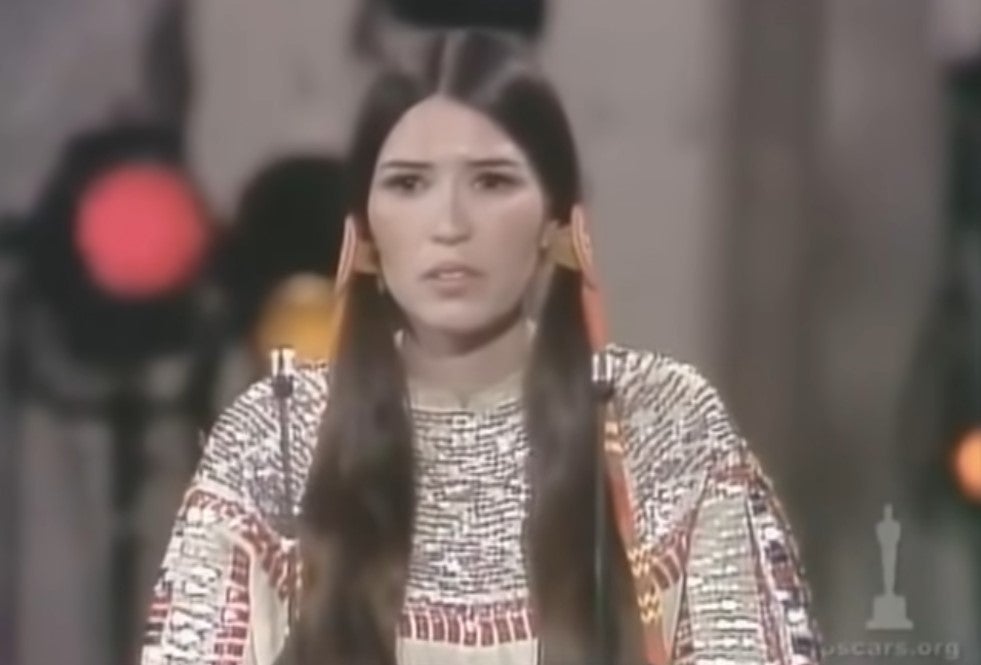 The Academy apologizes to Sacheen Littlefeather for the 1973 Oscars incident

The “long overdue” apology of Oscars to Sacheen Littlefeather has finally been given.

Finally, in 2022, nearly 50 years after the 1973 Oscars, the Academy of Motion Picture Arts and Sciences formally apologized to her for the mistreatment she had suffered over the infamous moment.

In 1973, Littlefeather, 26 at the time, was sent on behalf of Marlon Brando who won an Oscar for his acting performance in The Godfather as Vito Corleone. She went on stage not to receive the award, but to refuse and call out the mistreatment and the stereotypes of Native Americans in popular entertainment. Not only that, but the Native American actress also drew attention to the 1973 Wounded Knee standoff between indigenous people and the US Marshals Service. All these were squeezed into a mere span of 60-seconds as the producers had threatened to have her arrested if she exceeded that timeframe.

During her 1 minute-long historic plea, she received racist remarks and was interrupted by the audience with “tomahawk” gestures with boos in between. American actor John Wayne even had to be restrained by security from physically attacking her on stage.

After the incident, the federal government also threatened to shut down productions and shows that would feature the actress.

50 years later, the Academy has acknowledged its mistreatment of her. On June 18 of this year, The former president, David Rubin, penned a letter apologizing for what happened at the 45th Academy Awards. He also invited the actress to be a featured guest in a special event on September 17, to be held at the new Academy Museum of Motion Pictures in Los Angeles.

I write to you today a letter that has been a long time coming on behalf of the Academy of Motion Picture Arts and Sciences, with humble acknowledgment of your experience at the 45th Academy Awards.

As you stood on the Oscars stage in 1973 to not accept the Oscar on behalf of Marlon Brando, in recognition of the misrepresentation and mistreatment of Native American people by the film industry, you made a powerful statement that continues to remind us of the necessity of respect and the importance of human dignity.

The abuse you endured because of this statement was unwarranted and unjustified. The emotional burden you have lived through and the cost to your own career in our industry are irreparable. For too long the courage you showed has been unacknowledged. For this, we offer both our deepest apologies and our sincere admiration.

We cannot realize the Academy’s mission to “inspire imagination and connect the world through cinema” without a commitment to facilitating the broadest representation and inclusion reflective of our diverse global population.

Today, nearly 50 years later, and with the guidance of the Academy’s Indigenous Alliance, we are firm in our commitment to ensuring indigenous voices—the original storytellers—are visible, respected contributors to the global film community. We are dedicated to fostering a more inclusive, respectful industry that leverages a balance of art and activism to be a driving force for progress.

We hope you receive this letter in the spirit of reconciliation and as recognition of your essential role in our journey as an organization. You are forever respectfully engrained in our history.

“Regarding the Academy’s apology to me, we Indians are very patient people — it’s only been 50 years!” Littlefeather said in a statement.

For Sacheen Littlefeather, the Academy embracing some changes is a dream come true. “It is profoundly heartening to see how much has changed since I did not accept the Academy Award 50 years ago. I am so proud of each and every person who will appear on stage,” she said.

‘In the Heights’ backlash is a reminder that representation is important 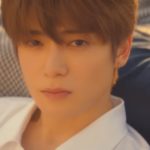 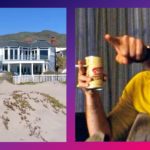