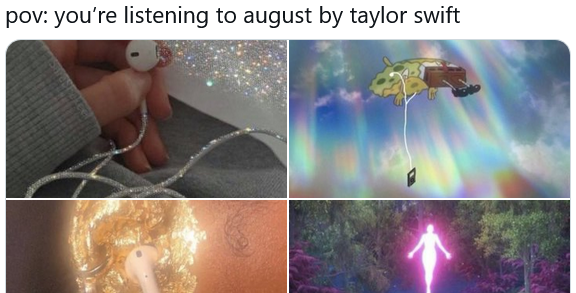 Salt air, and the rust on your door…

Time to wake up, Swifties. It’s your month.

What better way to start up the end of July and the beginning of August with Miss Taylor Swift’s unrequited love story, “august”? This song is technically a part of a love story with the songs “Cardigan” and “Betty” involving 3 characters, Betty, James, and “Augustine/Augusta”.

And “August” was written from the perspective of none other than the actually unnamed female called “August” by Taylor Swift. Swifties have been waiting for this day for almost a few weeks now, and now that the day has come, the memes and relatable Tweets have reached a penultimate.

it's officially salt air & the rust on your door month, so let's talk about how 'august' by taylor swift captures that nostalgia & settling for the bare minimum not 'cause you deserve it, but you think it's your only option & it's better than not being treated in any way at all.

play August by Taylor Swift nanaman kasi u were never mine

let's listen to august by Taylor Swift for the entire month ♡ pic.twitter.com/AwvWkgSQUx

"i can fix her" no, she would literally post august by taylor swift on her instagram story for the whole month

It’s August already, which means screaming August by Taylor Swift on repeat 24/7 'CUZ YOU WEREN'T MINE TO LOSE 😭🫶🏻 pic.twitter.com/dRIC4p2zT2

It's the time of the year again.✨
Listen to August by Taylor Swift. #folkloretaylorswift#swiftie pic.twitter.com/x0z4ahni4P

august by taylor swift are for those who cling on to the slightest chance of being chosen but knows for a fact that it will never be the case & is reminiscing how painful it is to grieve on a relationship that was never yours to begin with.

August by Taylor Swift is my only religion. pic.twitter.com/5CxNH6ddbS

time to play august by taylor swift for an entire month straight bc it's officially August!!pic.twitter.com/Rt7gKqhh1H

Fuck therapy, all my homies just listen to August by Taylor Swift pic.twitter.com/Da4Sc7Gspa 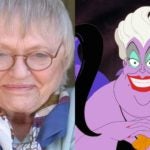 Pat Carroll, the voice behind ‘The Little Mermaid’s Ursula, dies at 95 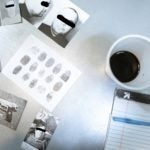