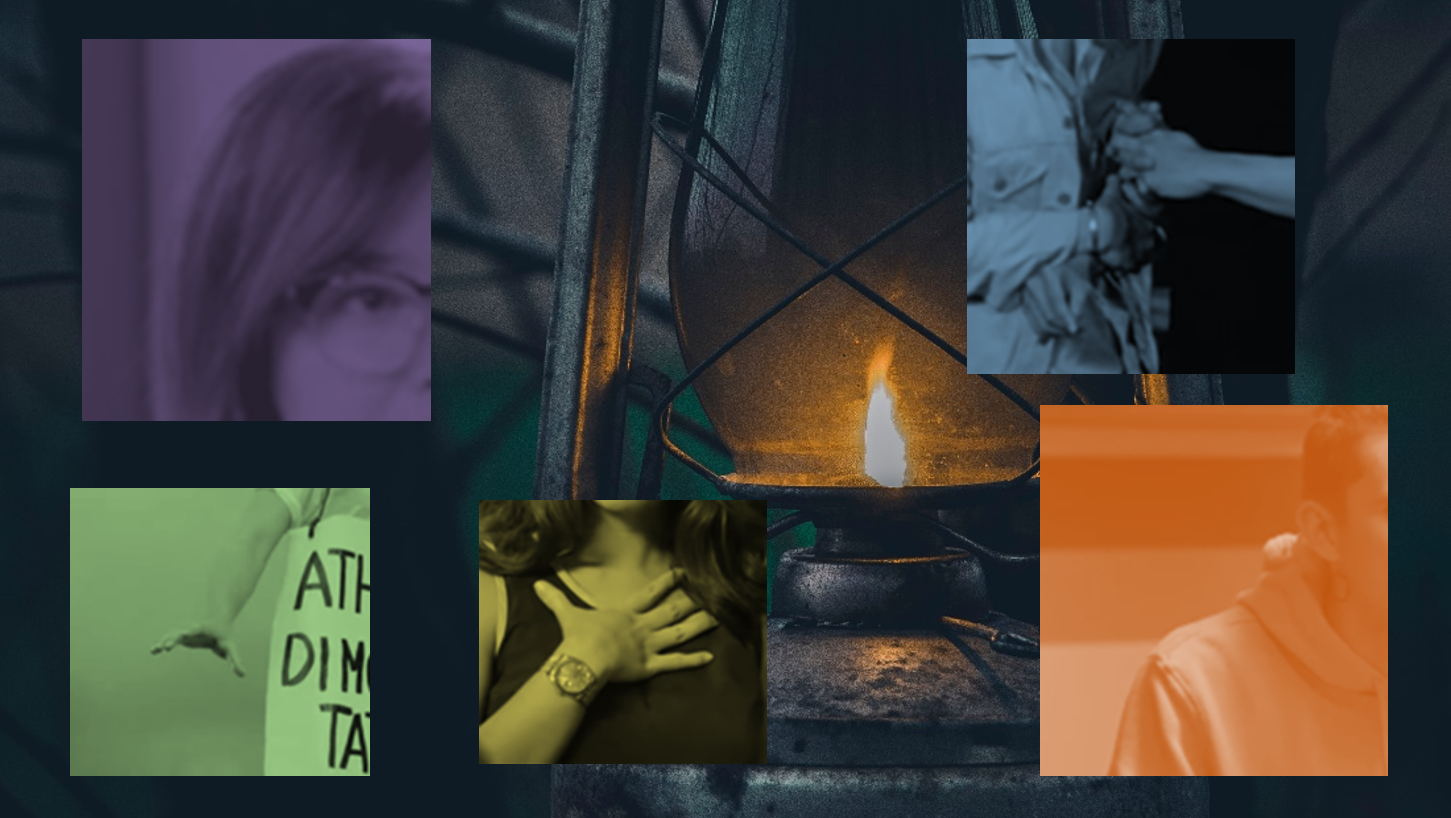 The term gaslighting has become a word that is so frequently used by this generation of young people,  it has somewhat been (inadvertently) reduced to a meme–case in point, the popular social media phrase “Gaslight. Gatekeep. Girl boss.” that everyone has been pompously stating on the internet these days.

‘Gaslighting’ has become a part of our lexicon and has been at the center of many discourses or even casual conversations, but there are also a lot of instances where it’s misused, whether accidentally or otherwise.

To briefly explain what ‘gaslighting’ means, according to an article from Very Well Mind, it is a form of emotional abuse wherein the perpetrator manipulates its victim(s) verbally in a way that the latter begins to question or doubt their own reality. It is an act of making the victim feel like the whole situation is their fault even when it’s not.

The thing is–and maybe many Filipinos might not have noticed this before–but the idea of gaslighting has actually been portrayed in so many modern Filipino films.

Here are 5 scenes from Filipino movies that perfectly explain gaslighting if you’re still uncertain of its meaning:

It’s safe to say that Four Sisters and A Wedding shaped a generation of kids that consider memes as a part of their personality. From Teddie’s iconic “Ma, I’m sorry Maaaaaa” to other quirky lines, the movie has certainly become a cult classic within the local film industry.

But there’s one scene from the movie that shows a sign of ‘gaslighting’ – specifically that Bobbie and Teddie confrontation scene.

It’s the part where Teddie (Toni Gonzaga) blames Bobbie (Bea Alonzo) for her own insecurities; about being the least successful one among her sisters. And it goes like this:

Her words have affected how Bobbie perceives herself. This is where her iconic line “Bakit parang kasalanan ko?” (Why does it seem like it’s my fault?) was first heard of. Afterwards, Teddie apologizes for coming off as aggressive or cold to her family.

In this particular scene, gaslighting is seen in the way Teddie shifts the blame onto her sister Bobbie. According to Very Well Mind, shifting the blame is a common gaslighting tactic. Even in the middle of a confrontation, the gaslighter is able to twist things out of proportion and make the victim think that they’re at fault and that they’re the reason why the gaslighter behaves that way.

Another thing about being gaslighted is you are most likely able to develop a habit of feeling apologetic towards problematic situations even if you are not the one at fault, just like what Bobbie did in this scene.

(My God, Cali! That was so long ago! That was just one mistake! I was drunk at the time!)

Ah, yes. Another *chef’s kiss* confrontation scene by LizQuen from their rom-com movie My Ex and Whys.

Though it was a highly emotional scene for both characters, we can’t help but point out the fact that Gio (Enrique Gil) subtly showed signs of gaslighting in this specific scene. He undeniably invalidated Cali’s (Liza Soberano) long-buried pain and trauma from their past relationship – with how Gio cheated on her – instead of acknowledging his own mistake.

But it also felt relieving how Cali fought back and poured out her repressed resentment towards Gio after all those years of concealing it.

(You like someone else now, right? I did everything, what else do you want me to do? You’re itching to replace me anyway!)

Of course, how can we forget one of the greatest romance-drama classics of modern time, One More Chance?

This one scene from the movie where Popoy (John Lloyd Cruz) probably made all of us scream, cry, and burst into tears at some point in our lives when we witnessed him break down in front of Basha (Bea Alonzo) and their friends when they first reunited after their breakup.

It was when Popoy assumed that she was already committed to a new relationship with Mark, Basha’s co-worker and new-found friend (Derek Ramsey), then proceeded to intensely express his bitterness by causing a scene while he’s inebriated.

This scene revealed how Popoy made Basha feel even more awful about living her life the way she wants and guilty for building new relationships even though they’re already broken up. As if she doesn’t have the right to make decisions for herself now that she’s out of their then-toxic relationship.

Gio: “Can you hear how selfish you sound right now? Do you remember why we moved here? Because you told me to. Because that’s what you want, not what I want, what you want, remember? Dapat ma-guilty ka na masaya ako dito, pero ayaw mong maging masaya para sakin!” (You should feel guilty that I’m happy here, but you don’t want to be happy for me!)

If you’re familiar with the stereotypical ‘sad boi’ who might have once broken your heart because you feel like you, then you probably loathed Gio (James Reid) during this scene in Never Not Love You because of his gaslighting tendencies.

It’s the part when Joanne (Nadine Lustre) communicated her plan about wanting to go back to the Philippines to pursue her desired job position. But instead of calmly talking through it, (surprise!) they ended up with an intense confrontation (Yes, that includes Gio throwing a vase in Joanne’s direction).

Gio, in that scene, stressed that Joanne was immensely selfish for wanting to leave him by himself in a foreign country instead of staying with him no matter what the situation is. All his sympathy towards his partner’s personal desires went down the drain, making the whole fiasco about him when in fact, making decisions should be a two-way street.

But of course, Joanne, being the strong woman that she is, did not let Gio’s words get through his head. Because she’s certain of what she wants and most importantly, she’s sure of herself.

Kenji (Daniel Padilla) screams at the top of his lungs, threatening Athena (Kathryn Bernardo) that he’ll jump off the rooftop of their school if she doesn’t say “Yes” to his request to become his girlfriend.

This scene, although it was portrayed lightly as much as possible in the film, is peak romantic manipulation. Hindi siya cute (It’s not cute). It just exudes big ‘gaslighter’ energy. And also, the worst type of way to gaslight someone. Nobody deserves to feel like they should be responsible for another person’s life.

If this ever happens with your relationships, whether they’re platonic or romantic, you should not hesitate to ask for help from your friends or a professional to distance yourself from being put in a traumatic and absolutely difficult position as such.

Every single one of us is prone or vulnerable to gaslighting. That is why being cognizant of it is essential for us to assess if our relationships are healthy or if it’s leaning towards the other side.

It’s important to know what it entails to tell if you’re encountering it or if the people closest to you are experiencing it as well. Not only that, but it’s also a must to assess oneself for there are times when people are unconscious or unaware of their own actions.

Because in the end, building healthy relationships with the people that we care about is what we should always aim for.

Source: What Is Gaslighting? Learn the Warning Signs (verywellmind.com)

On the’Lucas Out’ issue: Is it ‘innocent until proven guilty’ or vice versa? 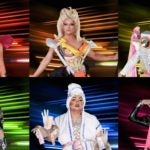 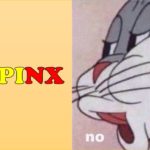