P-Pop group SB19’s main dancer and vocalist Ken, who goes by FELIP for his solo career, raised the Pinoy Pride flag as he became the first pure-blooded Filipino performer in Grammy’s ‘Global Spin’ series released on July 6. More than this historical event, this talented singer and rapper was also able to promote the Filipino culture through his performance of “Bulan”, which is inspired by Filipino mythology.

“Bulan” bridged the contemporary world and the ancient local mythology, the Recording Academy stated. According to them, he used the moon god Bicolano deity named Bulan’s story as a metaphor for the pattern of behavior apparent in the contemporary time known as the crab mentality. With this mindset comes the idea of reacting negatively towards other people’s success in whatever field or endeavor.

The song served as a motivational message to its listeners, especially those facing this toxic behavior that is considered typical in the present time. It empowered the listeners to not get swayed by these negativities. Moreover, it also served as a caution against “any naysayers who would try to diminish his accomplishments,” the Recording Academy also stated in the mentioned release.

His magnificent performance also rang true to its message as it asserted power and pure talent. With gleaming lights, superb choreography, and together with talented backup dancers, the performance was held at the Teatrillo in Intramuros, Manila, as reported by INQUIRER.net.

This proudly Filipino-culture-inspired song is FELIP’s second song release as a solo artist, with “Palayo” being the first. The latter was sung in the Bisaya language, which also, needless to say, promoted the local culture where he came from.

While FELIP is not the first artist of Filipino descent to perform in one of Grammy’s video series, he is the first full-blooded Filipino to do so. Filipino-Australian actor-singer James Reid was also previously featured in another series by the Recording Academy. Just last May, he debuted his song “California Lovin’” in another series titled Press Play at Home. 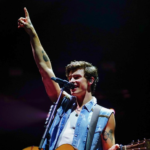 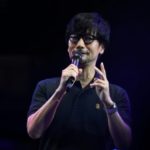