From the talk of the town “Olivia Rodrigo and Taehyung” moment to Lady Gaga holding the hem of SZA’s dress, here are a few other things that you might have missed at this year’s Grammys.

The 64th annual GRAMMY Awards was recently held at the MGM Grand Garden Arena in the city of Las Vegas last Sunday night. In this one prestigious event, critically-acclaimed musicians and global pop stars gathered to celebrate and honor music excellence and to deliver amazing performances on the stage. And in case you didn’t get a chance to tune in, we’ve got you covered as we list down the highlights of this year’s Grammys.

Global superstars BTS (Bangtan Sonyeondan) took over this year’s GRAMMY stage and delivered a mind-blowing performance of their #1 hit and Grammy-nominated song “Butter”, with what seemed to be straight out of a James Bond movie. The Bangtan boys took it to the next level as they went as criminals undercover for their performance. The stage started with BTS JIN, who appeared to be hacking the system, to JUNGKOOK, who literally descended from above, and with the dance break with lasers, card tricks, and the insane coat choreography, truly BTS had proven themselves as legendary stage performers. The group even received a standing ovation from the crowd.

As part of their “Butter” performance, BTS’ Taehyung (also known as V) had a fun little skit with singer-songwriter Olivia Rodrigo, who made a short cameo in their performance. Taehyung was seen talking to Olivia and went to whisper something shocking to her, then proceeded to pull a card from behind her.

This unexpected moment single-handedly became what is probably the most highlighted part of the awards night, as Olivia and Taehyung’s names dominated the worldwide trends along with the phrase ‘You betrayed me,’ a nod to Olivia’s own song “Traitor.”

The surprise “Olivia and Taehyung” moment drew thousands of reactions not just from ARMYs but also from all the viewers over the world. Some of the fans were left momentarily speechless and shocked, while others jokingly turned their heads the other way as they couldn’t bear to see their favorite idol getting close to someone else.

See the moment and some of the funniest reactions from the fans here:

can’t believe i’m saying this, but i actually wanted to be olivia rodrigo for 17 seconds

i have never felt such jealousy in my life pic.twitter.com/h0o1I12SIH

Following up her viral moment, the night became even brighter as the singer-songwriter Olivia Rodrigo wins Best New Artist, Best Pop Solo Performance for her hit song “Driver’s License,” and Best Pop Vocal Album for “Sour.” The Filipino-American 19-year-old artist became one of the youngest awardees of the Grammys, and in her speech for Best New Artist, she describes this as her biggest dream coming true. The singer also had a little clumsy moment backstage as she accidentally dropped one of her trophies.

SZA in crutches, and Doja Cat coming from the bathroom to receive award

Singers SZA and Doja Cat definitely knew how to make a stage appearance as a duo as they received their Grammy for their collaboration song “Kiss Me More,” which won the award for Best Pop Duo/Group Performance. SZA was seen with her crutches, which fans noticed with worry while Doja Cat literally came straight from the bathroom to receive their award.

This marks Doja Cat’s first-ever grammy, and in an emotional speech, she referred to it as a big deal and thanked everyone for the award.

In another adorable yet iconic moment as singer-songwriter, Lady Gaga was seen holding the end hem of singer SZA’s dress, to help and guide her as she went up to the stage in receiving her award for Best Pop Duo/Group Performance award with Doja Cat.

lady gaga touched the hem of her dress and she was healed… it’s on the bible! https://t.co/buLBeacTFZ

Lady Gaga also performed an emotional and mesmerizing Jazz Musical ensemble, as a tribute to singer Tony Bennet in this year’s Grammys.

The R&B band Silk Sonic, which is composed of singer Bruno Mars and rapper-singer Anderson .Paak, had one eventful night, from delivering an opening performance to getting a clean sweep at this year’s Grammys! Silk Sonic won four out of their four nominations, including Best R&B Song, Best R&B Performance, Song of the Year, and Record of the Year.

The duo’s happiness and excitement in winning definitely radiated beyond the audience as they took home their awards. In a not so humble acceptance speech in receiving the Record of the Year award, Anderson .Paak said, “We’re really trying to be humble here, but in the industry, we call that a clean sweep!” followed by a shout from Bruno Mars saying, “That’s my boy!”

The duo also shared their love for all the other nominees and even invited them to get drunk, Anderson says, “To all the other nominees, you all know we love you all, drinks are on Silk Sonic tonight! We’re getting drunk!”. The duo’s delight could honestly be felt as they exited the stage and were ready to have a successful after-party.

Support for Ukraine and Ukrainians

The 64th Grammy awards also took their time to show the power of music and how it can reach beyond borders as they dedicated time to Stand with Ukraine, along with showing a powerful speech from Ukrainian President Zelensky.

President Zelensky addressed the audience and asked to support his countrymen in any way possible. In his speech, he noted the statement of how music can fulfill what they are fighting for, “What is more opposite to music? The silence of ruined cities and killed people.” He ended on a powerful note, “Fill the silence with your music. Fill it today. Tell our story.”

How about you? What was your favorite highlight of the Grammys?

The complete list of winners of the 64th Grammy Awards is now available on the Grammy’s website. 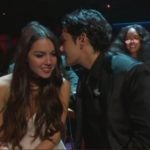 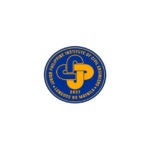