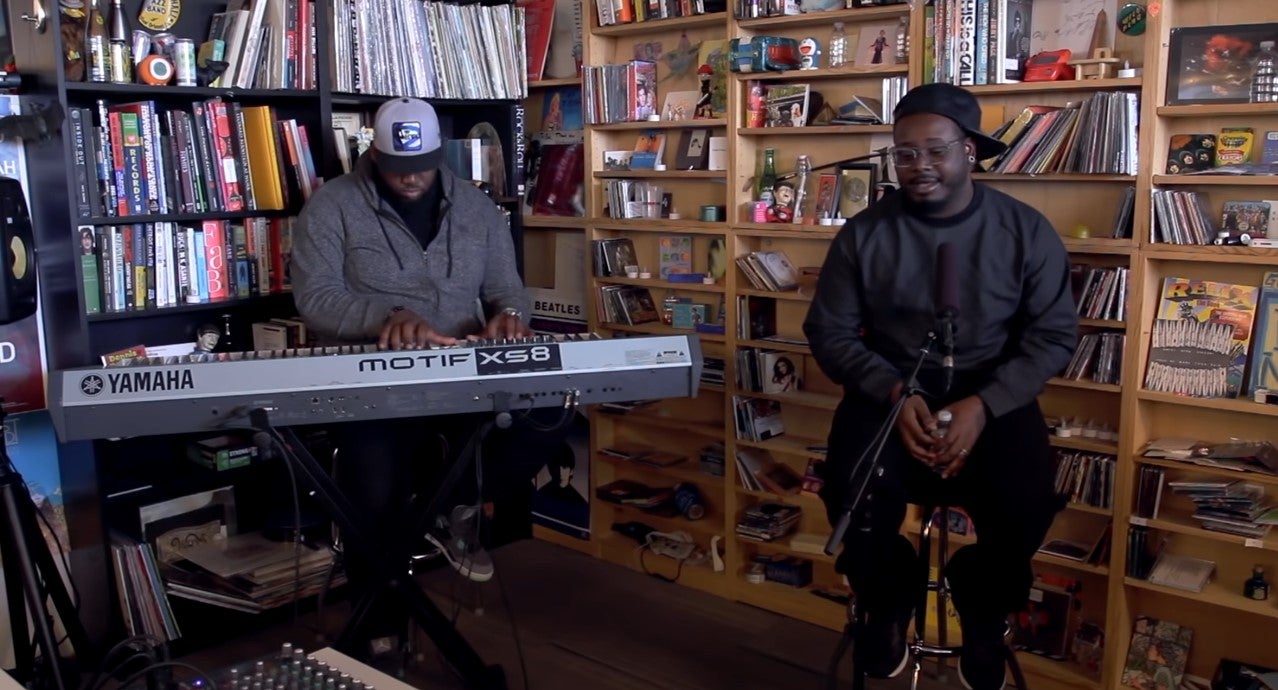 Who did it better: the studio or ‘Tiny Desk’ recording?

There is nothing quite like listening to live music, you get to experience an intimate affair and hear your favorite artist perform your favorite songs right in front of you. NPR’s Tiny Desk concert series is able to replicate the intimate feeling of this experience with their YouTube videos.

NPR a.k.a. the National Public Radio, is a privately and publicly funded non-profit media organization in America. On their official YouTube account, they speak about any and all things music. One series has caught the attention of a lot of people: the Tiny Desk concert series.

The idea of Tiny Desk came to show producer and musician Bob Boilen and NPR music editor and writer Stephen Thompson after they left a bar gig, frustrated that they couldn’t hear the music over the crowd. Thompson joked that maybe the artist should just perform from Boilen’s desk, and the rest was history. Laura Gibson had the honors of being the first artist to perform from behind Boilen’s desk in 2009.

Tiny Desk allows artists from all over the world to perform like some of them have never done before. Before the pandemic, artists would travel to NPR’s headquarters in Washington, D.C. but now “Tiny Desk (home) concerts” have become the new normal in light of the past couple of years.

Because of the premise of Tiny Desk concerts, performances are very intimate small gatherings. Audiences were, during the pre-pandemic era, mostly made up of NPR employees and some of their friends and loved ones.

Tiny Desk offers artists an avenue to experiment with the arrangement of their songs as they use all live instruments and vocals, treating the audience to new ways of hearing their faves singing their faves.

With all this in mind, it may beg the question: which rendition of a song is better, the NPR Tiny Desk concert version or the officially released studio recording?

Here are a couple of examples of artists whose performances and songs were made spicier thanks to the atmosphere that Tiny Desk provides.

Olivia Rodrigo’s name has been one of the top trending topics of the pandemic, especially in its early days. She seemed to have sprouted into success out of nowhere, with people even accusing her of being an industry plant, but Rodrigo has definitely been putting in the work towards her success.

Perfectly in line with her song drivers license, Olivia Rodrigo’s Tiny Desk (home) concert is set in a DMV which she describes as emitting “interesting vibes”. Rodrigo and her band serenade the DMV and audiences at home with more mellowed out versions of her SOUR album hits. Included in her set is a performance of drivers license with only a piano as accompaniment versus the well-known symphonic production made by Dan Nigro.

The live performance gave Rodrigo much more room to take her time and really put a power punch of emotion behind every lyric that she sang. Despite the emotional words in her songs, we could see how much fun she and her band were having, and the good vibes were indeed contagious. In between her songs, Rodrigo would smile and give an encouraging thumbs-up, but the most immaculate vibes came when she danced around in the DMV while singing “deja vu”.

Speaking of trending names, Jack Harlow has definitely been making a splash recently especially with the release of his second studio album, containing a song that was on everybody’s minds even before the full track was released. Hearing his Tiny Desk session may convert you into a fan if you aren’t already or might make you into an even bigger one if you already are.

It wasn’t so much of a stripped version of his songs like some artists prefer to do, but the live instruments mixed with the chemistry of the live backup vocals with his performance just all came together to create the audio version of that one scene in Ratatouille.

One user even credited Tiny Desk for exposing them to their favorite genre. Other artists such as Tyler, the Creator also took this approach in his own Tiny Desk concert back in 2017, garnering more than 27 million views.

Speaking of hip-hop artists being taken out of their comfort zone, in case you didn’t know, T-Pain had his own Tiny Desk concert as well all way back in 2014. “This is weird as hell for me,” the rapper admits he’s “never done anything like this”. Accompanied only by a piano, T-Pain jokingly tells people who are wondering where the auto-tune will be coming from that it’s in his pocket, surgically inserted.

In the video description of T-Pain’s Tiny Desk concert, Frannie Kelley writes that NPR “asked him if he’d grace the Tiny Desk without any embellishment or effects,” adding that this request was meant to “show what’s really made his career”. Throughout the video, T-Pain laughs a lot, possibly due to feeling like a fish out of water but also hopefully because of his being given the opportunity to strip everything away and show off his true talent.

With his frequent use of auto-tune in his songs, people forgot that T-Pain was not using it to mask his voice, but to create a distinct sound. “People felt like I was using it to sound good,” Kelley quotes T-Pain, “but I was just using it to sound different.” And when you hear his soulful and sultry rendition of “Buy U A Drank (Shawty Snappin)” there is no doubt that T-Pain is so much more than just auto-tune.

Similar to T-Pain, Mitski also chose just one instrument to accompany her throughout her entire set, although she chose to play the guitar herself. Standing alone behind Boilen’s desk, Mitski makes the “tiny desk” not seem so tiny.

Her performance is the epitome of emotional and raw. You could physically feel each lyric that she sang, exposing her vulnerability fearlessly while still keeping the spirit of grunge alive with the sound of her electric guitar.

Mitski’s voice control adds a whole other layer to her storytelling when she sings, especially when she uses her guitar to pick up her voice during her performance of “Class of 2013”, adding an eerie echo which will send shivers down your spine.

And starkly contrasting this is her quiet smile after each song and her little bow in the end which, while giving viewers a sense of relief after the intensity of her set, also accentuate the power of Mitski as a powerful performer making it seem like performing that emotional set was almost nothing for her.

Anderson .Paak and The Free Nationals

Another high-energy and high-impact performance may be that of Anderson .Paak and The Free Nationals. As .Paak himself put it, “Tiny desk, big hearts.”

.Paak’s live performances are usually characterized by mosh pits and incredibly prolonged drum solos, but behind the tiny desk, he and his band needed to recalculate to find a more mellow approach to their tunes while still keeping their energies high.

At the end of their melodic and “low” rendition of “Heart Don’t Stand a Chance”, .Paak asks the audience “Do you know how hard it is to play that low?” Throughout their set, .Paak teases the audience and his fellow band members.

Seemingly up for a challenge, .Paak bravely asks his audience for any song requests for them to perform. The request for “Suede” took him and his band by surprise, questioning if they can perform the song in their current setup.

The group takes a moment to decide on what they will do, with .Paak telling the members to “go over the notes” and suggesting that they “start like we used to do back in the old days” The impromptu performance led to a false start, but it was amazing to see that immediately following this, the entire band was able to deliver a stunning new rendition of Suede which .Paak later jokes is one of his mom’s favorite songs.

Along with offering artists and audiences new arrangements of beloved songs, Tiny Desk has also repeatedly been applauded for their masterful sound design. Just check out this comment under Olivia Rodrigo’s Tiny Desk.

A prime example of this would be the case of Linda Diaz’s Tiny Desk (home) concert.

Clearly set in a windy place, with hair and clothing swishing in the wind, every instrument and lyric performed is crisp and clear. Despite the microphone not picking up any noise from the wind, if you listen closely you can actually hear seagulls in the background.

The sound design allowed viewers to get some stunning and dreamy visuals while still hearing Diaz’s soft and sweet performance of “Green Tea Ice Cream”, the Tiny Desk version of which is thankfully uploaded on Spotify.

If you want to learn more about the craft of Tiny Desk’s sound system, audio engineer Josh Rogosin has got you covered. In various short videos, he teaches you about microphone placement, the importance of balancing your group’s sound as if you were all seated around a campfire, and even the importance of (microphone) protection to minimize noise.

As mentioned earlier, Tiny Desk has resorted to doing home setups in light of the pandemic, although the heart and soul of the series is still clearly there. If you are feeling nostalgic for the pre-pandemic setup, producer Bob Boilen once hosted a video showing a 360 view of a short clip of Wilco’s Tiny Desk concert. The 360 view gives you an immersive experience into the NPR office and its Tiny Desk concerts.

Now all of this, of course, isn’t to say that the studio recordings of the artists mentioned above aren’t any good. It’s just that Tiny Desk offers a fresh new way to hear the songs. It brings new life to some of your favorite songs, even making them appropriate for different moods (depending on which arrangement you listen to). 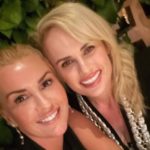