Unless you’ve been living under a rock, you’ve probably recently been hearing the name: Olivia Rodrigo, or at least, you’ve heard one of her songs playing in the background of numerous TikToks on your For You Page.

Following the release of her Vogue Beauty Secrets video on Youtube, and her debut album SOUR, Olivia Rodrigo has been receiving criticism about her “sudden” rise to fame. Some critics comment on her youth, in disbelief about how someone so young can achieve such fame almost overnight. 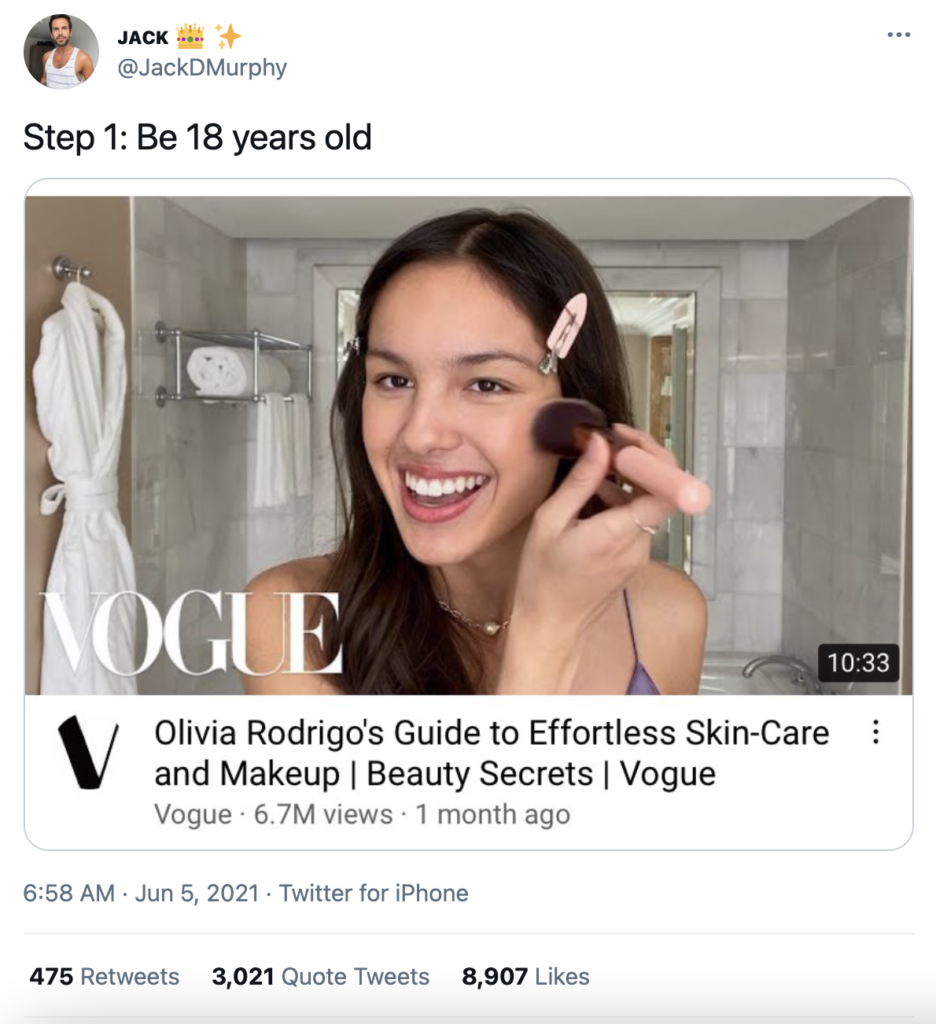 The disbelief of those criticizing Rodrigo has even reached the levels of accusing her of being an industry plant.

“Industry plant”, is that supposed to be an insult?

Slightly longer answer: the definition of an “industry plant” has become a bit more inclusive over the years.

The term originally popped up in online Hip-Hop community forums, around 2010. The term, then, referred to artists who present themselves as “self-made”/ “home-made” artists who were actually being supported by major record companies in the shadows.

The artists deemed as industry plants were seen as pawns for major record companies who are trying to take control of the music industry. Some artists accused have been Kanye, Drake and Chance the Rapper.

“Industry plant” was usually an accusation pointed towards artists who seem to have come out of nowhere and are suddenly hitting the top of the charts. Artists are not compelled to admit whether they are indeed industry plants because this would do major damage to their built personas and their “humble” origin stories, especially in the Hip-Hop and Rap industries which center so much on authenticity and going against the grain.

Over time, the accusations on artists, and the very definition of being an industry plant, broadened. Being an “industry plant” morphed into being an artist who gained musical success through hidden connections within the music industry, which may or may not be familial connections.

It may also mean that an artist’s each and every move is controlled by their record company in order to become more popular, this includes the way an artist may present themselves to the public and the type of music they produce.

The accusations are now being thrown around in the Pop scene as well, although it seems like more female artists are getting pointed at now. Artists like Lana Del Rey, Billie Eilish, and now, Olivia Rodrigo have been speculatively branded as industry plants. 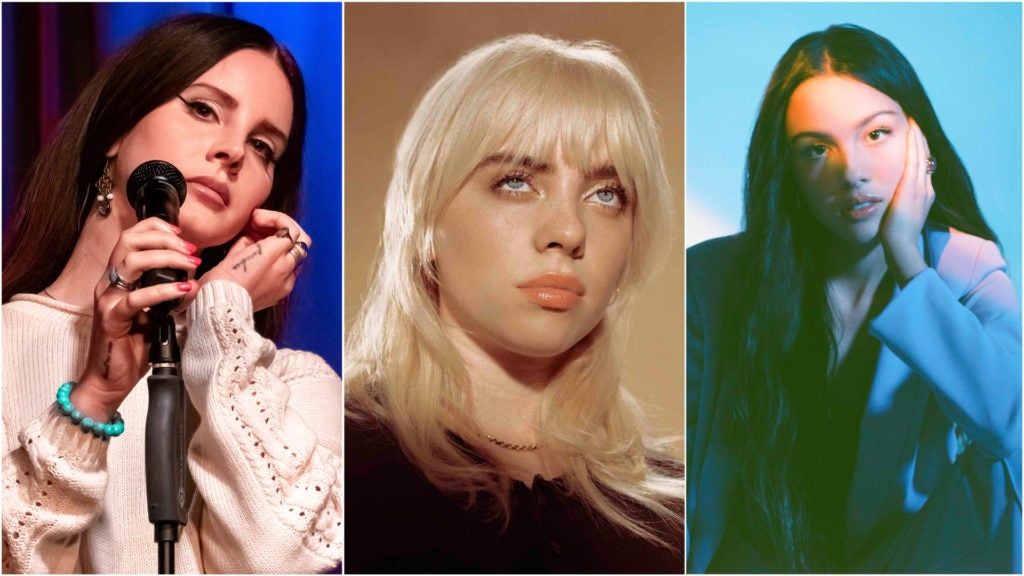 In the case of Olivia Rodrigo, she never really branded herself as a “self-made” artist in the first place, so that debunks the original definition of an industry plant.

If it seems like she came out of nowhere, you may be surprised to find out that she’s actually been around for a while, it’s just that you might not be her main target audience. Rodrigo is most known for her performance in Disney’s High School Musical: The Musical: The Series, she has also starred in the Disney show Bizaardvark. You may be unfamiliar with every new show, movie and actor that Disney produces… but the kids these days sure aren’t (don’t worry, I’m sure you’re young at heart)! 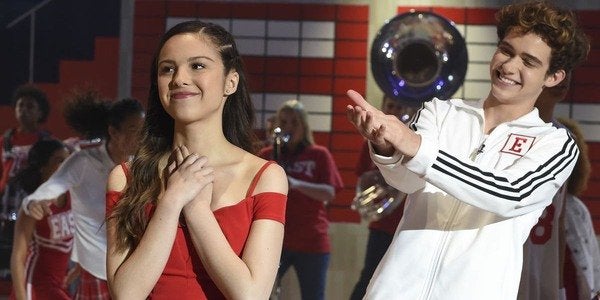 Rodrigo has a lot of major backing, Disney alone may provide substantial support, although she is also represented by some pretty big record companies. Rodrigo has label deals with both Interscope and Geffen Records. Interscope Records has represented artists such as Billie Eilish, Lady Gaga and Machine Gun Kelly. While the stars under Geffen Records have been Jacob Collier, Weezer and even Lil Huddy. So, with Disney, Interscope and Geffen Records at her side, suffice it to say that Rodrigo is in some great company and has definitely had some help in her rise to fame.

It probably also didn’t hurt Rodrigo’s career that her marketing team is literally doing the most for her. Her team went hard trying to get the word out about her album.

The SOUR box was a goodie bag sent to celebrities such as Gwen Stefani, Joe Jonas and the Kardashians, in celebration of the release of her debut album. 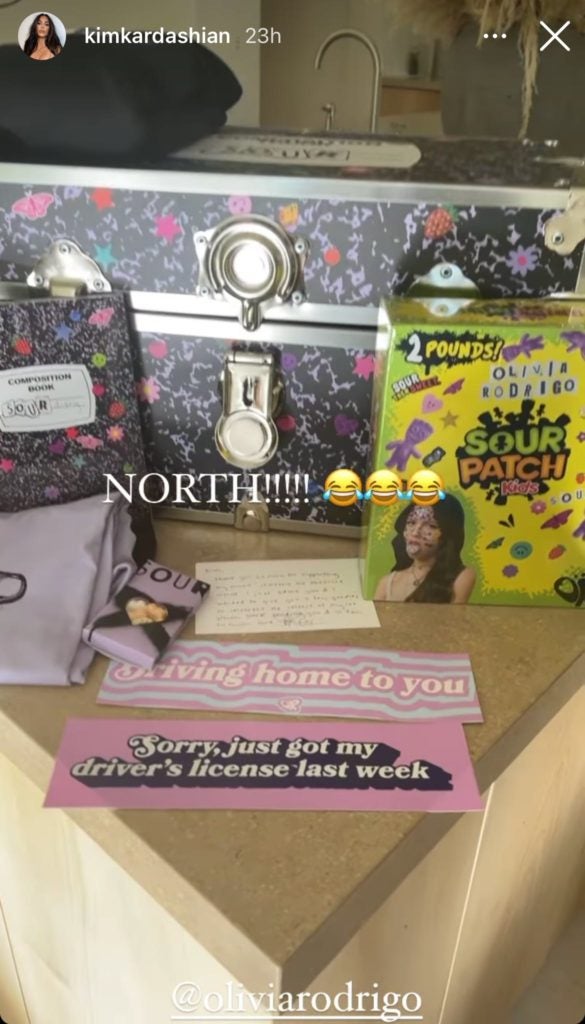 The team also created the SOUR hotline, a commercial for which aired in between the Saturday Night Live episode where Rodrigo debuted as a musical guest on the show. The hotline allowed fans to simulate being on the phone with Rodrigo and even get a sneak peek at the songs before the album’s release. 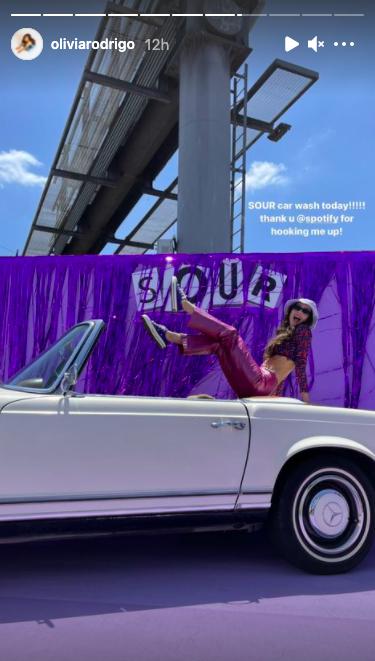 Other wonders provided by the marketing team were the SOUR car wash (a safe meet and greet for Rodrigo’s top Spotify listeners), a Depop account where fans can buy the actual clothes that Rodrigo wore in the good 4 u and deja vu music videos (and other pieces from her personal wardrobe) for an affordable price– the proceeds of which go to charity, and even a collaboration with the Sour Patch Kids. 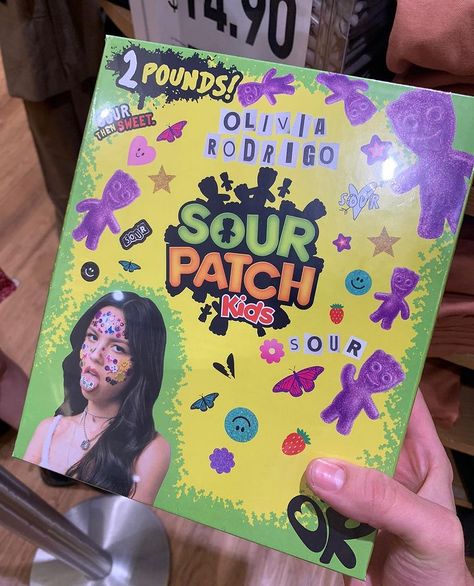 A round of applause for the marketing and promotions team of Olivia Rodrigo… a standing ovation, even, perhaps.

It is important, of course, not to forget as well the mighty power of TikTok. Rodrigo herself said that she wrote the melody to her record-breaking driver’s license thinking that she “wanted people to make TikToks where they can transition into it”

Rodrigo currently has 7.8 million followers. Combined with the curiosity piquing content of the song and the whole love triangle situation that came with it, TikTok users definitely kept that song (and even the tea behind it) circulating throughout countless For You Pages.

It’s a big part of a record company and their respective teams’ job to help their artists reach the charts but saying that this is the only reason that an artist gained their success is kind of problematic. It is an insult to the hard work and talent of the artist.

Sure, record companies may possess (some) control over their artists, but it is the loyalty of the fans that keep them at the top. Halsey, also once accused of being an industry plant, confronted the accusations on Twitter. She proclaimed that “YOU GUYS made me what I am today by coming [to] the shows and loving the music […] before I had even 1 second of radio play”.

And fans wouldn’t be flocking towards these artists if there wasn’t something they resonated with. The fans of Rodrigo came to her aid in the face of criticism as well.

Whether or not an artist is an industry plant, there is only so much a company can do without an artist actually having talent, and fans that recognize this.

Maybe Olivia Rodrigo is an industry plant, maybe she isn’t, but maybe it’s time to let the music speak for itself. It may not be everybody’s cup of tea, but it has certainly found its following, so don’t be sour about a teenage girl’s success, and don’t knock it before you try it.