As the Grammy award-winner, Dua Lipa, celebrated the fourth anniversary of her debut album last June 2, she opened up to fans on Instagram about being bullied online for her dancing.

She thanked her fans and critics alike for helping her grow for the past four years, saying that the online bullies “made me want to dance my a** off, and just really get better, so thank you so much.” 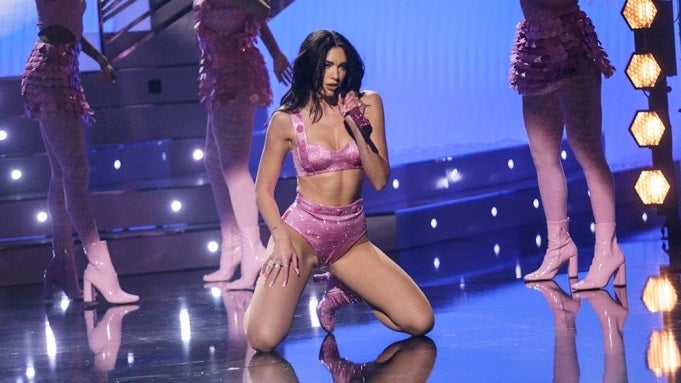 She also told her fans that she is excited for them to see what they’ve got coming up next.

Dua Lipa talking about the 4 year anniversary of her debut album via Instagram Stories! #4YearsOfDL1 pic.twitter.com/mPJXzijJXG

When Dua Lipa rose to fame back in 2017, internet users turned clips of her dancing on stage into memes and GIFs, aimed at mocking the pop star’s moves.

my therapist: dua lipa awkwardly dancing to one kiss with two backup dancers isn't real, it can't hurt you

Also, this Dua Lipa/ Feel Special crossover meme that originally had millions of views is still a good laugh and will live in your head rent free for months ✨pic.twitter.com/xkuHGN6t5r

I turned myself into a @DUALIPA meme today! 😂😂

“For a short period of time, it messed with my mental health. You know, I’d go on stage and if somebody was filming me, in my head, I wasn’t, like, ‘Oh, they’re filming me because they want to keep it.’ I was like, ‘They’re going to film it so they can laugh at me or something,’” added Dua Lipa.

The public has since acknowledged Dua Lipa’s improved choreography over the years. She’s also now praised for her dancing, singing, and stage presence.

Dua Lipa really worked on her stage presence this era and we love to see artists growing.

Dua lipa is doing SO good, the girl has taken no break and delivered consistent bops and how well she took the constructive criticism and improved her stage presence. I'm really looking forward to ha https://t.co/syKEfbxk4N

FUTURE NOSTALGIA (2020) by Dua Lipa deserves every bit of praise it gets. Dance music that simultaneously looks forward & backwards, I couldn't think of a more apt title. A perfect voice for these songs – it's a shame millions weren't dancing to this record in clubs all year. A+ pic.twitter.com/xllR3BV8wA

Dua Lipa has improved so much in her singing, dancing n stage presence. So proud of you 👏 pic.twitter.com/CTo4okeFBf

Dula Peep been in them rehearsals rehearsing. The growth. pic.twitter.com/c1Ei9rDtsB

Dua Lipa, who won best new artist and best dance recording at the 2019 Grammys last year, proved that online bullies do not affect her anymore, and that whatever form a troll may take on, she could overcome it.