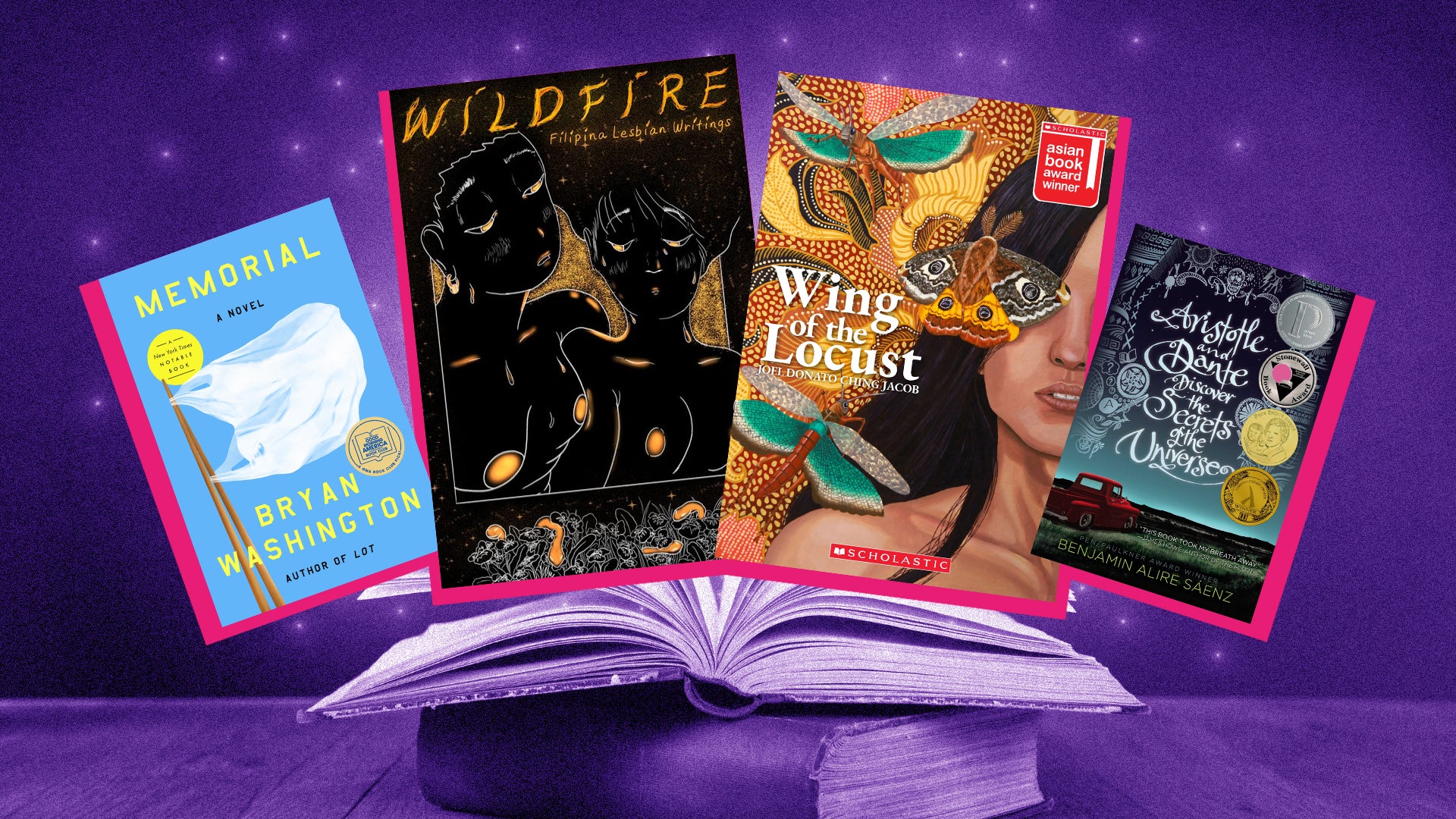 15 books with LGBTQIA+ stories to read this Pride Month

Pride month is here and what better way to celebrate than by tickling your brain with some books written by LGBT+ writers and/or are about LGBT+ stories? Thankfully, we have reached a time where there is a proliferation of content about the LGBT community by the LGBT community in both local and foreign spaces.

Here are 15 LGBT books to add to your to-read list this pride month. Enjoy!

Wing of the Locust by Joel Donato Ching Jacob 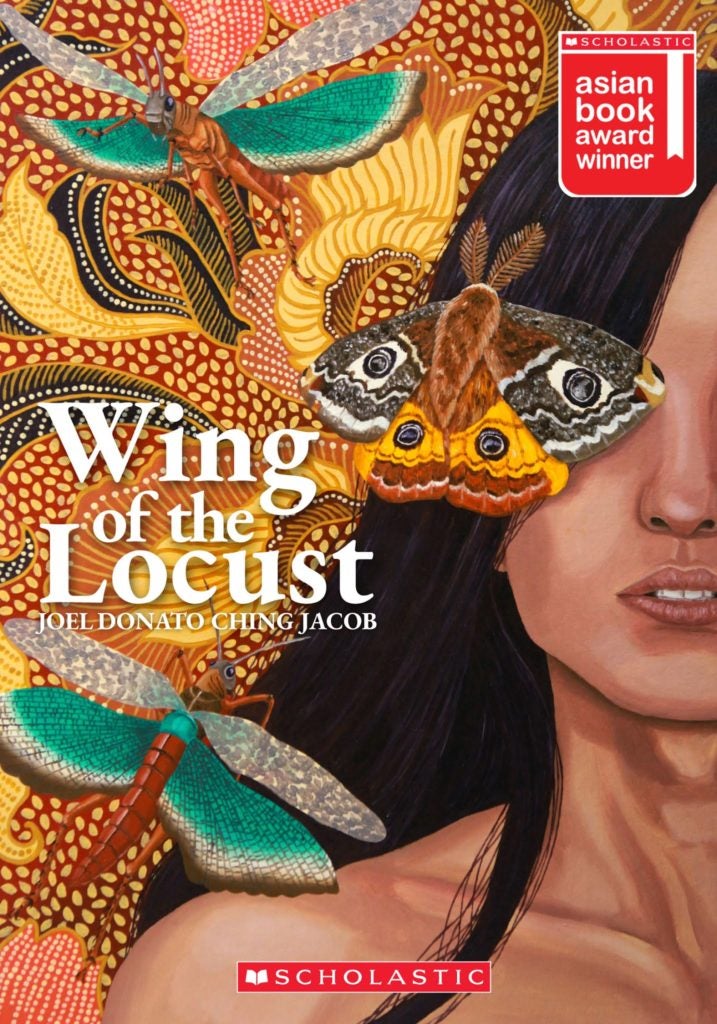 Set in an alternate pre-colonial Philippines, Wing of the Locust tells the story of Tuan as he leaves his world of the mundane for that of magic. Now an apprentice mambabarang, Tuan learns that on the road to becoming a powerful witch he must get his hands dirty… and he just isn’t sure yet how much he is prepared to do. 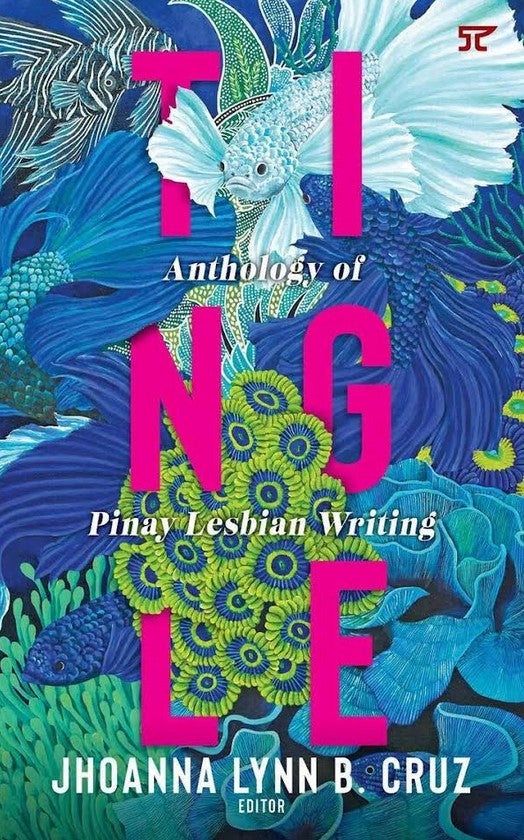 “What makes you tingle as a lesbian?”

This is the central theme of Tingle. While the pun on the pronunciation of “tingle” and the Tagalog word for “clitoris” is not lost upon most, many of the responses to the question posed are not of a sexual nature.

Exploring the things that cause those little butterflies to prance around bellies and a prickling feeling in the skin of women who love women (wlw), the tingle represents only the beginning for these wlw. A tingle is the first spark that illuminates a type of love that cannot be hidden. 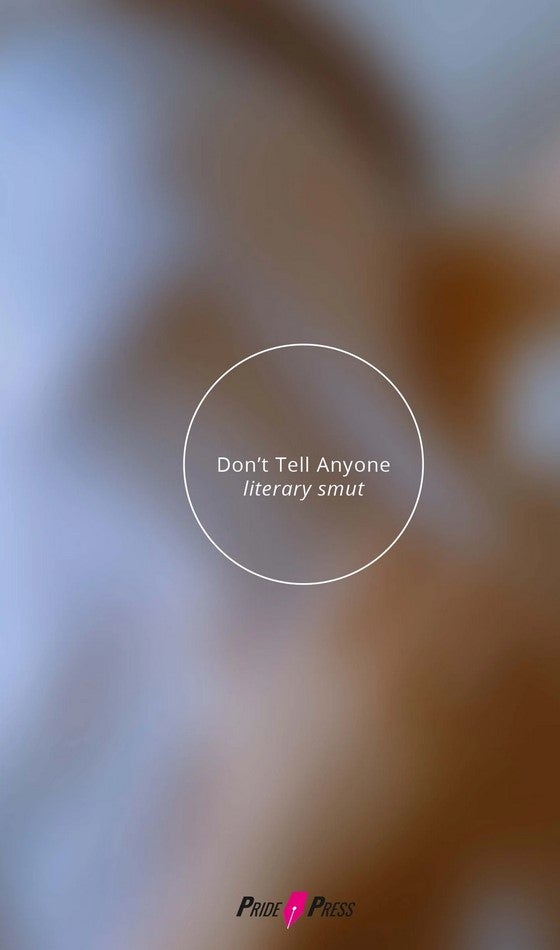 Challenging not only the conservative views on sex but even more queer sex, Don’t Tell Anyone opens up the conversation to make it hushed no longer. In her introduction, Sison questions “why do we fear the bastos?”

Casocot and Sison split 12 stories, with six pieces each. Casocot illustrates “All the Loves of My Life” while Sison delves into “All My Broken I Love You’s.” The 12 stories lift a veil over the courtship and tension that occurs in same-sex relationships. The collection creates a sincere, vulnerable, and steamy read. 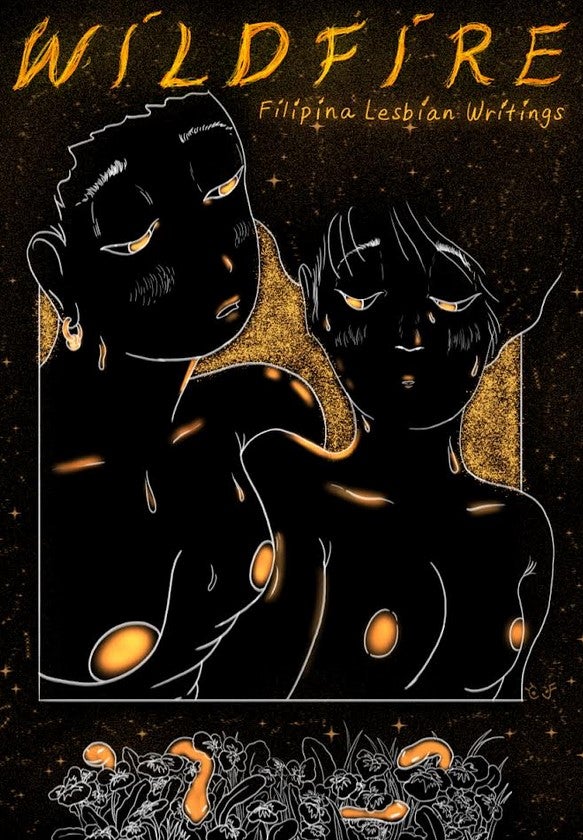 Independently published by Gantala Press, this little publication house is known for lending a microphone to all kinds of feminist voices.

Wildfire is an amalgamation of different narratives (and narrative forms) with stories in the forms of poetry, prose, visual arts, and more submitted by people in and outside of high school and college. 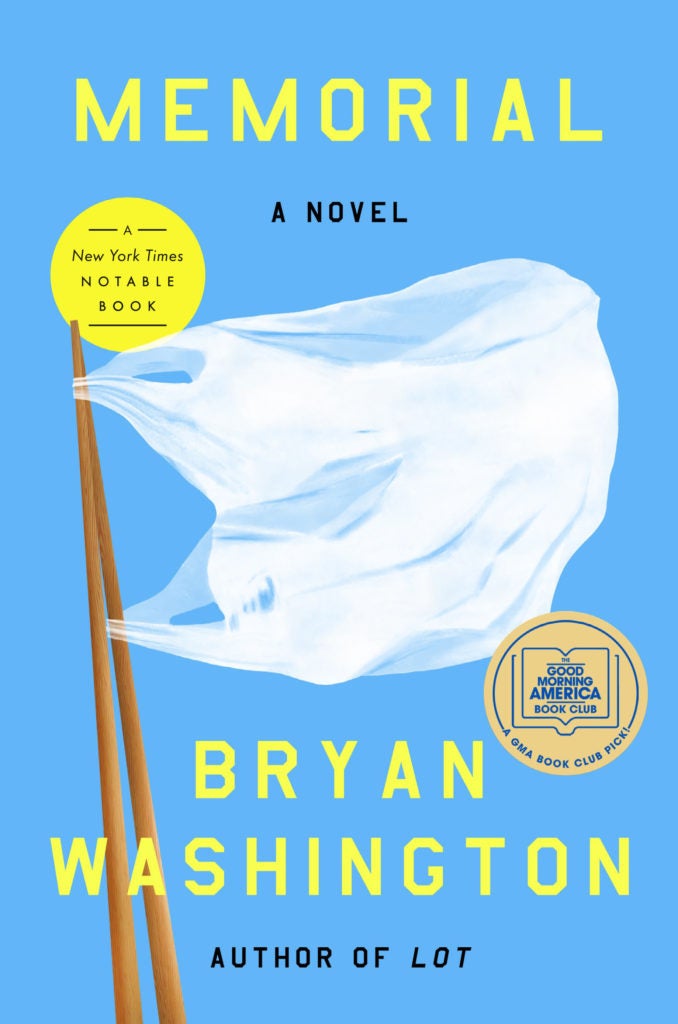 Benson, a Black daycare teacher, and Mike, a Japanese-American chef, are two people who have been living together for quite some time now. Despite having spent good years in each other’s presence, as the days go by, they start to question why they are even still together.

The news of Mike’s estranged father’s illness serves as a catalyst for change. As Mike makes his way to Osaka, his mom Mitsuko makes her way to his home. Swapping homes, Mike is forced to confront his family’s past while Mitsuko and Benson make for unconventional roommates that needed each other more than they thought. Through their separation, Mike and Benson are able to grow individually and finally see what they want out of their lives and exactly just how to get it. 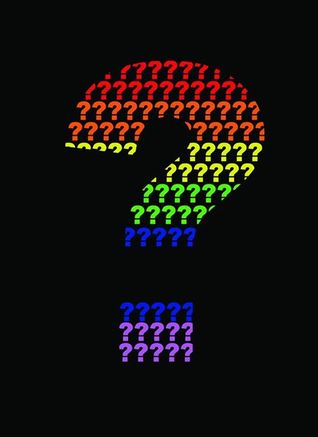 This compilation of funny, raw, and honest stories answers people’s burning (and sometimes rude) questions about any and all things that may have to deal with the LGBTQIA+ community.

Taking questions at face value, respondents answer various questions through their real-life experiences which are at times hilarious and at others painful to hear (but still important to tell).

This forthcoming, highly anticipated release is a monumental collection and the first of its kind. It tells the stories of trans and gender diverse Filipinos through poems, stories, and essays. Definitely a long-overdue step in the right direction for trans representation and visibility in the Philippines, Trans Pilipinas will shine a much-needed light unto the sparkling diversity of the LGBTQIA+ community here in the Philippines. 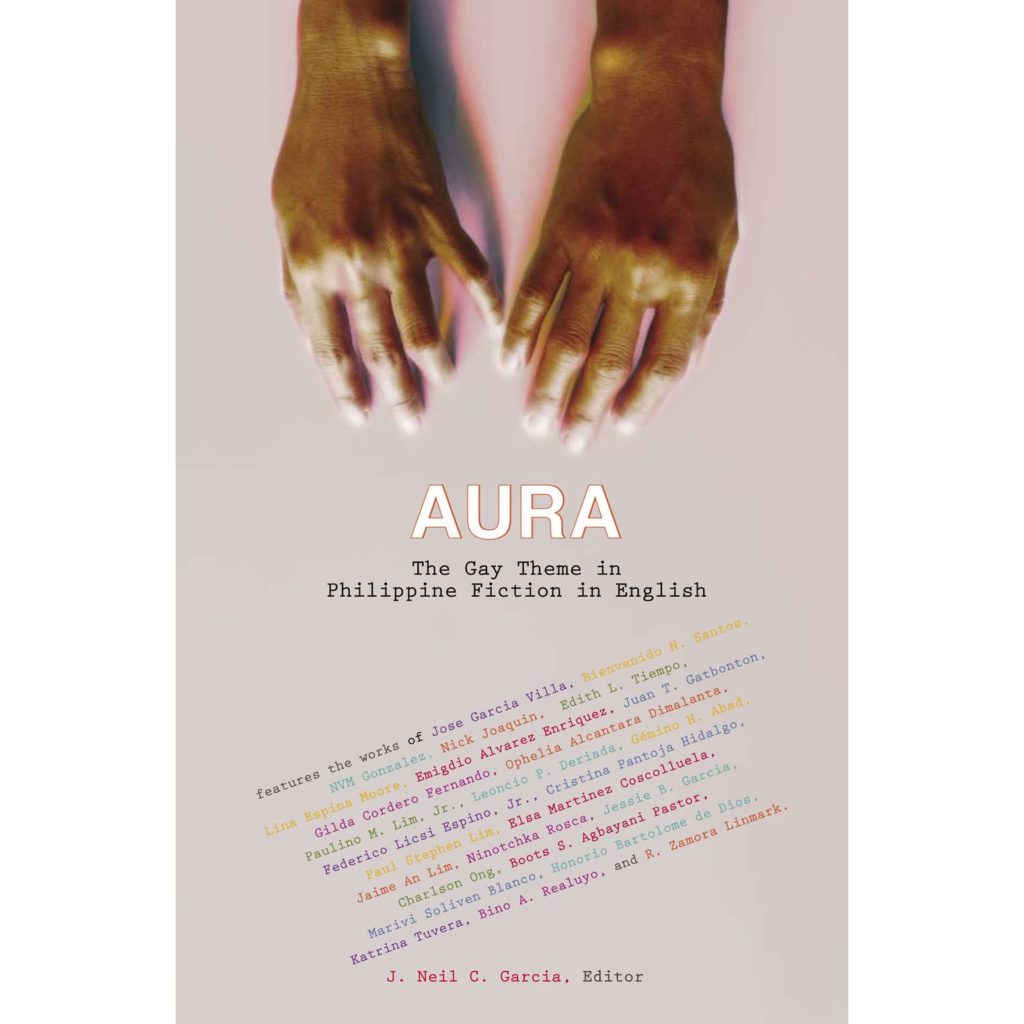 This book by Garcia collates excerpts of famous Filipino writing with gay themes written in English. Taking all of these texts together, Garcia presents a form of the literary identity of homosexuality in the Philippines.

The interpretation must be done with a careful hand, not forgetting to take into consideration the historical context of each text. Up for evaluation are texts from authors like Jose Garcia Villa, Nick Joaquin, Edith L. Tiempo, Ophelia Alcantara-Dimalanta and many more prominent names in the Filipino literary scene. 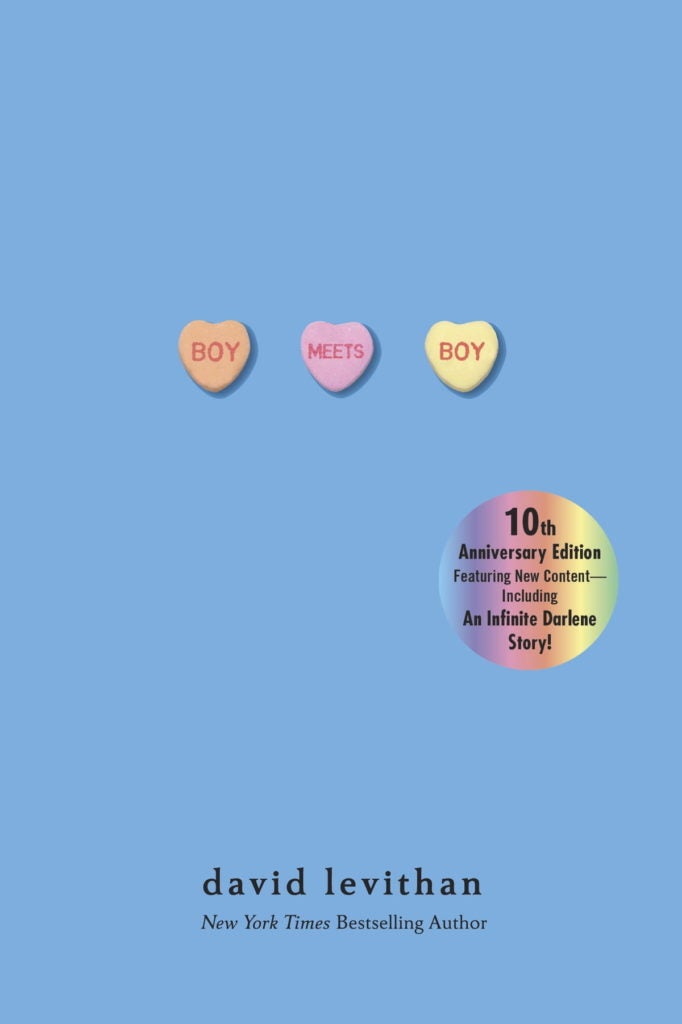 In this progressive high school, the star quarterback is homecoming queen and the cheerleaders aren’t afraid to pull up in their bulky motorcycles. Paul is a sophomore here and believes that he has just met the love of his life, Noah. Although a mishap causes him to lose Noah, Paul isn’t giving up without a fight.

With all the makings of a heartwarming rom-com, Paul also has to keep his friendships in mind as some of his best friends pull away or are facing their own battles. Paul is prepared to reclaim all the forms of love he has found and lost for them to be his once more. 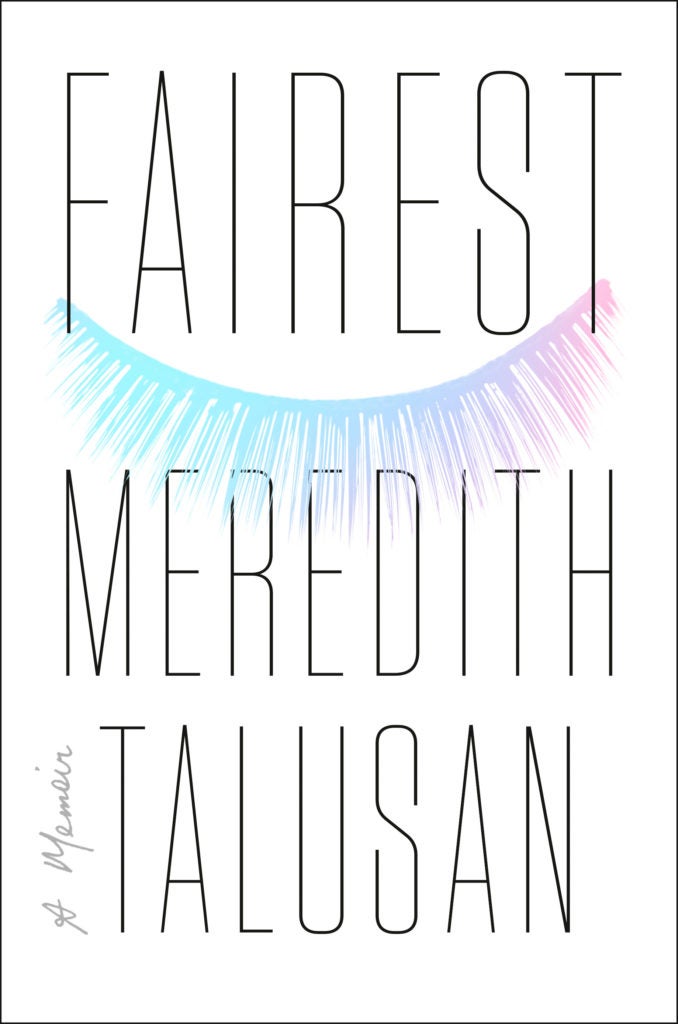 Critically acclaimed from all over the world, Meredith Talusan tells her story with a brave heart and unflinching hand. Ocean Vuong, author of On Earth We’re Briefly Gorgeous, describes Talusan’s memoir as “A ball of light hurled into the dark undertow of migration and survival.”

Talusan chronicles her arduous journey of self-discovery from being a sun child in the Philippines to a student at Harvard, later transitioning into womanhood, in America, and feeling comfortable in her skin. In an honest and intimate memoir, Talusan leaves in all the gritty details of her experiences of gender, privilege, education, and race. 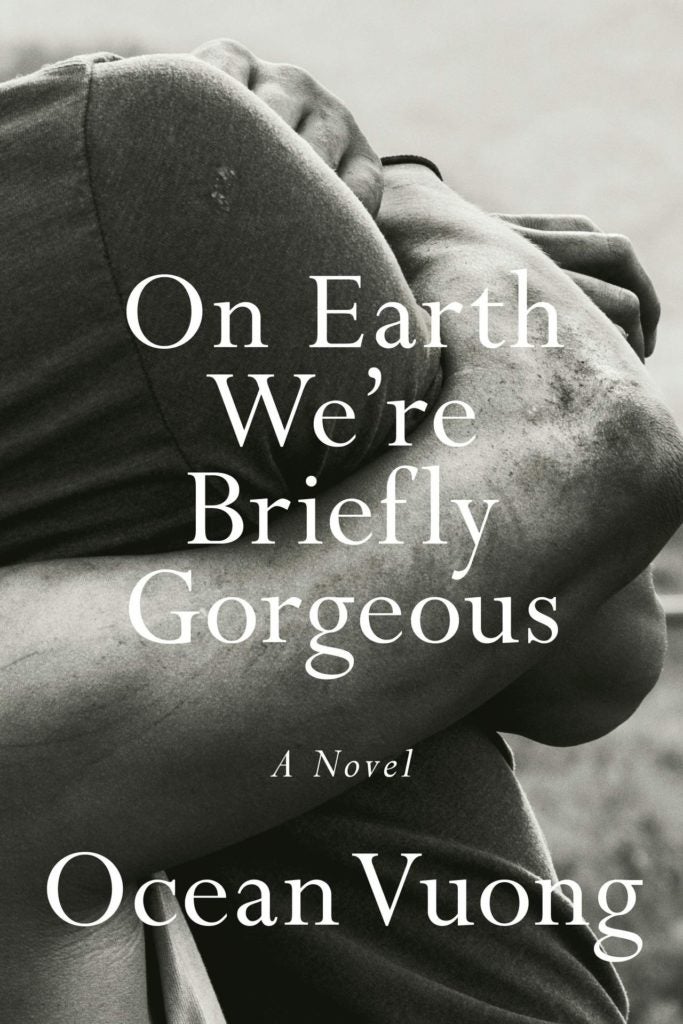 Speaking of Ocean Vuong, his own debut novel gets a spot on this list as well. Already establishing himself as a poet, the influence of his poetic mind is laid all over the pages of his novel. Every moment is vividly told in the moist poignant way possible, revealing the beautiful side of even the darkest of moments.

Little Dog writes a letter to his mother who doesn’t know how to read. Now in his late twenties, he recounts moments from his childhood- even that of his mother’s—and is not afraid to bare all, revealing things she might have not known about before. A brutal story carefully laid out by the loving hands of Vuong, On Earth We’re Briefly Gorgeous examines race, war, masculinity, and the painful struggle of trying to be heard.

My Family by Kata Garcia, illustrated by Borg Sinaban 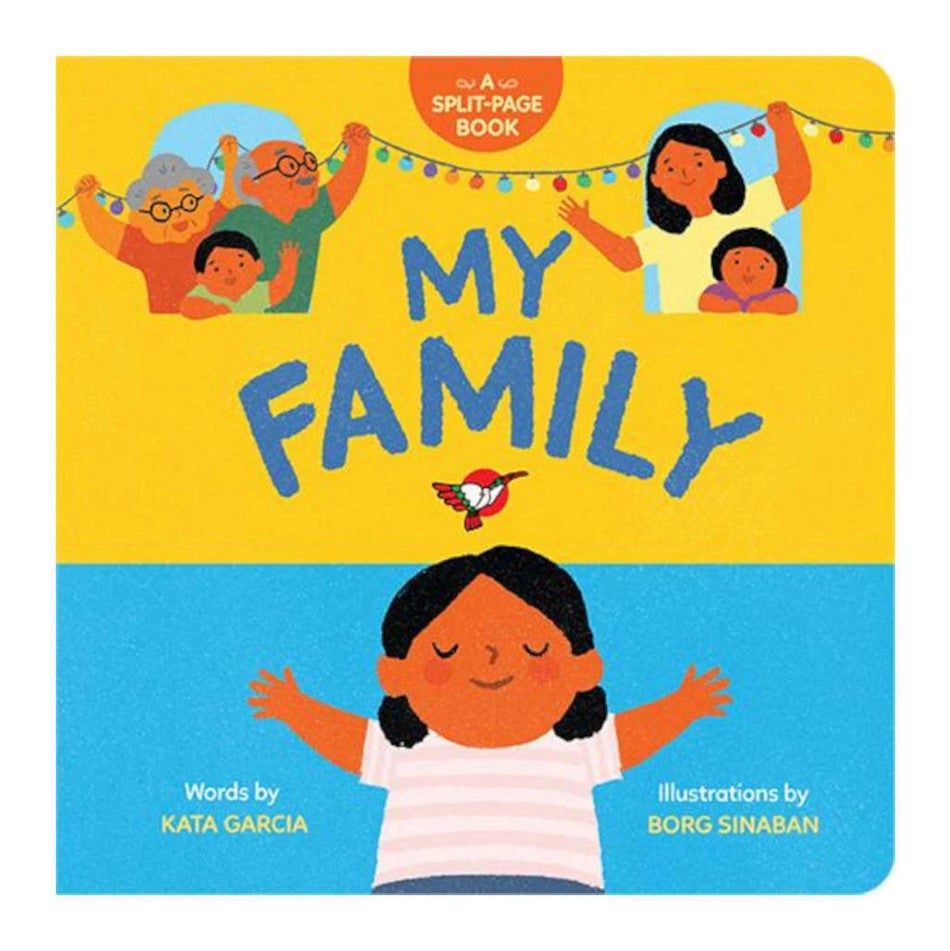 With both Tagalog and English translations, this children’s book aims to teach the young about the many ways that a family can look like. There isn’t just one definition of what a family can be and that’s okay. 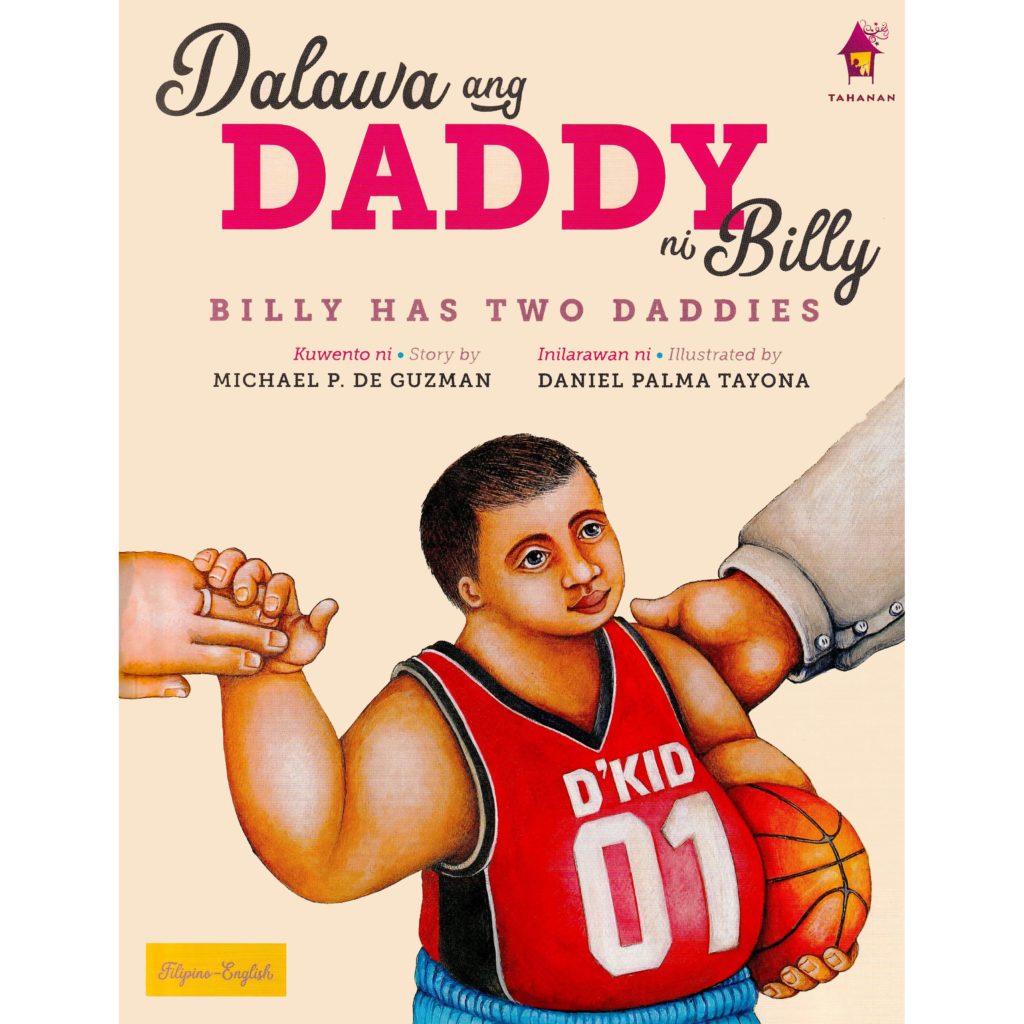 Another children’s book to help kids learn about what different experiences of growing up can look like, Dalawa and Daddy ni Billy goes deeper.

Billy is bullied at school for having a family that is “different”, he has two dads instead of just one. Billy is soon able to learn that being different is not always a bad thing, in fact it is what makes us unique. Just because Billy’s family looks different from his classmates, doesn’t mean that there is any less love in it.

Wow, No Thank You by Samantha Irby 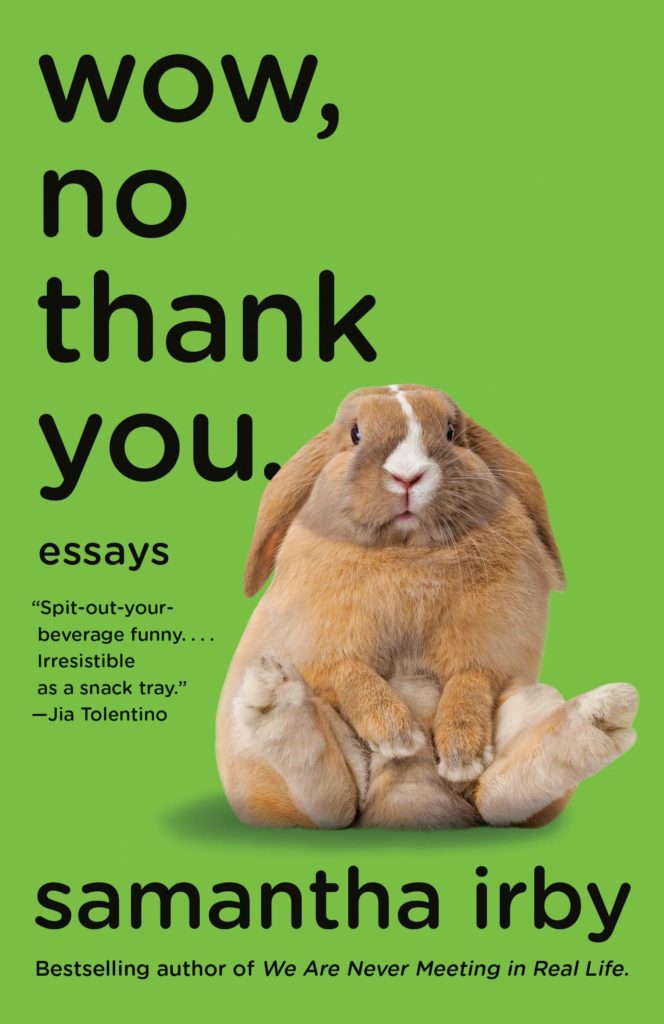 This side-splitting essay collection will have you wiping away tears of laughter while reading through some very real and serious problems in life as one grows older.

As Samantha Irby decides to settle down with her wife and stepchildren in a small-town in America, while leaving her job to pursue the calls of Hollywood, Irby realizes that she has turned forty and is growing more and more uncomfortable in her own skin. Irby takes her readers on the ride in this new chapter of her life which she candidly describes for all to see—while doing it with style and humor. 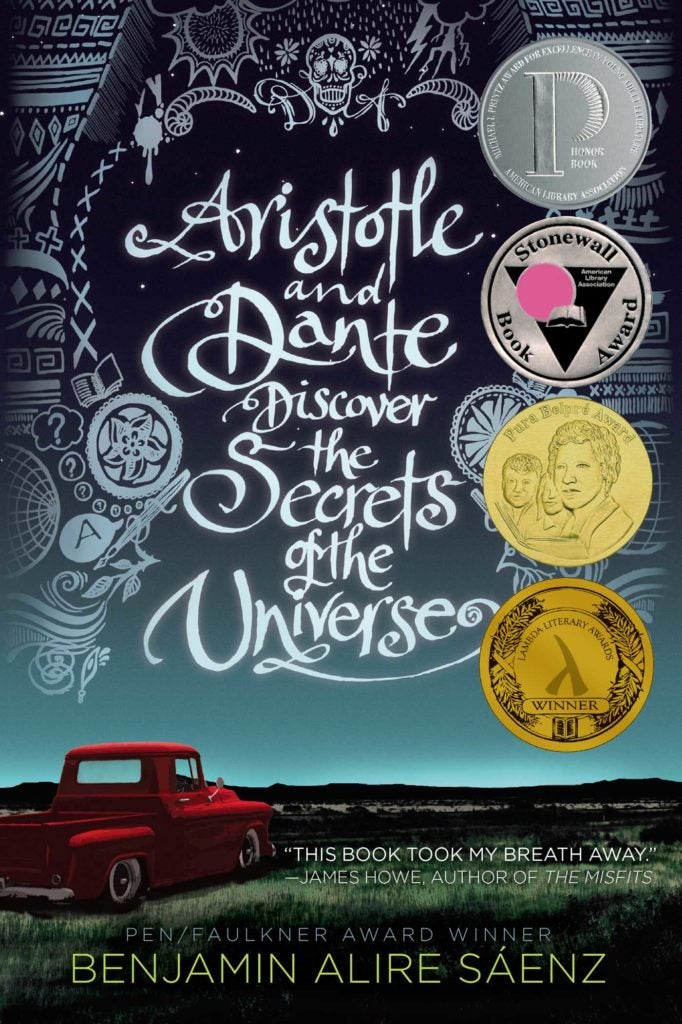 With its sequel just coming out last year, read the story that started it all. Pen/Faulkner Award Winner Sáenz’s first installment of the story of Aristotle and Dante was lauded with so many awards that they take up most of the book cover.

It’s the beginning of summer and Aristotle has anger brewing inside of him. With a dysfunctional family at home, he prefers to spend his time wandering around until he meets Dante. Almost the complete opposite of Aristotle, Dante seems to have the perfect life and the IQ to boot. As their unlikely friendship continues to blossom, Ari and Dante discover important secrets within themselves and the universe around them. The two learn that their friendship is one that will last a lifetime and leave them forever changed for the better.

Expand your horizons this pride month. Thanks to these LGBT+ stories and authors, members of the LGBT+ community and allies alike can see more and more into the world of the LGBT through these literary representations. Happy reading and happy pride! 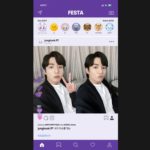 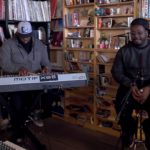 Who did it better: the studio or ‘Tiny Desk’ recording?