June is going to be an eventful month for ARMYs, as BTS will be releasing their brand-new album “Proof” on June 10, 2022, 3 days before the septet’s 9th year debut anniversary. Big Hit Music first posted a logo trailer of the group’s comeback on their official social media accounts, drawing in a lot of attention from the fans.

“Proof”, as described by Big Hit Music themselves, is an “anthology album” representing the “history of BTS.” The album is part of the BTS’ celebrations for their 9th year anniversary as a group.

The album will include three CDs that will give a summary of the K-Pop group’s discography, and will feature the tracks that “reflect the thoughts and ideas of the members on the past, present, and future of BTS.” “Proof” will also include 3 new tracks, with “Yet To Come” being the lead single.

Of course, ARMYs are already getting ready to support, stream, and fangirl over their favorites as they make their return with new music and a remake of their old songs.

what if BTS curses in proof, what if they say "HERE'S THE PROOF MUTHAFUCKA" and the beat drops and hobi flips and taehyung starts rapping and jungkook tears his shirt off

.@BTS_twt’s anthology album, “Proof” consists of 3 CDs including three all-new tracks – that reflect the thoughts and ideas of the members on the past, present and future of BTS.

Pre-orders start May 5 at 11AM KST pic.twitter.com/14EWNjcZjM

Not Joon telling us to get over HYYH because it's done ages ago and now this?? All men do is lie. #YetToComeIsComing #BTS_Proof #HYYH pic.twitter.com/fiUQH9qyLd

so 花樣年華 or 화양연화 (HYYH) that BTS used in the albums 'The Most Beautiful Moment In Life' means the "best time of life" or "the beautiful flowery time in life" or "the golden years of life" literally referring to Youth.. but it's Yet to Come 🥺#YetToCome #BTS_Proof

Compilation = an album that gathers old songs. BTS the Best is a compilation

Anthology = an album that gathers old tracks, remastered ones, remixed ones, demos and never heard ones

PROOF IS AN ANTHOLOGY ALBUM THAT HAS 3 MORE NEW TRACKS 🗣 pic.twitter.com/BfPEgCC0xx

I just cannot wait to absorb BTS's reactions on June 13th. Standing there as 7 members, 3 days after releasing an anthology, celebrating their 9th year since debut, being the first group in Korean music industry to release an album every year for 10 years without leaving-members.

something bout bts saying their names is making me cry pic.twitter.com/tzIKYhqUKC

and that's exactly why bts are genius for releasing an anthology album now at the level of fame theyre at among people who havent bothered to dig deeper pic.twitter.com/Xd2Oj4mf7G

ARMYs (veteran or not) should start streaming their old songs to get the feel of everything by June 10th, because wow their discography is just really that good. Are you ready for June, ARMYs? 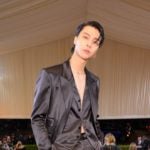 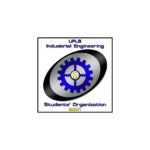