As of writing, it’s been 5 days since the 2022 Met Gala. And no, NCTzens are still in a daze after seeing NCT’s Johnny make his red-carpet debut at “fashion’s biggest night out,” author of this piece included.

Korean-American K-Pop idol Johnny Suh was first confirmed to be attending the prestigious fashion event by the Korean press days after the artist’s “sudden” trip to New York made rounds on social media. And of course, when NCTzens went wild after the NCT member’s attendance was confirmed and set.

WHO'S GOING TO THE MET GALA? #JOHNNYinMETGALApic.twitter.com/V8HS0Z3rDW

"JOHNNY SUH FROM NCT GOT INVITED TO MET GALA"

Then on May 2, 2022, NCTzen and K-Pop stan Twitter was ablaze with Johnny’s look for the Met Gala, as he looked chic and dapper all dressed up in a satin ensemble by Asian-American designer Peter Do. He is also the only K-Pop artist, apart from Squid Game actress Jung Ho-yeon, to attend this year’s Met Gala.

imagine going to your first met gala and being so nervous only to be trending #1. yeah johnny suh of NCT did THAT. pic.twitter.com/QBGUbR0Pwg

JOHNNY AT THE MET GALA WITH THAT COMA HAIR IS EVERYTHING 😭 Y'ALL HE IS SO GORGEOUS AND EVERYTHING AAAAAAHHHHKSJSKDHKSHDKSHSKSHSJGS#JOHNNYinMETGALA pic.twitter.com/d4ZNTPURsh

Sorta kinda melted when I saw Johnny Suh's outfit for the #MetGala. 🖤 pic.twitter.com/wpzYEdld9S

the rest of the johnny
people in met gala suhpic.twitter.com/HMJK8mZ9Wh

NCTzens and the locals obviously couldn’t get enough with Johnny’s absolutely dashing look at the red carpet and the Met Gala After Party, and eagle-eyed fans spotted the K-Pop idol sporting rings associated to NCT DREAM and Taeyong and Doyoung (DoTae)’s matching pair.

imagine going to your first met gala and being so nervous only to be trending #1. yeah johnny suh of NCT did THAT. pic.twitter.com/QBGUbR0Pwg

The Chicago-born idol was also seen “collecting” Western artists and models left and right as he posted photos with Gigi Hadid, Eva Chan, Anderson Paak, the Kardashian-Jenner clan, and others.

if u told me i'd be getting a kris jenner and johnny suh interaction at the 2022 met gala honestly i wouldn't believe you #JOHNNYXMETGALA #JOHNNY pic.twitter.com/2847owfLmv

johnny suh just had a full conversation with kris jenner at the met gala ?!!!?! #JOHNNY pic.twitter.com/9ahK6Es0fh

first he was with gigi hadid, second he was talking with kris and now he’s in the same table with the kardashian-jenners I’M SCREAMIN WTFSJAA JOHNNY SUH YOU’RE SO FAMOUS #JOHNNYinMETGALA #OurPrideJohnnySuh #MetGala pic.twitter.com/CygnyalUgG

On May 3, 2022, U.S. market research company Netbase Quid published its findings for the most mentioned men and women at the 2022 Met Gala. Beating the most-mentioned woman and the 2022 Met Gala Co-Host Blake Lively herself, Johnny Suh was the most-mentioned man and star overall with over 240k mentions on social media. Mr. Suh himself earned a place at Teen Vogue’s “25 Best Dressed” List.

Here are some top social media mentions around the #MetGala2022:

Johnny Suh was the most mentioned man on social media during the 2022 Met Gala. pic.twitter.com/mbeCA106E1

johnny suh the most mentioned star at the 2022 met gala! pic.twitter.com/Fcy4RPERvN

NCT JOHNNY has captured global attention with his Met Gala appearance! JOHNNY is the most mentioned Met Gala attendee on social media and has been selected by Teen Vogue for a spot on the ‘25 Best Dressed’ list!#MetGala  #MetGala2022  #JOHNNY #쟈니#NCT #NCT127

Congratulations on your Met Gala debut, Johnny! Everyone who is everyone still can’t get over your look lol. 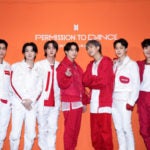 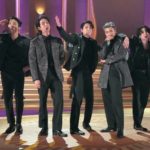