Scratch that, bring it back! – definitely an earworm that’ll stick around for a while.

NCT DREAM is finally back with their second full-length album, “Glitch Mode” on March 28, 2022 at 6 P.M. KST., following their first titled, “Hot Sauce” and its repackaged version, “Hello Future”. This comeback comes 10 months after their release of “Hello Future” and 3 months after NCT 2021 full group release of “Universe”.

“Glitch Mode” features eleven tracks including its lead single of the same name and sees the members’ participation in writing the lyrics and rap lines in their songs, especially Mark, Jeno, Jaemin, and Jisung. The album also features a variety of genres, showcasing the group’s versatility in vocals and rap. As of March 28, 2022, “Glitch Mode” had over 2 million pre-orders, breaking their previous record of 1.71 million pre-orders for “Hot Sauce”. This makes their latest release their second “million-seller” album.

The album’s lead single of the same name, “Glitch Mode”, is described as a hip hop dance song with a unique and “dynamic” 808 bass sound. The lyrics, with rap verses co-written by NCT DREAM leader Mark, express the feeling of how someone freezes or “buffers” when they see someone they like. The music video was released alongside the album at 6 P.M. KST, and sees NCT DREAM in a game-like, futuristic setting where they enter the “DREAM LAB” several times.

NCTzens too are in a sort of “glitch mode”, after anticipating the comeback of NCT DREAM for a while now. They’ve also been celebrating the group’s second “million-seller” album, and even referenced lyrics from NCT DREAM’s “Ridin’” in celebration of it.

“Glitch Mode” by @NCTsmtown_DREAM recorded 703,000 copies sold on the 1st day on Hanteo!

GLITCH MODE IS INDEED A MASTERPIECE.

Congratulations on another successful comeback and album, NCT DREAM! 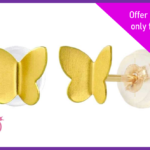 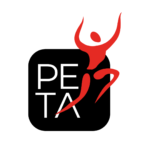