The 2021 Game of the Year winner It Takes Two is getting a movie made for Amazon, as reported by Variety.

The highly praised Co-op game from Hazelight Studios is getting an on-screen adaption, deservingly so considering its top-tier storytelling. Interestingly, Dwayne “The Rock” Johnson has signed on to be an executive producer for the project, along with Dany Garcia and Hiram Garcia of Seven Bucks Productions and dj2 Entertainment. There is also talk that Johnson might even star in the film, but there is no confirmed cast yet as of writing.

Writers Pat Casey and Josh Miller will adapt the game’s story for the big screen and will also serve as executive producers. Casey and Miller seem to be good choices considering that they both wrote the Sonic the Hedgehog movies, which were critically and commercially successful. Moreover, Josef Fares and Oskar Wolontis of Hazelight Studios will be executive producers, as they were also critical people behind the development of the video game.

It Takes Two is a two-player platformer that follows the adventures of May and Cody, a couple that is going through a divorce. Somehow, their minds get transported into dolls that their daughter made to represent them. As a result, they go on a wild journey in the body of dolls to find a way back into their original human bodies. The game received a 9/10 score from IGN, 89% from Metacritic, and has overwhelmingly positive reviews from users on Steam.

‘BioShock’ is getting a film adaptation and fans are worried 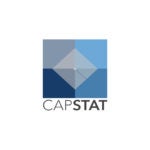 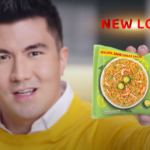