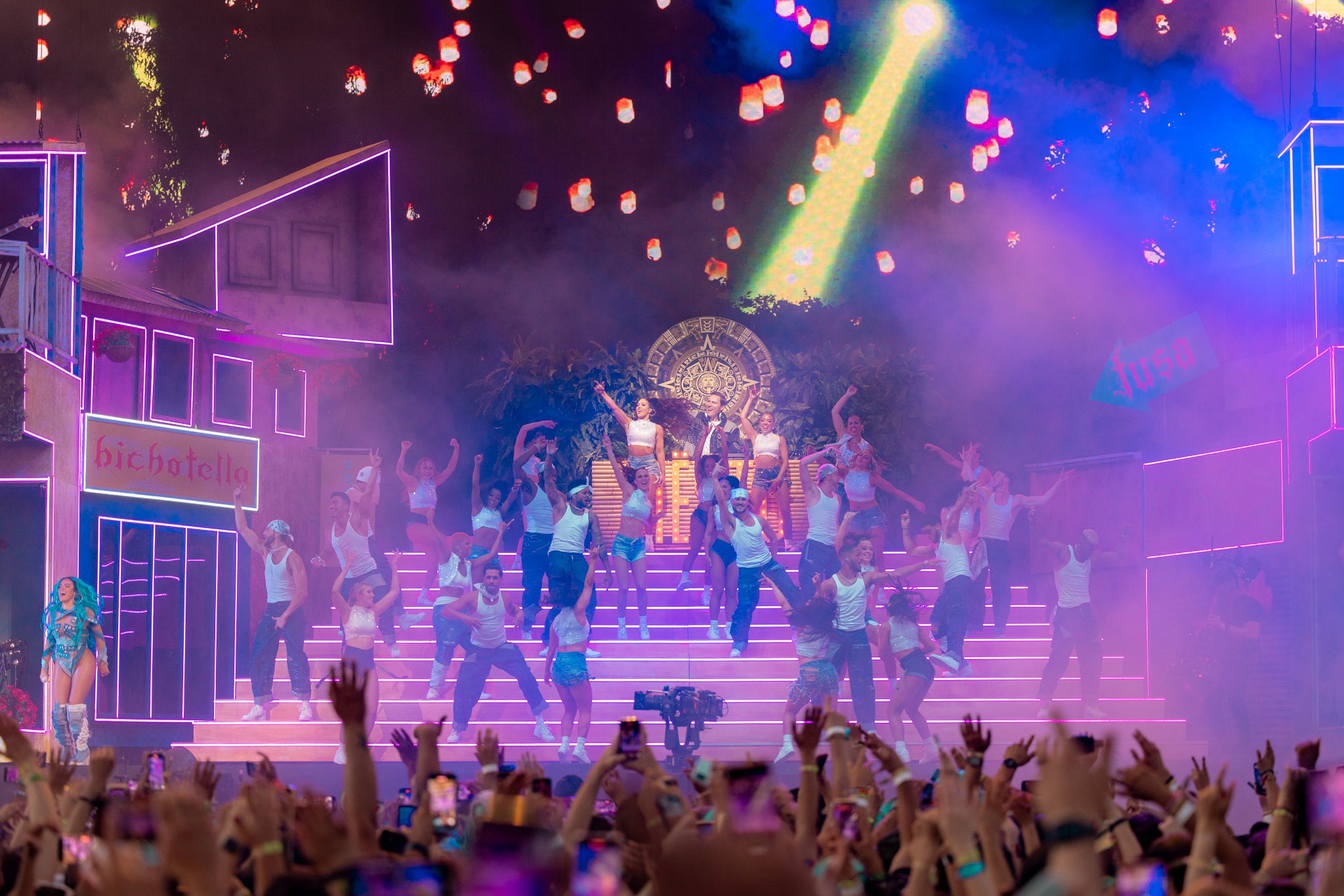 After nearly two years of being postponed due to the pandemic, the renowned Coachella Valley Music and Arts Festival has finally reopened its gates to anticipating music fans. Music fans all over the world have gathered at Indio, California to witness their favorite indie artists and pop stars deliver unforgettable performances on stage. The return of the music festival is filled with the celebration of music, culture, and diversity across a variety of genres and artists.

The first weekend of Coachella was held from April 15 to April 17, and in case you’re still on a fever high about the event happenings or haven’t got the chance to witness the show, we got you covered as we list down some of the iconic moments from the music festival.

From legendary debut stages, surprise collab performances, to a historical group comeback, here are the highlights of the first weekend of Coachella 2022.

After 6 long years, the “Queens of K-pop” reunites on stage and prove that they are still the best.

The K-pop girl group, 2NE1, made a Coachella history as a group as they took on its main stage, and perform their hit song, “I am the best”. The group’s former lead vocal and rapper, CL, first performed as part of the 88 Rising’s line-up, then, later on, brought out her group members, DARA, Park Bom, and MINZY on stage and performed together as a group, for the first time since 2016.

Watch the @YouTube livestream for more surprises from the desert https://t.co/369m1pEHng pic.twitter.com/R40ntMdx5L

K-pop fans, especially Blackjacks, were definitely in shock as they witnessed probably one of the greatest moments in this year’s Coachella. The historical moment dominated different social media platforms and the group made it to number 1 on Twitter’s worldwide trends with an accumulation of 1 million collective tweets.

Some fans emotionally celebrated this moment as this has been the group’s first stage performance after their disbandment. 2NE1 members also took the time to thank fans and express their emotions about how significant this performance is.

I am greatful and blessed to be alive with pleasure. Long enough to witness the marks I make and things I create blossom.

Along with the legendary K-pop group 2NE1, other Asian artists also performed at Coachella to represent and conquer the stage.

The music company, 88 Rising, which is known to be home to different Asian artists, took over the main stage of the music festival with their “Head in the clouds forever” showcase line-up that featured performances from NIKI, Rich Brian, Jackson Wang, BIBI, Warren Hue, Hikaru Utada, and MILLI.

88 Rising’s artists definitely didn’t come to play as they dominated the stage, from singer-rapper, Jackson Wang setting the stage on fire with his performance and feeling the moment that he takes off his shirt, revealing his toned body, to the 19-year-old, rapper MILLI making history as she becomes the first-ever Thai artist to perform in Coachella.

so proud of you jackson pic.twitter.com/jZ5Hl8rH5q

The British singer-songwriter, Harry Styles, made a fabulous Coachella debut as he took the stage on the first day. He performed eight songs from his album “Fine Line” such as “Watermelon Sugar High”, “Adore You”, “Sign of the Times”, and One Direction’s “What Makes You Beautiful.”

The singer also showcased the first-ever live performance of his latest single, “As It Was”, and even surprised the fans with two new songs, “Boyfriend” and “Late Night Talking”, that are expected to be released along with his upcoming new album, “Harry’s House”, this May 20.

But perhaps, the highlight of Harry Styles’ stage is his collaboration performance with singer Shania Twain. Harry took a moment to share a meaningful message saying that the singer was a huge part of his childhood memories, especially with his mother, “To you, to the memories you gave me with my mother, I will be forever grateful. I’m so grateful you’re with us here tonight. This is very special for me.”

Harry Styles and Shania Twain, performed songs, “Man I feel like a Woman”, and “Still The One”. Fans also take an emotional turn upon witnessing Harry’s stage, along with performing with singer Shania Twain, believing that it was a beautiful moment to share a stage with one of your musical icons growing up.

Another Coachella debut stage was made last weekend, as we witnessed a powerful performance from singer-rapper Megan Thee Stallion.

Megan Thee Stallion performed her hit singles, “Body”, “Savage”, “WAP”, and collaboration song with Dua Lipa, Sweetest Pie, and many more. But to a bigger surprise, the rapper gave fans a preview and performed an unreleased song that samples Jodeci, Raekwon, and Ghostface Killah’s “Freek’n You.”

Megan describes her new track as “very motherf*cking personal,” and even dedicated it “to whom it may the f*ck concern.” Although fans must have missed it, Megan actually tweeted about her new song prior to her Coachella performance. But right after her performance, fans still immediately flooded the rapper’s Twitter and demanded she drop the song. Megan also tweeted a short clip of the song on Twitter, as she sings along with the song.

Singer-rapper Doja Cat made her first Coachella performance last 2019 with Rico Nasty, but this year, she officially made her debut as one of the main stage performers.

Doja Cat owned the stage by performing hit songs, “Woman”, “Say So”, “Streets”, and “Kiss Me More”. The rapper delivered collab stages with Tyga as they performed “Juicy”, and with Rico Nasty as they performed “Tia Tamera”. Doja Cat also debuted her new song, “Vegas”, with its first-ever live performance. And to another surprise for the fans and audiences, Doja Cat also gave a new snippet of her unreleased song, “Shots”.

Heading on to another anticipated debut stage, Brazilian singer Anitta made a powerful entrance as she dominated the Coachella with a 45-minute electrifying set featuring special guests that joined her on stage.

The singer was introduced to the audience by none other than rapper Snoop Dogg and was later on joined by Saweetie to perform their song, “Faking Love”. Anitta’s showcase stage was divided into three parts, and for the finale, she was joined by Diplo who played different DJ remixes and show performance battles of Anitta’s backup dancers.

Award-winning, singer-songwriter Billie Eilish just made history as she became the youngest artist to headline the Coachella music festival, at 20 years old. And to make it even more amazing, this is actually Billie Eilish’s debut stage at the festival.

The singer delivered a stunning performance for the audience. The singer chose, “Bury a Friend” from her debut album as her opening song, followed by other songs, “Happier Than Ever” and “bad guy”.

Billie Eilish’s stage also featured special guests that she performed with. Eilish was joined by singer Khalid, for their song, “Lovely”, and was also joined on stage by the lead vocalist for the virtual band Gorillaz, Damon Albarn, where the two delivered a rendition of “Getting Older”, and also performed the Gorillaz song “Feel Good Inc.” Eilish also introduced stage her brother, Finneas, to perform acoustic versions of some of her songs.

You should see @billieeilish on the @youtube livestream. Now at https://t.co/369m1pEHng pic.twitter.com/BvOjmtihhV

The Weeknd replacing Kanye as one of the festival’s headliners

Following the announcement of rapper Kanye pulling out as one of the Coachella headliners, The Weeknd made sure to save your tears, as he delivers the closing performance of the first weekend of the festival.

The closing stage was actually divided into two as ‘The Weeknd x Swedish House Mafia” set. The Swedish House Mafia opened the set with a powerful medley of their hits, while the stage is covered by giant washes of white light, fog, and spotlights.

While The Weeknd performed his hit songs, “I Can’t Feel My Face”, “Starboy”, “The Hills”, and “Blinding Lights”. The singer also gave a nod to rapper Kanye, as he sang a verse from the rapper’s single, “Hurricane”. The Weeknd also debuted songs from his latest album, “Dawn FM”, such as “Out Of Time”.

As the first weekend of the festival concludes, fans were delighted to witness different performances and celebrate the diversity of culture and art through music. While wishing we could be under the bright sun of California, we still can enjoy these performances online through the Coachella YouTube Livestream.

What was your favorite performance of the weekend?

The second weekend of the Coachella Music Festival will be held on April 22 and will be concluded on April 24. 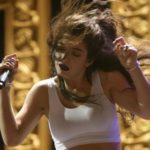 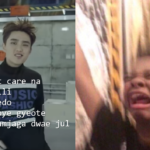