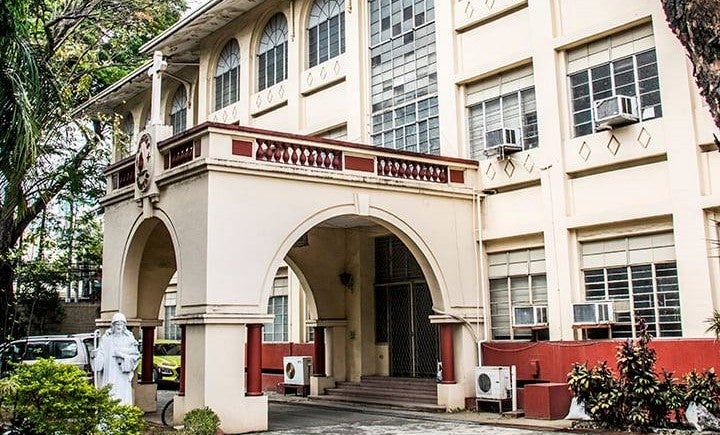 After a long run of 109 years, the College of Holy Spirit Manila will be officially closing down this 2022.

The College of Holy Spirit Manila (CHSM), originally called The Holy Ghost College, was founded in 1913 by the Missionary Sisters Servants of the Holy Spirit. For over 109 years, the school has witnessed generations of students wander through their halls, and had notable accomplished alumni who have become journalists, political leaders, entrepreneurs, and even known Manila Elites. But in an announcement last November 2020, the College of Holy Spirit Manila officially stated that they will be voluntarily ceasing their Manila campus operations by the end of the academic year 2021-2022.

The century-old institution has made its mark on a lot of Filipino students who have spent their educational days there. While it’s heartbreaking to witness a significant part of Manila’s treasured history closing down for good, there are still ways we can look back at the made memories of the school.

A Facebook post went viral, showing a series of photos of the beloved campus that will be closing its doors permanently this year. The post was from photographer Anson Yu, who took the photos while on a tour of the campus. POP! was able to interview Yu and ask him about the photos he took, as well as his experience from when he joined the campus tour.

Yu had the privilege to visit and tour the campus before officially closing its doors. With a developed interest in heritage advocacy, Yu was invited to join a campus tour organized by some of the CHSM Alumni. He was joined by former students and other heritage advocates as well to get a glimpse of the historical institution. Yu shared his fulfilling experience with POP! from when he visited the CHSM campus.

Upon entering the school, Yu immediately took notice of the practical structure of the campus. According to him, compared to the other colleges located along Mendiola Street, the CHSM building is modest and practical in comparison.

He noted how the main building, which was built in 1920 and designed by German architect Arthur Gabler Gumbert, made adjustments to the country’s climate by adding wide glass windows and overhanging roofs to the overall design of the building.

But among the campus buildings, one that immediately captured the admiration of the photographer was the school chapel. Yu found the chapel interesting because of how the past connects to the future by combining a bahay na bato (house of stone) structure with modern geometric pillars on the ground. He also learned that since it has an open-air structure and is well ventilated, this was a popular gathering space for students to socialize and study.

Yu described that the chapel has a very Filipino feeling to it, with its extensive architectural details of capiz sliding windows and the ventanilla (small windows). He also noted the delicate filigree carving on the ceiling and the sidewalls that ultimately define the altar. He also took a photo of the carved dove right above the altar that is meant to represent the Holy Spirit.

As they went on with the campus tour, Yu shared that he was deeply impressed by the trees surrounding the campus, which in his mind are probably some of the oldest trees he has seen across the metro. He also felt welcomed by the jovial and upbeat atmosphere, while casually hearing snippets of conversations from other former students sharing stories about their stay here. He then realized how significant this place was, and how precious the tour was for them.

He was able to take photos of the Fernando Armosolo designed stained glass windows that were located in the stairway area of the building. The smaller one features a landscape, while the larger window features a visual representation of the Bible Verse, Matthew 19:14, wherein Jesus urges children to come to him.

The last part of their tour was the auditorium, where countless events and recognitions took place. As the tour ended, Yu thought to himself that he was glad that he was able to visit and see a piece of history before it is gone.

With his captured photos, Yu took the time to share his photos with the public, not knowing that he would be receiving an overwhelming response from the former students and alumni of CHSM. Yu told POP! that he was so happy that he was able to touch the hearts of these people through the photos he shared. In his Facebook post that was shared by more than a thousand people, the comments section was also filled with individuals sharing their memories and experiences while studying at CHSM.

“As a photographer, I felt validated,” Yu said. He described what he felt: “My work did more than just document a place that would soon be gone, but it helped people connect with their past and hopefully with their happy memories.”

As the CHSM campus closes its door to visitors and students, we can only remember the place through our shared memories and experiences, but through photographers like Anson Yu, we can always trace back the place some of us called home at one point in our lives, and maybe one day we’ll get to visit again to relive the forgotten and marked memories in the place.

The College of Holy Spirit Manila will officially be ceasing its operations this April 2022. 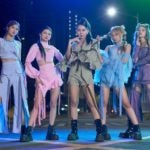