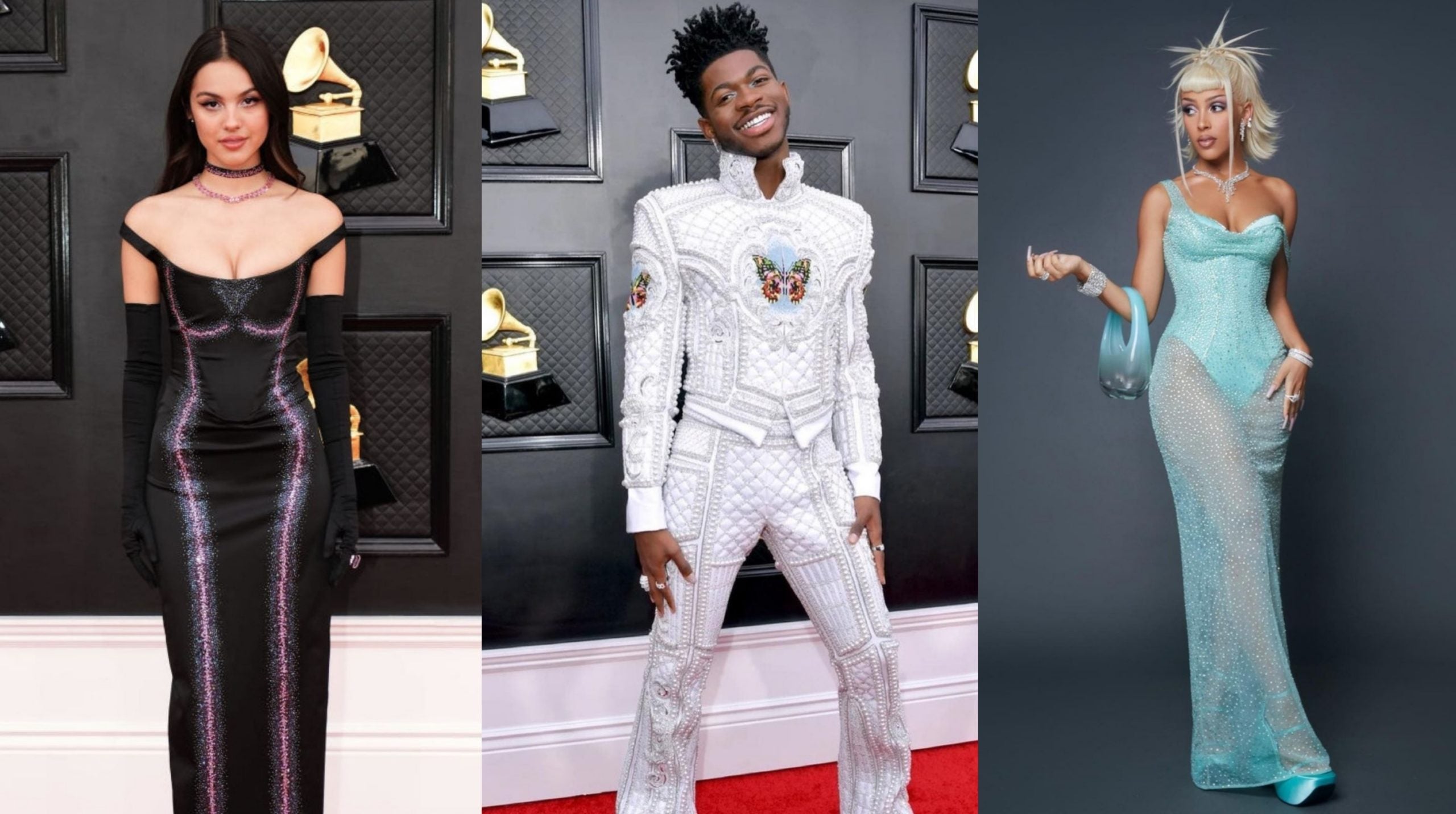 The music’s biggest night was back again in full force, and some of the industry’s brightest stars returned to the red carpet, bringing glitz and glamour to the 2022 Grammy Awards.

After being pushed back to a later date, the much-anticipated awards show was held on April 3 at the MGM Grand Garden Arena in Las Vegas, Nevada. Unlike the hybrid setup of last year’s ceremony, the 2022 Grammy Awards saw the return of a live audience with The Daily Show host Trevor Noah as this year’s host.

Aside from the epic and full-scaled performances from this year’s show, many also focused their attention and were looking forward to the stars’ bold fashion statements. From full-length gowns and coordinating suits, to tributes to icons’ legendary looks, check out some of the 2022 Grammys red carpet looks from your favorite celebrities and personalities.

Seven-time nominee Olivia Rodrigo stunned the 2022 Grammys red carpet in a full-length custom Vivienne Westwood gown with a pink accent. The “drivers license” singer finished off the look with a pair of black gloves and a choker. To add a bit of dazzle to her elegant black gown, Rodrigo accessorized with a pink necklace and a pink ring from Swarovski.

Billie Eilish, who was nominated in seven categories, slayed the red carpet with a black ensemble by Rick Owens. To complete her ‘fit, the “Happier Than Ever” singer rocked an updo and wore matching black shoes and sunglasses, and a pair of gold earrings.

From her Aurora Borealis-inspired dress last year, “Future Nostalgia” singer Dua Lipa never failed to look chic on every red carpet she walked on—and this year is no exception. Lipa, who presented the Best New Artist category together with Megan Thee Stallion, strutted the red carpet wearing a bondage dress by Versace. The singer also debuted her platinum blonde hair and it definitely looks perfect on her!

Lady Gaga was ready to accept her award in a custom Giorgio Armani Privé black and white gown. The House of Gucci star has finished off the look with a diamond necklace and a pair of earrings from Tiffany & Co. The singer-actress was nominated for five awards this year, where she bagged the Best Traditional Pop Vocal Album for “Love for Sale.”

Three days after their endometriosis surgery, Halsey hit the red carpet donning a black and burgundy piece by Pressiat. The “Without You” singer accessorized their look with a wide-brimmed hat and silver jewelry. Halsey was nominated in the Best Alternative Music Album category for their fourth studio album, “If I Can’t Have Love, I Want Power.”

Lil Nas X—who was nominated in five categories, including Album of the Year and Record of the Year—stole the show in an all-white Balmain butterfly suit embellished with pearls and sequins. The singer completed his look with a pair of white platform shoes.

Grammy Award-winning rapper Megan Thee Stallion arrived on the Grammys red carpet clad in a leopard pattern dress with a zebra print on the inside, a piece by Roberto Cavalli. The “Sweetest Pie” rapper was accessorized with gold bangles, a pair of snake earrings, and black stilettos. She finished the look with a slicked-back hairstyle.

Speaking of animal prints, Maren Morris—who was nominated for both Best Country Song and Best Country Duo/Group Performance categories for “Better Than We Found It” and “Chasing After You”, respectively—struck a pose in a plunging neckline dress with a snakeskin pattern by Dolce and Gabbana. Morris wore her hair down in loose waves, displaying her new bangs.

A pop of color

Doja Cat shined on the red carpet with a custom Versace sheer dress embellished in crystals. The “Kiss Me More” singer’s dress also featured a corseted bodice and a see-through skirt. Doja, who was nominated for eight awards, complemented the ensemble with platinum blonde hair, diamond jewelry, and her see-through Coperni bag filled with candies.

The boys of BTS looked dapper on the awards show’s red carpet with their coordinating Louis Vuitton suits in shades of brown, blue, and white. The K-Pop group was nominated in the Best Pop Duo/Group Performance category for their hit single, “Butter,” which they also performed during the ceremony.

With two nominations under her belt, country singer Carrie Underwood looked like royalty in her gold ombre ball gown by Dolce and Gabbana. Underwood finished her look with diamond earrings and a slicked-back hairstyle.

On the other hand, Filipino-American singer H.E.R. shined like a star on the red carpet with a bright-yellow jumpsuit by Dundas. The singer’s dress was said to be a tribute to the Queen of Soul, Aretha Franklin, who also wore the same look at the 1976 American Music Awards. H.E.R., who won the Best Traditional R&B Performance for her “Fight For You,” completed her look with a pair of chic glasses.

Pink was among the colors that dominated the red-carpet runway. Grammy Award-winning St. Vincent looked regal in a pink feathered Gucci gown.

Like St. Vincent, Pose star Billy Porter slayed once again in a hot pink Valentino outfit paired with a set of gloves, silver clutch, and heels.

Filipino-American rapper Saweetie stunned in a fuchsia pink two-piece ensemble from Valentino. Saweetie accessorized her look with a pair of opera gloves and a choker necklace. The “Best Friend” rapper also changed into a custom Oscar de la Renta black outfit, finishing the look with a statement ring.

RuPaul’s Drag Race alums and the stars of Drag Race Vegas have also sashayed the 2022 Grammys red carpet, where they paid homage to the iconic Grammys looks through the years.

Meanwhile, Season 6 and All Stars Season 6 contestant Trinity K. Bonet paid homage to Ariana Grande’s 2020 look. Grande, who was not present in this year’s ceremony, was quick to send Bonet her approval, saying: “oh MY GOODNESS. honored. you are perfect (sic).” 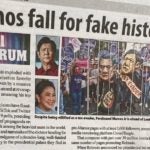 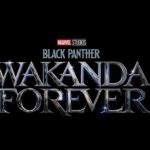