7 life lessons from Julia von Heinz’ I’m Off Then

We list down the things we learned from Julia von Heinz’ I’m Off Then, a film that garnered Devid Striesow a Jupiter Award for his portrayal of beloved German comedian Hape Kerkeling.

The movie stars Hape, an overweight and overworked comedian who, one day, passes out on the stage before performing.He talks about that feeling in your gut that tells you you should take a break. This serves as a reminder for all of us to  respect our bodies’ capabilities and never compromise our physical health.

Hape’s plan to take on the pilgrimage to Camino de Santiago was risky. Especially if you factor in his poor health. But in the end, this pilgrimage helped him learn more about himself, the purpose of life and the existence of God.

3. Lose yourself in nature’s picturesque views.

Our protagonist was on the right track joining the almost 500-mile hike to Cathedral of Santiago de Compostela. The movie featured stunning views of Southern France, Spain and more. Getting lost in nature’s picturesque landscapes will remind you how small your problems are, how small you are in the vastness of a universe with infinite possibilities.

4. Do a good deed for someone else.

During the retreat, Hape sees a striking vandalism- “You+Me”. It prompts him to help Lena, who was initially an enemy. It raises the question: why are we always so fixated on our own lives when we can concentrate our efforts outwards and do a kind deed for someone else?

Write things down on a small notebook, just like Hape’s red Leuchtterm. It helps one to make sense of their thoughts, ideas and feelings.

In fact, a writing exercise called “morning pages” aids in decluttering one’s mind. The practice helps when it comes to dealing with creative blocks. The idea is to fill up three pages of your journal once you wake up. No need to worry about editing or censoring yourself since its purpose is to filter your worries away.

6.  Just as you are about to give up, remember why you wanted to do this in the first place.

Ever feel like quitting in the midst of a long, arduous journey? Hey now, hey now, don’t dream it’s over! Remember your purpose. Towards the end of the film, we find out that Stella joins the pilgrimage in honor of her daughter, who died due to a terminal condition. Hape reminds her of this, and she is encouraged to continue the long hike.

Our hero splurges on proper lodging so he can eat, drink and be merry with his new-found friends.

I’m Off Then was screened at Ayala Malls Cinemas in Glorietta 4 and Trinoma during German Film Week’s run on September 22-27. Check out SureSeats.com and Goethe Institut’s official website and Facebook page for more details. 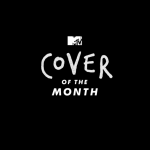 Cover the song. Claim the title. Be on MTV. 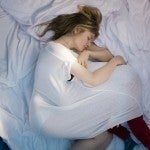