90s faves, TLC and SWV, to perform live in Manila this November! 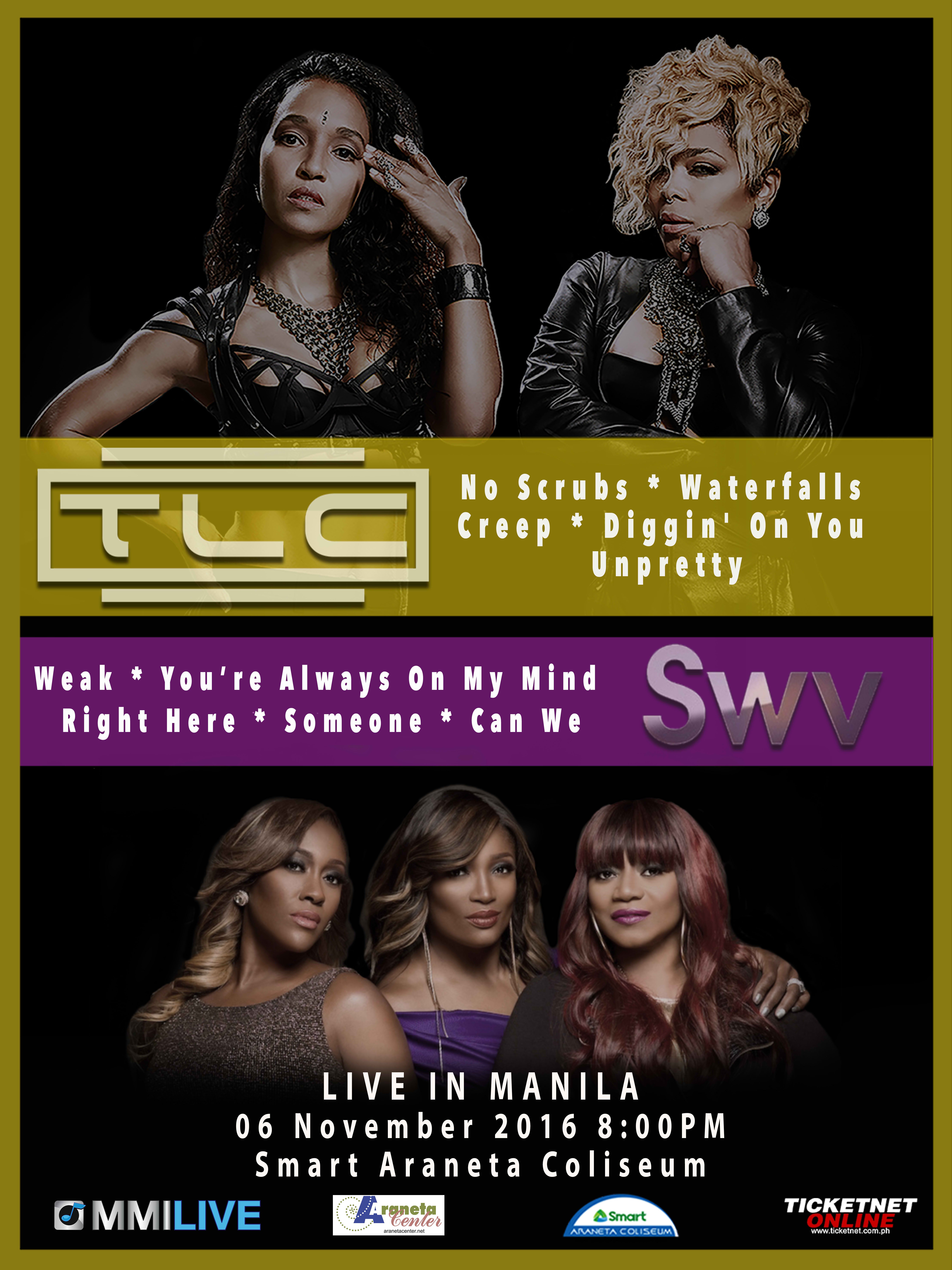 Formed in Atlanta in 1991, TLC captured the world’s attention with their sassy attitude, sophisticated R&B feel and socially conscious lyrical style. Originally comprised of Tionne “T-Boz” Watkins, Rozonda “Chilli” Thomas and rapper Lisa “Left Eye” Lopes, the trio is largely considered one of the most important and successful female R&B groups of all time.

In 1994, TLC broke records with their multi platinum album CrazySexyCool that went on to sell over 11 million copies in the U.S. alone and won a Grammy for Best R&B Album which included chart-topping hits such as “Creep” and “Waterfalls”.

TLC’s highly-anticipated third album, FanMail, was released in 1999 to rave reviews, and like its predecessor, took home the Album of the Year and Best R&B Album. “No Scrubs” won Record of the Year and “Unpretty” won Best Video. The group is slated to release a brand new album in 2017.

Expect TLC’s iconic jams and hits, paying homage to Lisa “Left Eye” Lopes, to remind everyone just why TLC have been history’s most influential female hip-hop and R&B act of their generation.

Don’t miss two of the most iconic R&B groups of our generation taking the stage on November 6, Sunday at the Smart Araneta Coliseum as presented by Music Management International and the Araneta Center.

Tickets to TLC with SWV Live in Manila will go on sale on September 17, Satruday at 10:00am via ticketnet.com.ph. For more information on tickets and reservations, you may follow #MMILive (on Instagram, Facebook and Twitter) or visit ticketnet.com.ph, or call 911-5555.