At 6 P.M. KST, SM Entertainment and Taeyeon released her third studio album “INVU”, along with the music video of the album’s title track. The track, “Can’t Control Myself” had been pre-released a month ago, on January 17, 2022. The album also includes her previously released digital single, “Weekend”, along with twelve other songs.

The album’s lead single of the same name, “INVU” is described as a “house-based pop dance song with a gentle and dreamlike synth sound with a charming flute melody.” The lyrics of the song convey the feelings of a person and how their lover is able to love even after getting hurt several times, in comparison to them.

The music video for “INVU” sees Taeyeon amidst an otherworldly backdrop, dressed as an archer and well, a goddess. The music video’s director explained the MV’s concept like this:“Artemis was in love with a hunter named Orion, but Apollo was displeased and shot Orion dead with a bow. So, Artemis made Orion into a constellation.”

Since its release, fans of Taeyeon have trended “#TAEYEON_INVU_COMEBACK” on social media, in support and love for the artist’s comeback. Fellow SM artists Red Velvet’s Seulgi and NCT’s Doyoung posted stories in support of Taeyeon as well.

THE ENGLISH VERSE..WHILE HITTING IT OFF WITH THAT LOW REGISTER VOICE I TOTALLY LOST IT#TAEYEON_INVU_COMEBACK#오늘6시_태연_정규앨범 pic.twitter.com/GrpZe50uXA

i missed taeyeon flexing her vocals so much 😭#TAEYEON_INVU_COMEBACK#오늘6시_태연_정규앨범pic.twitter.com/FWDC46hqfz

taeyeon you are AMAZING… pic.twitter.com/FfglFM3unp

“There are so many different kinds of love. (…) I thought it would be nice if there was a song in a Taeyeon album that fits your situation.”
“I wanted to give you a message where you think about love again.” pic.twitter.com/NT3QfHa228

to me, being a fan of taeyeon is a flex.
i'm hella proud of her. pic.twitter.com/EI17bGINh6

taeyeon is the sun with 8 planets orbiting her 😏 pic.twitter.com/Fy1uULEgSl 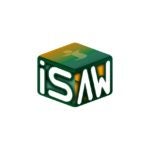 With 65 schools, the 23rd ISAW is currently the biggest in Isabela 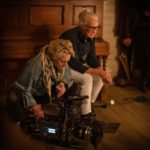