GOT7’s rapper and soloist BamBam is finally back with his second mini album titled ‘B’, 8 months since his solo debut with ‘riBBon’. This also marks his second release under Abyss Company after leaving JYP Entertainment a year ago. The album was released on January 18, 2022 at 6 P.M. KST, along with an accompanying music video for the track ‘Slow Mo’.

‘B’ includes 6 new tracks and has 2 lead singles— ‘Who Are You’ with Red Velvet’s Seulgi, which was pre-released last December 28, 2021 to hype up his mini album, and ‘Slow Mo’ written by American rapper Pink Sweat$ and BamBam himself. Other tracks see BamBam’s collaboration with other artists like collapsedone (known for producing songs for TWICE and DAY6) and indie K-R&B artist Jimmy Brown.

BamBam was also revealed to have worked on all of his songs in his album, as he expressed that he had wanted to become more involved in music production.

To celebrate and congratulate the Thai rapper for his new album, fans around the world trended his name ‘BAMBAM’ on social media platforms. Sunmi, his fellow artist in Abyss Company, also sent her love for BamBam on her Twitter account.

As of writing, ‘Slow Mo’ and other tracks in the mini album have been rising in music charts around the world. BamBam had also teased fans about GOT7’s comeback, which, drew fans into a frenzy.

Bambam said he knows the date when will GOT7 comeback but can’t tell it. He said the maknae line wrote a song for GOT7 and all three of them listened to it. So that means we’re gonna get an album on GOT7’s next comeback ugly sobbing rn 😭 pic.twitter.com/QLquYIZ3fJ

🐥 I want to see you doing the Slow Mo challenge
🌙 It has a challenge? I didn’t know. Well, when BamBam comes i'll ask him

Congratulations on your comeback, BamBam! Don’t forget to stream ‘Slow Mo’ and ‘Who Are You’, Ahgases! 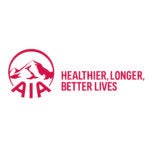