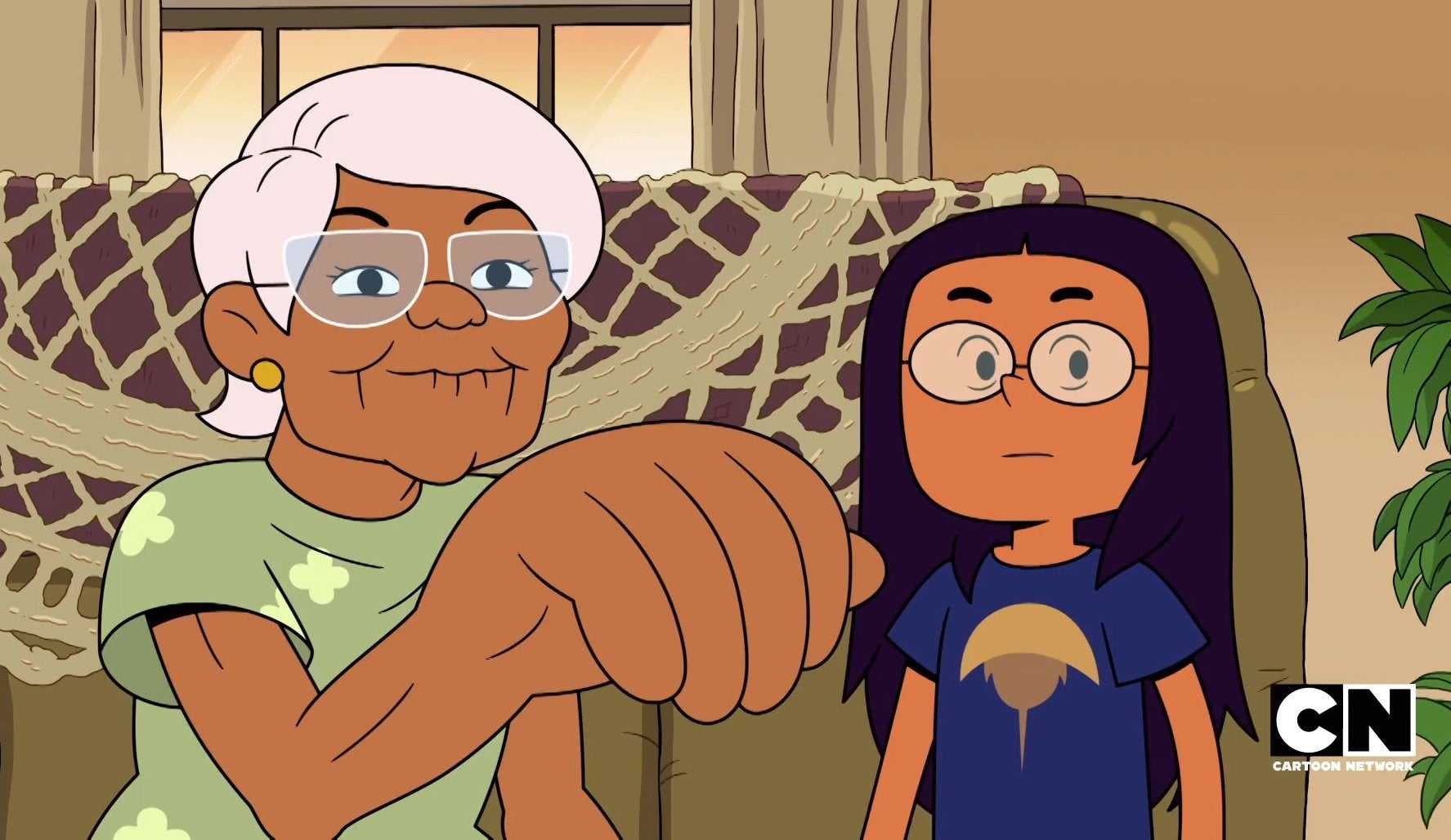 Cartoon Network animated series Craig of the Creek trended on social media when a video clip of the show’s episode in season 4 called “Sink or Swim Team” featured a character speaking in Bisaya.

In the video clip circulating on the internet, the scene showed Eileen—also known as the Sewer Queen in the show—told Craig, the show’s protagonist, that she would introduce him to the former’s grandmother (lola), who can only speak in Bisaya.

“I don’t always understand exactly what she’s saying, but I do know whenever we say ‘Hi’ to her, we gotta do the bless,” Eileen told Craig while doing a hand gesture. The bless Eileen is referring to is known as a common Filipino gesture called ‘Mano’ which is performed as a sign of respect toward Filipino elders.

The scene then shifted and showed Eileen’s grandmother sitting on the couch and watching what seems to be a television series. The grandmother then commented, “Ah maayo ra na sila sa sunod na salida.” (“Ah they’ll be fine in the next episode.”)

Eileen and Craig then appeared to introduce Craig to her grandmother. After Craig blessing the grandmother’ hands, the grandmother gushed about Craig and said to Eileen, “Ah, ka guapo, imu ning boyfriend?” (“Oh, he’s handsome, is he your boyfriend.”)

Eileen embarrassingly exclaimed, “Lola!” and led Craig to the kitchen.

Craig of the Creek follows the story of a young boy named Craig and his two friends, Kelsey and JP, as they go on adventures within the untamed suburban wilderness at a creek in Herkleton, Maryland.

Following the trend of the Craig of the Creek’s “Sink or Swim Team” episode, many netizens across Facebook and Twitter reacted to the representation and diversity shown in the animated series.

One user on Facebook pointed out that they like Craig of the Creek because “it’s so wholesome and it really shows the ethnicity and culture of every country.”

Another one said, “The representation was great and they successfully showed a Filipino grandmother would react if you bring a guy over.”

A Twitter user, on the other hand, said, “I like how this show straights up say races and shares culture instead of coding.”

Another one tweeted, “Representation is so important in cartoons man,, i was tearing up watching this bc i rlly wanted something like this in my childhood, glad kids now are getting this rep shown to them!”

representation is so important in cartoons man,, i was tearing up watching this bc i rlly wanted something like this in my childhood, glad kids now are getting this rep shown to them!

Meanwhile, the said scene reminded some netizens of their own grandmothers. A Facebook user commented, “Nakaka-miss mga lola natin.” While another user said she got emotional because “she looks like my lola.”

Aside from this video, a Twitter user also uploaded another clip from the series that showed Filipino representation as well. The scene featured Eileen representing a dish she had dubbed, “the pan de fish.”

In this scene, Eileen shared with other characters that whenever her mother goes back to the Philippines, she would bring a jar of peanut butter called “Lolo’s Super Smooth.” Eileen then demonstrated how to make her pan de fish—where she spread the peanut butter at the top of the pan de sal and topped it with a gummy fish.

In an interview with Inquirer, Ford shared about her Filipino roots where she told Inquirer that her grandparents came to the United States from Danao, Cebu. “They were already quite elderly when they came to help out, but they taught me a lot, and we were very close.”

She then described her grandparents, saying, “My Lola Bening was very kind and patient, and let us have fun and be ourselves. My Lolo Kikong was hardworking, even in his old age, and taught me things like how to garden, how to cut wood, and resourcefulness. They were funny, kind and endlessly generous.

“My Lolo saved up spare dollars here and there, and bought me pencils and papers because I loved drawing so much. They spoke very little English, but still came to meet my teachers at back-to-school night, and did their best to represent my parents. I feel unbelievably fortunate that I had the opportunity to know them as closely as I did.”

Ford was nominated at Annie Awards for the category of Outstanding Achievement for Writing in an Animated Television/Broadcast Production for Craig of the Creek in 2019 and 2021. She co-created and will executive produce Craig of the Creek’s pre-school spinoff series called Jessica’s Big Little World.