When K-Pop artists refer to their Western counterparts, they often add “sunbaenim” after saying their name as a sign of respect. “Sunbaenim” in English, means that a person is much more experienced than the one using the word, and is a way Koreans show respect to their elders or for their seniors in any kind of industry.

And in today’s case, well, K-Pop stans immediately brought the topic “Adele sunbaenim” to Twitter’s trending topics. The reason: the popular British singer was announced to appear on a show by South Korean TV Channel “MBC TV” this month.

K-Pop stans and fans of Adele were on the floor after seeing this news, sharing all of their emotions on Twitter as they try to process the information—through memes of course.

LMAO NOT ADELE SUNBAENIM TRENDING NFJFJFJC 😂😭 IDK HOW TO PROCESS THIS TBH pic.twitter.com/p7nurEpyKZ

adele sunbaenim at music core, i hope she release a photocard w her next album.

Jungwoo : Hi, Hello, Anyeong 😊
Adele: 🎶Anyeong, from the other side~
MC: Adele sunbaenim, what is your favorite food ?
Adele: I like BBQ
Jungwoo : BBQ…BBS My Diamons I don't need theblught to shine pic.twitter.com/5U4BXhPRnd

and when she says adele imnida and all artists goes home and talks about adele sunbaenim https://t.co/pwAYiB7ey2

Twice is gonna be spamming on bubble talking about Adele sunbaenim backstage https://t.co/Mx9YJ6o2U4

i never thought adele sunbaenim would ever be trending 💀 pic.twitter.com/K3BLdemrWf

Lmao. Not 'Adele sunbaenim' trending. This is by far the most unexpected thing I've ever seen 💀 pic.twitter.com/4aIy8iQGY7 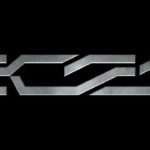