Jamir Garcia’s legacy lives on: A glance at the former Slapshock frontman

August 20, 2021, Friday – They say that names of our dearly departed are not just carved merely on tombstones, but on the hearts of all… and that no matter how sudden and painful their passing may be, there’s always the silver lining of taking comfort in knowing that our friends who have gone-on are in a better place.

But anyone who has known the brilliant, kind and hardworking force-of-nature that is Jamir Garcia – former frontman for the legendary Slapshock – knows that the late songwriter and performer was never one to be kept from making his legion of followers, fans and friends happy: he was just that kind of soul, which is why many friends and colleagues are still somewhat in disbelief that he is no longer physically with us. 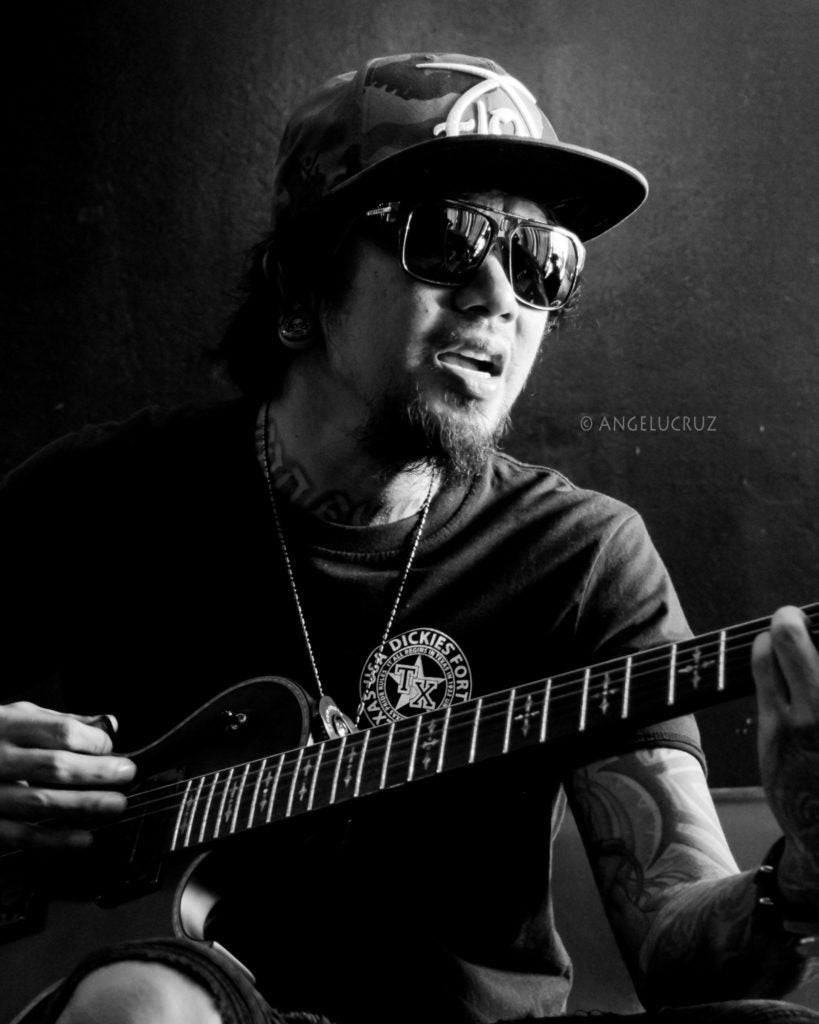 And this is precisely why the thousands-upon-thousands of those who love the late Jamir are buzzing with excitement, as his brother Kenneth Garcia – alongside renowned tattoo artist Chris Garcia and one of Jamir’s closest, musically involved siblings Sonboy Garcia – formally announced online that an all-new, previously unreleased single will be unleashed as the first salvo of songs the late songwriter was able to record.

An excerpt from Kenneth’s official online post reads: “Music was and always had been Jamir’s first true love and passion. Music was his one true North. He had often told us that his solo album would be the pinnacle of his musical journey. As always, he wanted to share this part of the journey with you – his loyal fans. And so here we are writing this letter to let you all know that the first single will be released on September 5 to commemorate his birthday.” 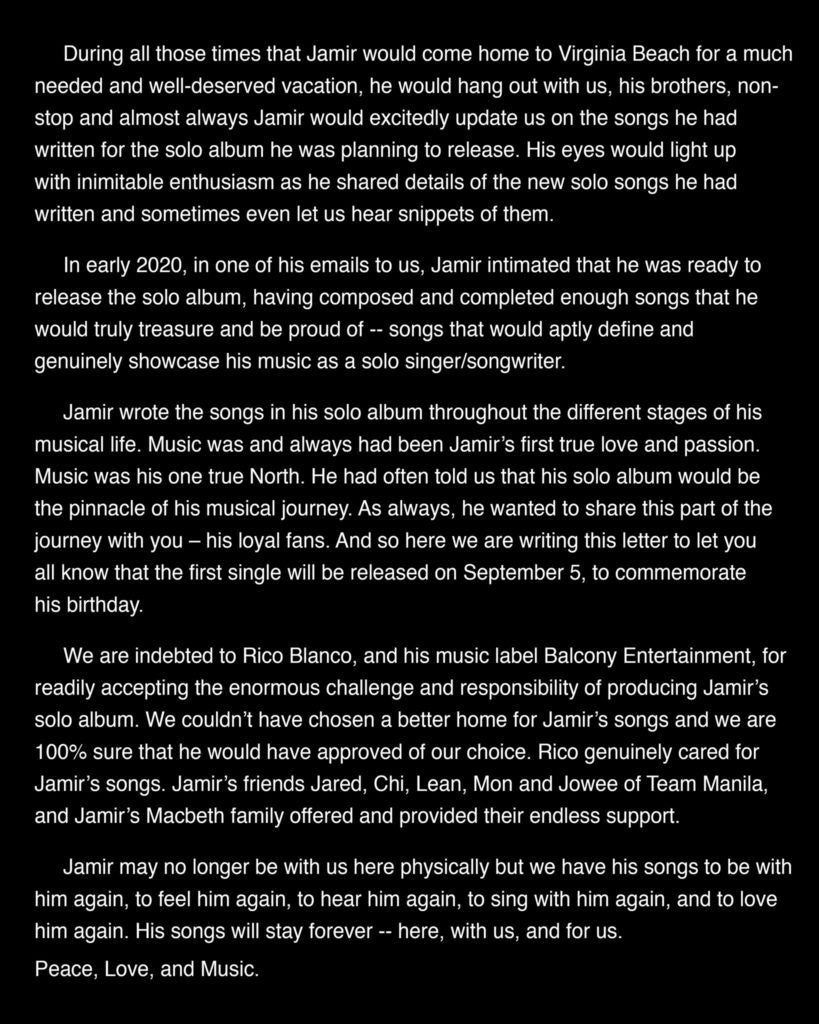 Jamir would have been 43.