Starting on October 1, 2021, OnlyFans will be prohibiting sexually explicit content. According to the London-based company, they are doing this at the request of their financial partners.

Founded in 2016, the subscription-based platform has amassed over 130 million users mostly for adult-oriented subscription fan pages, since it is a website that allows pornography. And because it allows X-rated content, OnlyFans is only available as a website and won’t be found on mobile app platforms like iOS and Android.

The website has paid out over $5 billion to creators worldwide and has been used by top personalities like Bhad Bhabie, Bella Thorne, Cardi B, Tyga, Jordyn Woods, Blac Chyna, Amber Rose, Rubi Rose, Trey Songz and Tana Mongeau. According to the platform’s terms, the company keeps 20% of the revenue generated by the 2 million-plus creators who use the site.

However, while sexually explicit content will be banned starting October, the company said that users may still post content containing nudity, provided that they still abide by OnlyFans’ Acceptable Use Policy. Currently the site’s terms allow nudity, with the exception being if the content features public nudity recorded or broadcasted from a jurisdiction where public nudity is prohibited.

Earlier this week, OnlyFans officially launched OFTV, a free streaming service that won’t feature any sexually explicit content. The streaming service features original content made by over 100 OnlyFans creators that cover various categories like fitness, cooking, health, comedy, music and many others. OFTV was soft-launched earlier this year and now it has a large content library of more than 800 videos.

The company mentioned that they will be sharing more details soon, and that they will make sure to guide their users through the change in the site’s content guidelines. 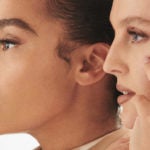 Little Mix celebrate 10 sensational years with new album ‘Between Us’ 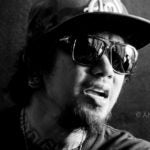 Jamir Garcia’s legacy lives on: A glance at the former Slapshock frontman