Not to sound like a broken record but Red Velvet is finally back!

The 5-member girl group from SM Entertainment made their long-awaited return with their sixth mini album, “Queendom” and their title track of the same name on August 16, 2021, at 6 P.M. KST. The mini album’s release was accompanied by the title track’s music video.

“Queendom”, the mini album’s title track and namesake, is described as a “dance-pop with a refreshing atmosphere” that fits Red Velvet’s vocals and lyrics saying that “we are the ‘queens’ of our lives and that we shine brighter when we’re together”. The mini album has 6 songs that range from a variety of genres—dance, R&B, and soul.

Prior to their comeback, Red Velvet left a message about their feelings for their mini album, where they hoped that their album gives good feelings and for their fans to enjoy their new music.  This comeback marks the return of Red Velvet after almost 2 years, with their last release in 2019 with “The ReVe Festival: Finale” and their iconic song, “Psycho”.

ReVeluvs everywhere could not contain their joy and excitement with Red Velvet’s newest album, with the topics “QueendomCome”, “Irene”, “Psycho”, and “Queendom” immediately climbing Twitter’s top trending list as soon as the music video and album was dropped.

the way yeri sings "we strong, nothing missing" was like hello b*tches yes red velvet is back and complete#QueendomCome @RVsmtown pic.twitter.com/nNm8J1eDQ8

the last refrain to chorus! it's so colorful! the way their vocals are blending perfectly together, them harmonizing in the background, lastly Wendy & Seulgi's amazing adlibs…😭

I am so proud of you Red Velvet!

lemme have a moment pleek ㅠㅠ

GRABE THE QUEENS TALAGA CAN PULL OFF ANY CONCEPT ANO? 😭 #QueendomCome#레드벨벳_퀸덤_가보자고 pic.twitter.com/nN7QGcuFGt

Red Velvet truly are queens. Continue slaying, Summer Queens! (They didn’t mention Kwangya either, so this is a win). Watch out for their online fanmeeting later tonight at 8 P.M. KST! 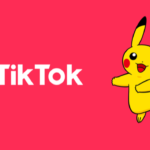 Pikachu is now officially on TikTok 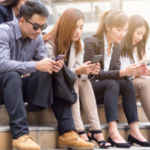