SM Entertainment confirmed last June 9 that the K-pop group Red Velvet is gearing up for their comeback in August after more than a year of inactivity. But what exactly does this mean for the almost 7-year-old girl group that’s facing a possible contract expiration in that same month?

Red Velvet (레드벨벳) is a girl group from SM Entertainment, and is one of the leaders of 3rd generation K-pop along with acts such as BTS, BLACKPINK and TWICE. The group originally debuted with four members on August 1, 2014 with their single “Happiness”. They were joined by the new member Yeri the following year with their first major release “Ice Cream Cake”.

The five-member girl group has been on a hiatus since their previous comeback last 2019, which they promoted with the track “Psycho”.  Aside from the awaited return, they will also be celebrating their 7th year anniversary next month. But here’s the thing: the average K-pop contract lasts for 7 years.

After the 7 years are up, the artists are given the option to either renew or not with their company. However, there are some contracts that have clauses which may extend group activities to 3 more years.

Way, an ex-member of the girl group Crayon Pop, discussed this in her Youtube channel with lawyers.

Due to this knowledge, rumors have been circulating amongst K-pop fans if the group will be put into indefinite hiatus (SM Entertainment’s method instead of group disbandment)  after this year’s comeback. It is possible that the contract expiration will happen this year or in 2024.

Red Velvet has been one of the groups that continue to push the boundaries of K-pop through their unique sound and out-of-the-box concepts. From cute summer bops to more mature and darker releases, they remain fresh and surprising by capitalizing on their “weirdness”, exemplified by their songs such as “Zimzalabim” and “Peek-A-Boo”.

No matter what happens in August, one thing is true—we’re all very excited to hear the girls once again. With the comeback coinciding with their 7th year anniversary, it is surely something fans will look forward to. And whatever the girls decide to do should the day actually come, ReVeluvs will surely support them wherever they go.

Stay tuned for more updates regarding their anticipated comeback! 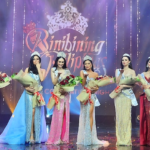 Boy Abunda tricks with ‘okay not to be okay, okay to be not okay’ question during pageant 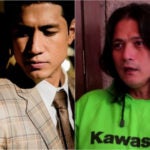