Last Wednesday, Lizzo revealed on TikTok that she’s been “sucking in”, letting her millions of fans know that “we’re gonna have a little America”.

After a user commented on one of Lizzo’s TikToks, asking for the tea about her “pregnancy”, Lizzo decided to address the statement and quell rumors.

If you couldn’t guess from the baby’s adorable nickname, “the father-to-be” is Captain America himself, Chris Evans.

This love affair began last April, as Lizzo shared a screenshot of a drunk DM she sent to Chris Evans on Instagram.

Don’t drink and DM, kids…. for legal porpoises this is a joke

Things quickly escalated when Lizzo later revealed that Evans followed Lizzo back on Instagram the very next day.

The back and forth between the two superstars has provided a lot of entertainment for both Lizzo and Chris Evans fans alike, but the pregnancy joke took the cake. On Monday, Lizzo announced that she “secured the child support bag” as Evans decided to jump in on the joke.

Congratulations to Lizzo and Chris Evans, the happy soon-to-be parents of “little America”! 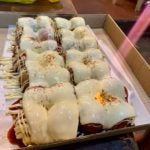 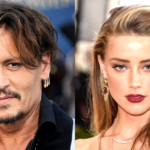 Learn to self love with TikTok creator Thurees