Following rumors last month, Park Seo Joon is making his Hollywood crossover as he is now confirmed to be starring in the cosmic adventure of Captain Marvel 2: The Marvels.

On the movie’s official IMDB page, the Itaewon Class actor is joining a female-led cast, including Brie Larson as the titular superhero Captain Marvel aka Carol Danvers, along with Teyonah Parris who plays Monica Rambeua, with Iman Vellani teaming up with as Kamala Khan, and Zawe Ashton whose role remains undisclosed in the movie.

Though the popular actor’s role is carefully under wraps at the moment–most likely to prevent spoilers and scene patching– Marvel fans were quick to come up with theories on which character he most likely will be playing.

A few possibilities (without visible hints) tell Park Seo Joon could be the Korean-American superhero, Amadeus Cho, who eventually became the successor of Bruce Banner’s Hulk identity. However, given the fact that the original Hulk is still in the Marvel films and the actor himself is too old for the image of teen genius Amadeus, it’s most likely not his debut fit for The Marvels.

It’s possible as well for him to appear as Noh-Varr a.k.a. Marvel Boy or as another established character in Marvel comics. While some suggest his portrayal will be a new character entirely created for an additional zap to the movie, every detail is pure hunches until the production officially announces it.

Bottomline: whatever role Park Seo Joon’s casted in, this one is an image far from his ‘Oppa’ quality; he could only be cool or be vicious– no in betweens.

Captain Marvel 2: The Marvels directed by Nia DaCosta is set to premiere on November 11, 2022.

Ready to be on the edge of our seats the whole time? Check out more MCU movies to release below: 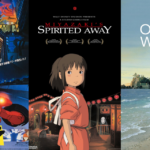 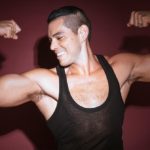