The women’s three-meter springboard diving final was held last Sunday in Tokyo, but the cameras briefly shifted the audience’s attention to someone else — Olympic diver Tom Daley, who was in the stands watching the final. Daley was spotted doing some knitting while cheering on the competitors.

Knitting needles in hand, the 27-year-old Olympic diver had a concentrated look on his face as he worked on his new project with pink and purple yarn. The official Twitter account of the Olympics posted a photo of Tom Daley knitting in the stands with the caption: “Oh this? Just Olympic champ @TomDaley1994 knitting in the stands while watching the diving.”

Oh this? Just Olympic champ @TomDaley1994 knitting in the stands while watching the diving. 🧶 pic.twitter.com/o17i6vsG2j

A fan on Twitter posted screenshots of Tom Daley’s Instagram story on Monday wherein the diver revealed what exactly he was knitting at the Olympics — a dog jumper.

important tom daley knitting update: he was making a dog jumper and it is finished pic.twitter.com/9bdr31mmdc

Tom Daley actually has an Instagram account where he posts pictures of his knitting and crochet creations. In one of his videos on his knitting Instagram (knitstagram?) he revealed that he had made a cute little pouch for his gold medal. The pouch had the flag of the United Kingdom on one side and the Japanese flag on the other. In the video, Daley explained that he made the square pouch for his gold medal so that he could carry it around without it getting scratched.

Fans of the diver were delighted to see that he brought his hobby with him to the Olympics.

not tom daley knitting at the olympics i- pic.twitter.com/E70zamUhvk

i am so warmed by tom daley knitting himself a little pouch for his olympic medal pic.twitter.com/OojA330YHk

One fan also revealed that the reason why Daley was knitting at the Olympics was because he is raising money for charity.

Also peeps, the reason why Tom Daley was knitting today is because of this.

He is raising money for charity.

Makes him all the more adorable doesnt it? And makes you think, “what have you done for the world today?”

Tom Daley has become one of the most popular members of Team Great Britain. Aside from his Instagram for knitting, he also has a YouTube channel with over 1 million subscribers.

The diver won his first gold medal at the Tokyo 2020 Olympics. In a press conference after his win, he hoped that his gold medal win would inspire the LGBTQ youth and show them that they “can achieve anything.”

“I feel incredible proud to say I am a gay man and also an Olympic champion,” Daley said. 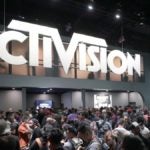