SB19 continues to lead the Filipino music scene into its new age through their first extended play “Pagsibol”, released today. Its title is meant to signify their growth as they introduce a new sound of OPM. Each track embodies a certain part of their journey into becoming a national and a worldwide phenomenon. The group spoke about the EP, their music and more in a virtual press conference held yesterday, on July 22, 2021.

“Pagsibol” contains a total of six tracks, including previously released singles such as “What?”, “MAPA” and “Ikako”. SB19 strengthens their goal to create more diverse music through their new tracks as well. “Mana”, short for the self-segmenting creature manananggal,  exhibits a strong and dark vibe as it speaks about the group’s humility—they soar in the sky with their feet on the ground.

The group’s leader Pablo recommends the other two tracks as the song to first listen to. “SLMT”, a fun and catchy bop, is an ode to the A”TINs who have always been there to support them in every step of the way. For those who might be more of a casual listener, Pablo suggests “Bazinga”, the track dedicated to their doubters and those who bashed them when they were just starting out.

Along with the “Pagsibol” release, Spotify also joins SB19 for a campaign through the hashtag #SpotifySB19ATINto. The group collaborated with 6 Filipino visual artists and designed jeepneys to fit the theme of each track in the EP. The jeepneys serve as canvas that reflect the inspirations of their songs while remaining truly Pinoy.

The boys are also revving up to break through the international music scene, with interviews from Rolling Stone and iHeartRadio. When asked about the international exposure, Josh assures everyone that SB19 “will still be themselves”.

SB19 is also gearing up for their rescheduled online concert, “Back in the Zone”, happening on the 1st of August. They shared that the group is feeling ngarag due to being highly involved in the preparations and that they are making sure that attendees will enjoy.

Catch SB19’s “Pagsibol” on Spotify and grab your tickets for their virtual concert! 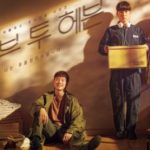 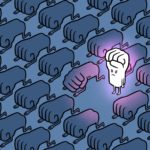