Scarlett Johannson voiced out and said that the portrayal of Black Widow character is no longer objectified and sexualized.

The 36-year-old actress has played the role of Black Widow and made her Marvel Cinematic Universe (MCU) debut in 2010 film “Iron Man 2.” After 11 years, the superhero is finally getting a standalone movie.

When asked how sexualization of superheroes affected Black Widow, Johannson pointed out the changes in her maturity, not only in the character of Natasha Romanoff (Black Widow) but also as a woman and a mother.

“Obviously, 10 years have passed and things have happened and I have a much different, more evolved understanding of myself. As a woman, I’m in a different place in my life,” she stated in her interview with Collider.

Johannson added that she is more forgiving now and has learned to accept herself.

“The character is so sexualized, you know? Really talked about like she’s a piece of something, like a possession or a thing or whatever — like a piece of a**,” she explained.

Also called as a piece of meat by Tony Stark, Johannsonn said she would have accepted a comment like that as a compliment, but she wouldn’t now as she recognized her ‘self-worth.’

Johansson stressed that the portrayal of women now is evolving and people do not refer to women as a possession anymore, which was unlikely from the treatment of Romanoff’s character in the past.

“Now people, young girls, are getting a much more positive message, but it’s been incredible to be a part of that shift and be able to come out the other side and be a part of that old story, but also progress. Evolve. I think it’s pretty cool,” Johansonn emphasized.

“Black Widow” is a prequel set after the events in “Captain America: Civil War.” The release of the upcoming film is on July 9. 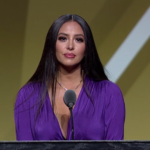 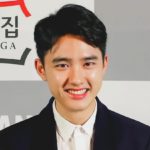 EXO’s D.O. 1st solo album to be released in July