Vanessa Bryant and family members of those who died in the January 2020 crash have reached a confidential settlement against the helicopter company involved in the deadly crash that killed NBA legend Kobe Bryant, his daughter, and seven others.

The settlement comes two days after Vanessa Bryant shared an Instagram post for her deceased husband on the second Father’s Day after his death.

People, meanwhile, have mixed reactions to the settlement. Others are praying for her loss, but others criticize her for being greedy for money.

Praying for her peace. https://t.co/nwt4pDpoPZ

Congratulations to the parties and their attorneys for reaching a settlement. Mediation has brought closure to what could have been a long and painful lawsuit.
LIFE IS BETTER LIVED THAN LITIGATED.https://t.co/Da2etdFkBc

Some people sided with Vanessa Bryant, saying that her settlement would “never be enough” compared to her loss.

Vanessa Bryant and other families reach settlement with company that operated helicopter in deadly crash https://t.co/gESUct062O

#BREAKING: Vanessa Bryant reaches settlement with the company that operated the helicopter in the Jan. 2020 crash that killed Kobe, the couple’s daughter Gianna and seven others. https://t.co/1n1vtMCtEl

Vanessa Bryant, the widow of the basketball star Kobe Bryant, and the family members of the other victims in a deadly helicopter crash last year reached a settlement with the charter company that operated the helicopter. https://t.co/ruqeBq8wWz

However, there are still other people who regard her lawsuit as being “money hungry.”

Vanessa Bryant, the widow of the basketball star Kobe Bryant, and the family members of the other victims in a deadly helicopter crash last year reached a settlement with the charter company that operated the helicopter. https://t.co/ruqeBq8wWz

Like she doesn’t have enough money…..fkn greedy people ….the loss was horrible and tragic but really sue sue sue ….smfh https://t.co/kSfB9LPF92

Vanessa Bryant and along with three other families of the victims sought general, economic and punitive damages.

Less than a month after the incident, Vanessa Bryant filed her lawsuit against Island Express Helicopters claiming that Ara Zobayan, the pilot of the flight, “failed to properly monitor and assess the weather prior to takeoff,” “failed to abort the flight when he knew of the cloudy conditions” and “failed to properly and safely operate the helicopter resulting in a crash.”

She added that the helicopter company “knew or should have known” that Zoboyan had been previously cited by the Federal Aviation Administration for violating “the visual flight rules minimums by flying into an area of reduced visibility from weather conditions.”

Moreover, she also accused the helicopter owner, Island Express Holding Corp., of failing to equip its helicopter with a traffic avoidance and warning system.

In a separate lawsuit against the County of Los Angeles, Vanessa Bryant has accused a county public safety worker of improperly sharing photos of her deceased husband and daughter from the crash site. The county says, however, that her lawsuit has no basis and is fighting back.

The group had been on their way to a youth basketball game at Kobe’s Mamba Academy in Thousand Oaks, California, when the helicopter crashed into a mountain.

In response to the lawsuit, a representative for Island Express Helicopters said that “This was a tragic accident. We will have no comment on the pending litigation.”

The company also argued that the victims “had actual knowledge of all of the circumstances, particular dangers, and an appreciation of the risks involved and the magnitude thereof,” thus “voluntarily assume the risk of the accident, injury, and damages” of flying in the helicopter.

Leaping forward: A look back at Sprout 2021 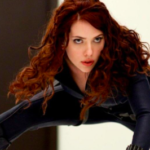