Cancel culture is a virus

The following #POPCreators entry was submitted by Pia Maureen Ariate, an aspiring writer and self-proclaimed feminist-in-progress who struggles with imposter syndrome. Submissions under POP! Creator Community appears “as is,” without any editorial intervention.

Here’s her piece titled, “Cancel culture is a virus”:

We live in a time of clickbait, deep-fakes, propaganda, sensationalism, and fake news that have become part of our daily lives. Hence, it’s no surprise that some individuals have trouble distinguishing reality from fiction in media consumption.

I remember how a group of teachers, all of whom are followers of this particular leader, cyberbullied me when I decided to call out one of their colleagues who shared misleading information online. I wanted to do so because she has several audiences, including young students with little access to validated news that she can potentially influence into ignorant adults in the future. They justified slander and ad hominem attacks in their responses as exercising freedom of expression.

“Freedom of speech is a principle that supports the freedom of an individual or a community to articulate their opinions and ideas without fear of retaliation, censorship, or legal sanction. The term freedom of expression is usually used synonymously but, in a legal sense, includes any activity of seeking, receiving, and imparting information or ideas, regardless of the medium used”, (Fee, James V.,1973).

While it is valid that there is no more monopoly of knowledge and truth whatever the occupation, some of our thoughts are still experiencing censorship by suppressive states. On the contrary, freedom of expression does not necessarily imply freedom of consequence. Yes, you have free speech, but your words have consequences. Some things are not socially acceptable to say or do, particularly when you want to impose your collection of facts on others under the pretext of an opinion. Nothing can be a “fact” unless it is from hard facts and values.

Worse, when presented with evidence, they were swift to ignore them and would settle for a moral ascendency when they ran out of reasons. They openly mocked me online and gaslit what I said. It’s disheartening to imagine that these people are considered professionals and have complete access to verified sources but willfully ignore them. Since we live in an era of misinformation, ignorance is a choice.

People on Facebook are most likely to believe in falsehood because it mirrors their personal biases, regardless if you present them with facts. Moreover, Rand and Gordon Pennycook, Ph.D., an assistant professor of behavioral science at the University of Regina, in Saskatchewan, Canada concluded that: “people are more likely to fall prey to misinformation because of lazy thinking than due to any conscious or subconscious desire to protect their political identities”.

“People [who] believed false headlines tended to be the people [who] didn’t think carefully, regardless of whether those headlines aligned with their ideology,” (Rand, 2019).

However, after going through the traumatic situation, I started to wonder whether the opposition is the true enemy or not because, in the end, you can’t influence anyone’s opinion online. If your self-worth centers on your ability to uphold a belief, you can find it impossible to let go, and as a result, dogmatism and close-mindedness are likely to happen.

It becomes a responsibility to misinterpret the other person’s perspective; therefore, these online conversations don’t aim to disseminate knowledge nor assist people in learning but rather use it as an intellectual exercise to boost their moral high ground.

Some just take advantage of the situation to make themselves look better or to feel good about themselves. We quickly dismiss their indifference as ignorance, if not bigotry. And our proclivity for jumping to conclusions and categorizing individuals into boxes when they aren’t activists or the “right” sort of activist exemplifies a societal problem: intellectual elitism.

This outcry appears to have gotten more selective, to the point that the hyperfocus on political correctness. It has led to an increase in presumably high-minded rhetoric arguing that all oppositions are biased and uneducated.

“Cancel culture” is a form of boycott in which a person has engaged in problematic conduct or has said something provocative and questionable. It is most visible on social media sites and the internet, where it grew in prominence at the end of the last decade. There have been several perspectives on why this has been an issue.

People are judged and crucified for what they did at one point in time, taken out of proportion. Of necessity, certain “canceled” individuals/groups deserve to pay the costs of their actions and get their status or power taken away.

However, there is a thin line between someone who should be “canceled” and someone who deserves another chance. It is where the flaws reside because it’s easily weaponized, whether against others or for ourselves.

It is a juvenile alliteration used by people under scrutiny to draw focus away from the fact that their acts or opinions are no longer tolerated. It is preferable to promote a culture of “accountability” because it encourages everyone to continue with what they are doing as long as they recognize the error of their actions or ideas, make amends, and go on without the offending response.

“Cancel culture” is a very significant and controversial practice that is partisan in nature. It is simply pointing out how such things as “canceling” the people behind said things and having one’s worldview or actions dissected is not the same as heroism. That’s only a rebranded version of the old “political correctness” attack, designed to make those who object to something you don’t object to seem fanatical.

It diverts our attention away from the question of whether the thing is disagreeable. Honestly, humility is inestimable. It is inspiring to see people who would acknowledge their mistakes and are open to change their views when presented with facts.

There has never been more time for humans to develop critical thinking skills. Understand that every news, every person you speak with, and everything you read contains some level of bias, and it is up to you to stay in control and learn to discern information.

So when you engage in another online debate, make sure to do some research because it is inevitable to get triggered by radical discussion; otherwise, you might end up with a fallacious argument. Also, objectivity is a myth. It is okay to be biased as long as these biases are fact-based and supported with evidence.

Let us all strive to be informed rather than opinionated, and keep in mind that if you can’t be corrected without being offended, you’ll never learn. After all, “cancel culture” only continues to antagonize those who are victims of the same system that dis-empowers us.

We should redirect our anger at those in powerful positions who make a mockery out of the Filipino people. They are the ones who need to take responsibility for their incompetence to lead and other shortcomings. Instead of becoming intellectual elitists, we should participate in meaningful self-reflection, constructive questioning, or even reading, listening to, and watching things that we disagree with.

Our positions may stay unchanged, or we may gain fresh insights and a greater understanding of our world and the people that live in it. It’s wonderful that so many of us are concerned about societal problems and are working for justice but let’s avoid it from an elitist’s point of view. 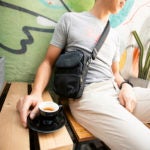 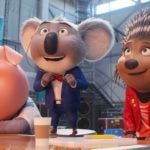