There was a baby dinosaur footprint discovered in China.

Its imprint measures 2.24 inches (5.7cm) long and their species is yet to be known, but it is thought to be a diminutive stegosaur. A co-author from the University of Queensland, Dr. Anthony Romilla said that, “This footprint was made by a herbivorous, armored dinosaur known as the stegosaurus” 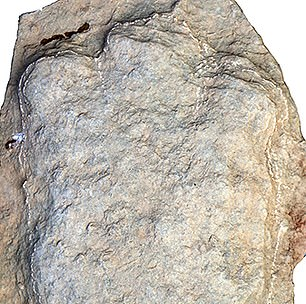 The researchers are said to have found the footprint in the Lower Cretaceous Tugulu Group of Xinjiang Province, China. The paleontologist indicated that the dinosaur was surrounded by older and fully grown family members. 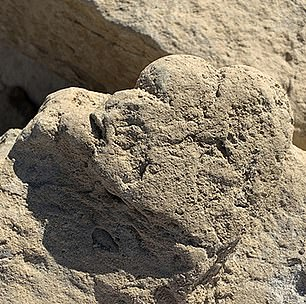 As they wrote in their scientific paper, which was published in the journal of Palaios, the experts say that the track was made by another dinosaur named as the ichnogenus Deltapodus.  It was also mentioned, that there were other footprints nearby and were six times larger. The baby imprint is said to be “the smallest convincing example of a Deltapodus”

They also said that its shape reveals a young stegosaurus, has a very different gait to a much heftier adult. The adults are more elongated, which means giant dinosaurs walked with their heels on the ground, just like humans. The baby stegosaurus has its heels lifted, which indicates they walk on their toes, like a cat or a bird, with the bottom of their foot not touching the floor.