The painting titled “Game Changer,” pays tribute to healthcare workers who have been in the frontline in battling the pandemic. All proceeds will be donated to various charities under the National Health Service (NHS) — as well as the University Hospital Southampton where it was previously displayed. 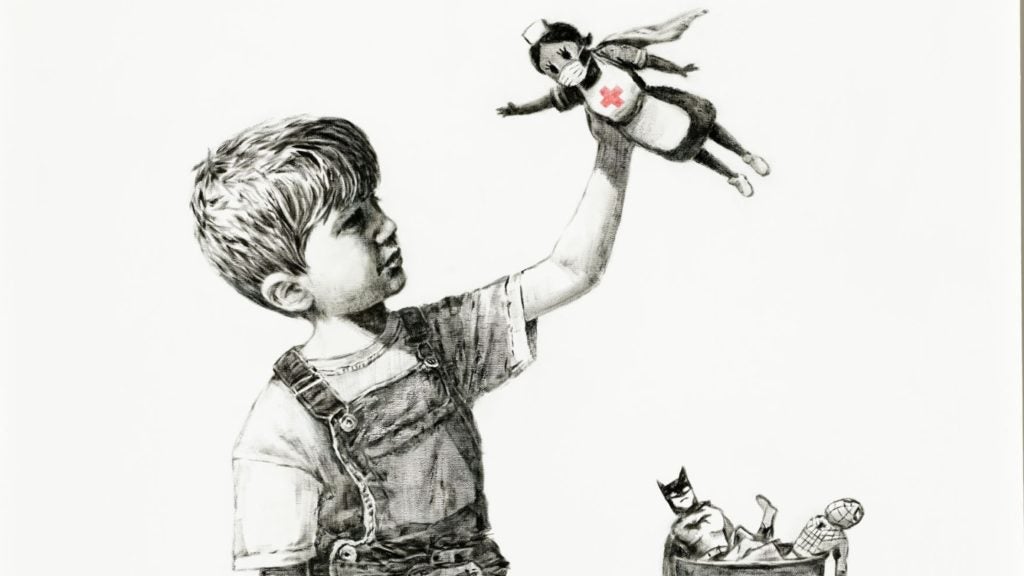 It was sold for over four times its high estimated mark of $4.8 million. Banksy also nearly doubled their previous record.

In 2019, the artist sold a piece titled “Devolved Parliament” for $13.6 million. It was an oil-on-canvas painting of British politicians as chimpanzees in the House of Commons.

Though Banksy has yet to reveal their identity, the enigmatic artist is known for being vocal on issues through their work.

When “Game Changer” was donated to the University Hospital Southampton, Banksy included a note on the painting that read: “Thanks for all you’re doing. I hope this brightens the place up a bit, even if its only black and white.”

‘A day in the life of frontliners’: Twelve-year-old girl creates a COVID-19 related illustration

How about teleporting into a painting for your next Zoom meeting?