Anne-Marie x KSI x Digital Farm Animals have teamed-up for their uplifting, joint new track, ‘Don’t Play’, which is out now via Asylum/Atlantic. The track is available across all DSPs and you can watch the accompanying official video here.

Underpinned by a fluid garage beat, the heart-on-sleeve track is bridged with Anne-Marie’s world-class vocals, KSI’s effortless flow and Digital Farm Animals’ production, the fruits of which make for hook-laden remedy to beat the January blues.

Tied to a theme of mixed martial arts (an apt narrative, given Anne-Marie is 3 x world Shotokan karate champion), the official video – directed by ROSCOE and starring all artists – embodies the power of ‘the underdog’, showing how anyone can overcome adversity when they put their mind to it.

Currently a mentor on UK talent show The Voice alongside Sir Tom Jones, Olly Murs and Will.i.am, Anne-Marie’s latest release follows an action-packed 2020. One of the UK’s most in-demand pop vocalists and having dropped her comeback track ‘Birthday’ in March of last year, the Mind Charity ambassador followed-up with her Doja Cat collaboration ‘To Be Young’ and culminated last year by featuring on Rudimental’s heralded earworm, ‘Come Over’ with Tion Wayne.

Elsewhere, in November, Anne-Marie released her first-ever documentary titled ‘How To Be Anne-Marie’, exclusively with YouTube. Taking us back to her home county of Essex and shot at a time when her years’ plans were turned upside down due to the pandemic, the hour-long documentary looks inwards at Anne-Marie’s journey. In the film – which includes an exclusive performance of a new track titled ‘Problems’ – she recounts her difficult school years, the experiences and close bonds she shares with her family and friends back home, as well as the plights on stardom, which she candidly speaks about her with her confidants – Little Mix (watch here).

Anne-Marie has become on the globe’s most successful pop stars over the past few years with nearly 4.5 billion streams to her name. In her home market, she has secured 1 x platinum album, 2 x double platinum singles, 3 x platinum singles and 7 x silver singles – four of which have reached Top 10 status. Her debut album, Speak Your Mind, was released in 2018, and saw her become that years’ biggest-selling debut artist in the UK.

Dissimulation – KSI’s first album – marked the next stage in his evolution, an ambitious record which quickly became the biggest studio debut of 2020 so far. Hitting number two in the UK album chart and with over a half a billion streams, in Dissimulation KSI creates space for both his public persona and the personal: big hit features with the likes of Rick Ross and Lil Baby (Down Like That) and AJ Tracey (Tides) sit alongside more intimate, honest tracks.

No stranger to defying expectations, Dissimulation received critical acclaim. Clash labelled it “an excellent body of work”; “he’s absolutely smashed it” proclaimed Metro. It’s no surprise that KSI has been seen on the cover of The Sunday Times Magazine and Music Week; The Observer Magazine and Notion. Other labels and artists want a piece of the KSI pie too: just look to the success of his features on S1mba’s Loose and Nathan Dawe’s Lighter.

And with his second album almost completed, a 2021 tour which sold out in seconds, the launch of his own label and a single with Craig David (Really Love), KSI is proving that music is very much his domain.
KSI brings with him the unrelenting work ethic and infectious energy which YouTube instilled in him. Despite his debut’s success, he’s certain Dissimulation just scratched the surface: the next record, he’s clear, will showcase his artistry’s further progression again. Given FAULT Magazine described KSI as “one of 2019’s biggest success stories – “an emergent hip-hop star” said The i – all eyes will be on his follow up. KSI’s task – writes The Observer – is “not just to make “YouTube rap” but the real thing”. Their verdict? “Mission accomplished.”

KSI is currently working on his follow up studio album, set for release later this year.

Digital Farm Animals is the multi-platinum producer, songwriter and DJ responsible for some of the biggest hits of the last few years. Beginning his career as an artist signed to Sony Records, he collaborated on songs with Nelly, Louis Tomlinson, Alan Walker and Bebe Rexha. He has played some of the biggest festivals in the world, including Tomorrowland and V Festival, and has performed on TV shows like The Tonight Show with Jimmy Fallon, the Teen Choice Awards and X Factor.

But it’s his work as a songwriter and producer that has skyrocketed him to the upper echelons of the music scene. He has worked and collaborated with some of the biggest artists in the world, including Marshmello, Jennifer Lopez, will.i.am, Amy Winehouse and more. He was behind Dua Lipa’s breakout hit, ‘Be The One’, and has gone on to write and produce international hits including Galantis’ ‘No Money’, Louis Tomlinson and Bebe Rexha’s ‘Back to You’, Rita Ora’s ‘Anywhere’, Little Mix’s ‘Only You’ and Aitch’s ‘Buss Down’.

With over a billion streams on his artist project and billions more on his productions, Digital Farm Animals is undoubtedly one of the most sought-after pop producer/songwriters in the world today. 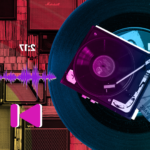 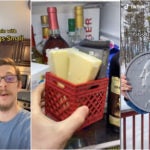