ViacomCBS Networks International, a unit of ViacomCBS Inc. (NASDAQ: VIACA, VIAC), has added its flagship kids brands Nickelodeon and Nick Jr. to various platforms in Southeast Asia. Nickelodeon is one of the most globally recognized and widely distributed multimedia entertainment brands for kids and family, putting kids first in everything it does. Nick Jr., targeted at kids aged 2-6 years and their caregivers, provides educational and entertaining content with great stories and characters that empower kids to learn while they play.

Starting January 4, 2021, in the Philippines, Nick Jr. (Channel 77) will be available to Cignal TV’s Prepaid and Postpaid subscribers, part of Cignal’s launch of 11 exciting new channels. Nickelodeon has been available on Cignal since 2012.

In Malaysia, Nick Jr. (Channel 617) joins Nickelodeon (Channel 612) on Astro’s revamped Kids Pack which launched on December 15. From now until December 31, 2020, all Astro customers can enjoy a complimentary preview. Nick Jr. will also be made available on NJOI and in commercial establishments from January 2021. Earlier this year, Nick Jr. launched on Astro GO, enabling customers to stream content from the channel as well as on-demand.

Pierre Cheung, Senior Vice President and General Manager for Asia at VCNI, said, “Nickelodeon has been entertaining kids the world over for more than 40 years now. With the launch of Nickelodeon and Nick Jr. together with our valued partners, we continue to expand our brands on linear and beyond while boosting our offering and entertaining even more viewers.”

Nickelodeon fans can look forward to a variety of shows from animation to live action series, gameshows to the Kids’ Choice Awards – the only award show that empowers kids to vote for their favourite celebrities. The channel will also feature popular titles such as SpongeBob SquarePants, ALVINNN!!! and the Chipmunks, Henry Danger, The Thundermans series and Deer Squad.

The Nick Jr. content line-up comprises fan favourites such as Shimmer and Shine, Top Wing, Dora and Friends, Team Umizoomi, Blaze and the Monster Machines and the award-winning PAW Patrol. 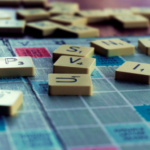 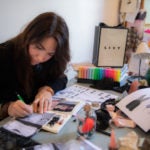 This Grade 6 student from Manila shares his online learning experience

An 11-year-old kid’s ode to her late grandmother

‘A day in the life of frontliners’: Twelve-year-old girl creates a COVID-19 related illustration