Astronaut Victor Glover just made history when he came on board the International Space Station—becoming the first African-American ever to begin a full six-month stint on the orbiting lab. NASA celebrated this historic moment with the launch of the SpaceX Crew-1 mission.

The space station has now been inhabited for more than 20 years, and 126 humans have lived there during that time. But none were Black. Six African-American astronauts visited the space station during the shuttle missions, but none stayed aboard as long-term crew members.

The 44-year old Glover, a Navy commander and test pilot who joined the astronaut corps in 2013 is the first Black astronaut to join the extended crew aboard the ISS following their 27-hour journey across space. Glover is a graduate of California Polytechnic State University and earned a whopping three master’s degrees in in-flight test engineering, systems engineering, and military operational art and science—all in a span of three years.

The Navy veteran expressed excitement about the new milestone and embarking on the missions with his team. “It is something to be celebrated once we accomplish it, and, you know, I am honored to be in this position and to be a part of this great and experienced crew,” Glover said during a news conference on the new mission last week before they got off the ground. “I look forward to getting up there and doing my best to make sure that, you know, we are worthy of all the work that’s been put into setting us up for this mission.”

At a time when the United States is divided yet again by racial tensions, Glover also says he does not want the attention, not for this, at least. “I wish that there wasn’t anything to talk about, but that’s not the world we live in,” the astronaut acknowledged during a recent interview.

The next gao will not be so long. NASA has already announced that another Black astronaut, Jeannette Epps, will fly to the International Space Station aboard the first operational mission of Boeing’s Starliner spacecraft. That flight could happen either in 2021 or 2022, depending on how fast the solution is on the ongoing software problems with the Boeing capsule. 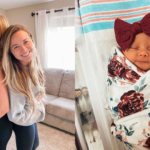 ‘An absolute rockstar’: Woman, 51, gives birth to own grandchild 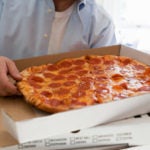