A fangirl mother who recently turned 70  proves that like in love, fangirling over your favorite Korean idols knows no age.

Aurelia “Mommy Batch” Galarrita, a lawyer and a certified “plantita” who is an avid fan of the famous South Korean actor Park Seo-joon, also known to fans as PSJ, celebrated her 70th birthday at her home in Muntinlupa City with a setup themed after her favorite “Oppa” last Oct. 15.

Oppa is a Korean honorific title used to address older men, which literally means “older brother of a female person,” but its meaning has changed over time as it is now being used to refer to a female person’s very close male friend, romantic interest, boyfriend and sometimes even an older husband.

In a Facebook post on Thursday, Oct. 22, Galarrita’s daughter Melissa Galarrita Menes shared photos of her mom posing against the backdrop of life-sized photos of the Korean actor, who she said makes Galarrita “young at heart.”

Lots of messages and good vibes from as far off as Nepal, Bangladesh, Turkey and Mexico! PSJ has a lot of fans! This…

There may be no guests present during her mom’s birthday celebration, but Menes said their family and friends were all on Zoom partying with her mom, along with Park’s virtual backdrops.

Menes also thanked her brothers Carlo and Paolo who had been hands-on with the preparations for their mom’s platinum jubilee celebration.

“Kudos to my brother Carlo for being there with her every day to make sure her internet is topnotch, otherwise, my brother Paolo paid for the staff who set up the decors and bought food and also edited a beautiful tribute video for her from everyone who loves her around the world. So yes, she was super happy!” Menes wrote on her post.

Further, as Filipino fans and celebrities who have a huge admiration for Park usually say that they have been “waiting in a long queue” for the Itaewon Class star, Menes jokingly said on behalf of her mom: “She really is [70 years old]. Senior [citizen] priority lane. For the Filipino fans — sorry, nag-cut si momshie, pagbigyan na (Sorry, my mom cut in line. Just give it to her).”

In an interview with INQUIRER.net, Menes shared how her Mommy Batch started fangirling over South Korea’s king of romantic-comedy drama Park Seo-joon.

“Gosh, she is a Korean fan since Winter Sonata days pa! But with Park Seo-joon, [it] literally started [as ECQ began] and [she has been] loyal ever since,” Menes said.

Mommy Batch spends her quarantine time learning the Korean language, commenting on Park’s YouTube videos, watching his shows over and over again, plus shopping online. So far, she has lots of Park’s photos displayed on her bedroom’s wall, plant pots painted with Park’s face, life-sized standees and personalized pillows with Park’s photos printed on it. 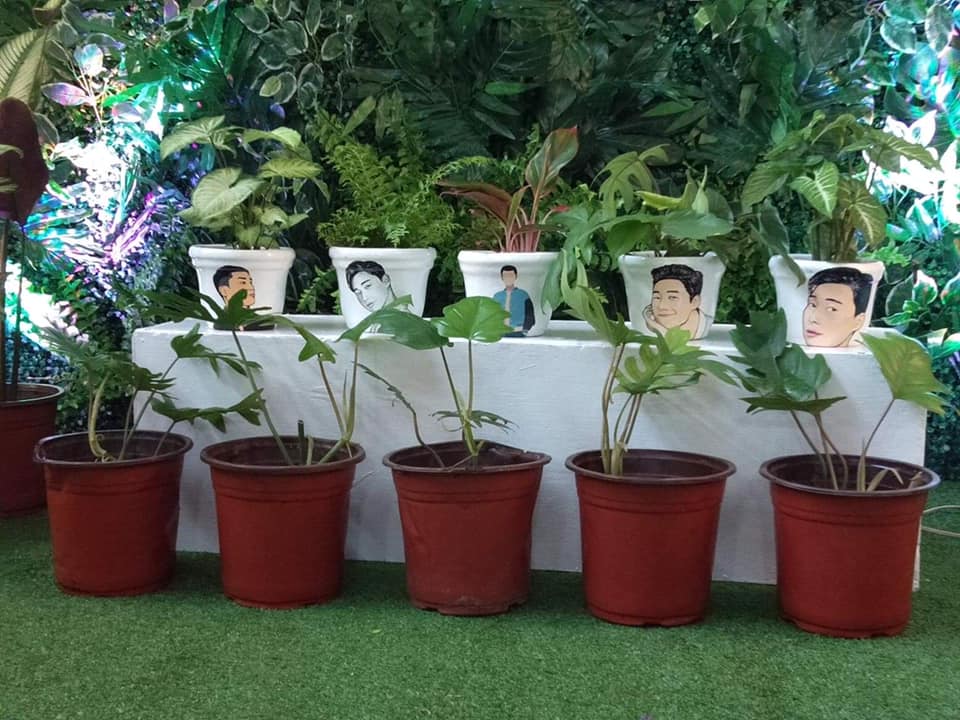 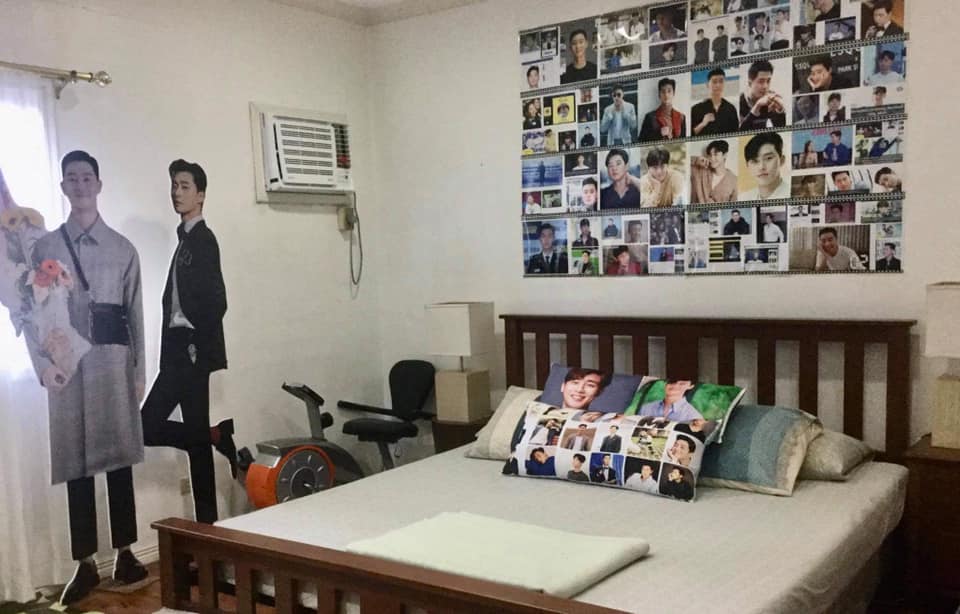 According to Menes, her dad passed away in 2004 and that is why she is grateful for the happiness that the Korean shows bring to her mom to keep her going: “What keeps her happy at home, I support.”

Meanwhile, INQUIRER.net also had a chance to interview Mommy Batch and asked her about how and why she became a fan of Park Seo-joon.

“I think I can write a book on why I became an avid fan of Park Seo-joon. I like him because he is not only tall and good-looking, he is not only an excellent actor, [but] he is also a good son, he is amiable, modest and acts as if he is clueless about his popularity,” Galarrita said.

“There is something about the way he moves and smiles, something in his voice, his eyes, his style that is irresistibly appealing. I can watch his drama and video many times over, and still want to watch more,” she added.

Galarrita said she first watched Park’s recently released television series “Itaewon Class,” followed by his 2015 rom-com drama “She Was Pretty,” which she said sealed her fate as a Park fanatic. She then looked up all Park’s K-dramas and movies and watched them all several times.

“My favorite [among his dramas] is ‘She Was Pretty.’ Park Seo-joon made my senior-aged heart flutter with his charming portrayal of his role as a mean boss who fell in love with his (unknown to him) childhood best friend. He looked so dapper, attractive and convincing that I really began to become a huge fan,” Galarrita told INQUIRER.net. 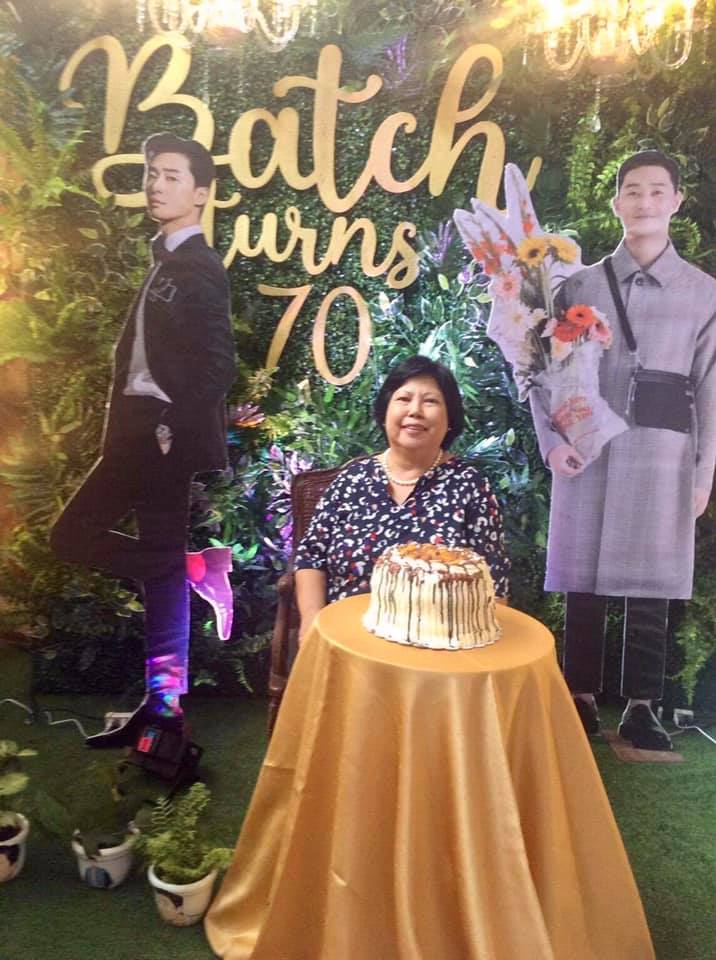 Mommy Batch Galarrita is all smiles as she turns 70 years old on Oct. 15 with a birthday celebration themed after her ‘oppa’ Park Seo-joon. Photo courtesy of Mel Galarrita Menes

When asked who among Park’s leading ladies she likes most, Galarrita said: “I cannot say who among PSJ’s leading ladies I like the most because all of them are pretty and had good chemistry with him. Each time I watch his dramas, I am carried away by the romance, because PSJ is always able to develop with his partner the beauty and tenderness of a moving love story.”

“His romantic roles, his chemistry with his leading ladies, and his perfect timing in executing his kissing scenes, all the more, added to the delight of seeing him on screen. I also got glued to watching videos of him on YouTube.”

Among the YouTube videos she has watched, Galarrita particularly likes  Park’s Bench “Fun Meet” held in SM Mall of Asia (MoA) Arena in Pasay City in September 2019, which she has viewed countless times.

“MoA was bursting at the seams then. Park Seo-joon did not have to do a song or dance number, he just smiled while he answered questions and played some games, and yet, the big crowd went bananas over this charming superstar,” Galarrita said as she recalled what she had watched from the video of Park’s recent fan event with his Pinoy fans.

Prior to this ultimate fangirling moment of her life, Galarrita was a vice president at Equitable PCI Bank and she currently runs her own Japanese restaurant, Saibachi, in Muntinlupa City. Melissa, Mommy Batch’s daughter, said she just posted her mom’s birthday bash photos for fun when she tried to add her mom to a Facebook group of Park’s fans and she did not expect the fans’ enthusiastic response.

Currently, a number of media outlets worldwide and K-drama fans, especially PSJ’s fans, have already noticed Menes’ post and they, too, have been sending their birthday wishes for the adorable “eomma” (mom in Korean).

In a recent message to INQUIRER.net, Galarrita expressed her appreciation for the warm messages that she received from netizens as she felt like her celebration has been extended happily: “I have been writing my comments on postings of PSJ’s images and videos on the internet, but no one seems to appreciate [it]. Now, the whole wide world is put on notice that this ‘senior’ is a super fan! Thank you again so much!”