After 15 years since he debuted in 2004, South Korea’s “triple threat” entertainer Lee Seung Gi finally fulfilled the dreams of his many Filipino ‘Airen’ fans—and that was to see him in the Philippines for the first time.

Last October 11, Lee Seung Gi arrived in Manila for his “Vagabond Voyage” fan meeting held at the New Frontier Theater in Cubao, Quezon City on October 12, where a lot of his fans almost filled up the venue for their much-awaited moment with him. Pinoy fans received different surprises while they got to know more about their 32-year-old “Oppa” Seung Gi with the help of Lee’s interpreter and Manila-based South Korean TV host Sam Oh.

In case you were not able to attend his first-ever PH visit, here are the 10 ‘finger heart’ worthy moments you may have missed:

1. Lee Seung Gi kicked off the show with his 2004 debut song “Because You’re My Woman”

Vagabond star Lee Seung Gi expressed his excitement to visit here in the Philippines for the first time, and to finally meet his Filipino Airens! Airen, which is the name of his fan club, means "Lover" in Chinese. 😉#LeeSeungGi #LeeSeungGiInMNL #VagabondVoyageinMNL pic.twitter.com/5boLcqJMQl

Fans squealed with excitement when their Oppa came out and started serenading them with his hit song “Because You’re My Woman”.

After his performance, Lee thanked his fans for their warm welcome and expressed his excitement over this “journey” to meeting his Pinoy Airens for the first time.

“Well, for a really long time, I really want to visit my Filipino fans, and I’ve been dreaming about this moment to happen,” Lee said.

2. Lee showed his fans how to do the “Vagabond” pose

Lee also shared a little about his new spy-action drama series “Vagabond” where he plays the role of a stunt actor named Cha Dal Gun. It started airing on Sept. 20.

“About Vagabond, it was in preparation for a whole year. I’ve really put my heart and soul into this drama,” Lee said as he talked about the filming process of his new series, adding, “Stamina is really important.”

Lee mentioned that such arduous practice is needed to perfect those stunts and other action scenes. He even talked about a scene in the series where he was wearing a band-aid near his left eye. He said he really obtained a wound above his eye while they were filming one of the stunts.

Lee surprised his fans with a “photo time” to give them a special moment before they proceeded with the program.

Look at his cute smile with his finger-heart pose! ❤️ 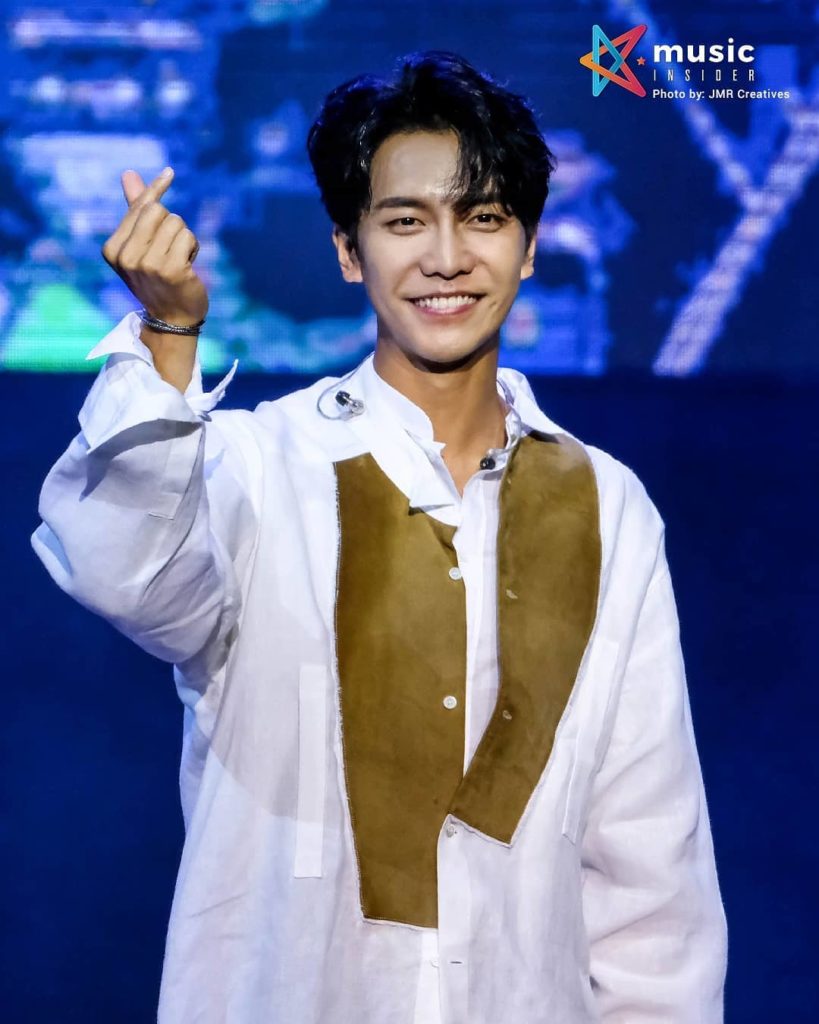 4. Hwayugi’s “Monkey King” gave his Pinoy Airens a “thumbs up”

Monkey King Son Oh Gong (Lee’s character in the series “Hwayugi”) gave his Pinoy Airens a “thumbs up” for the overflowing love and support that he has been receiving from them. 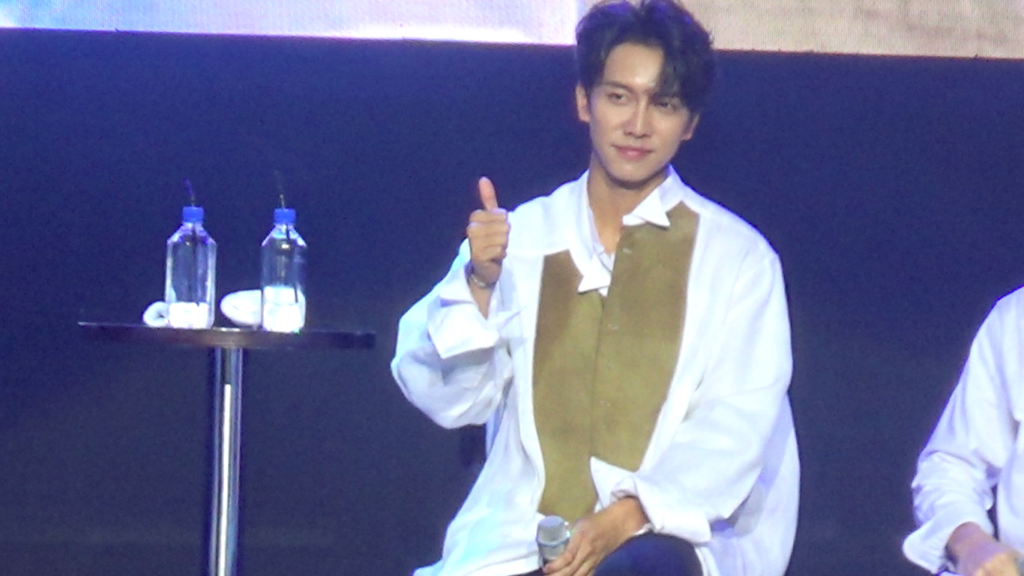 Lee Seung Gi gave his pinoy fans a “thumbs up” for the overflowing love and support that he has been receiving from them. Photo courtesy: Ves Garcia/INQUIRER.net

“I think my favorite is singing for my fans. Also, I love interacting with my fans as well, but so far, the interactions I’ve been getting (here in the Philippines) is the best,” Lee said when host Sam Oh asked him on what he enjoys doing the most during fan meetings.

He also said that the Pinoy fans’ warm welcome has exceeded his expectations. Good job, guys! 😉

In the show’s “Big Data” segment, the fans of Seung Gi could not help themselves but squeal when they saw the photos of their idol with his cute puppy “Perro,” a Shiba Inu breed.

He named his pup “Perro” because it was born on November 11, also known as South Korea’s Pepero Day. Pepero is a known cookie stick dipped in compound chocolate, which is also being manufactured in South Korea. 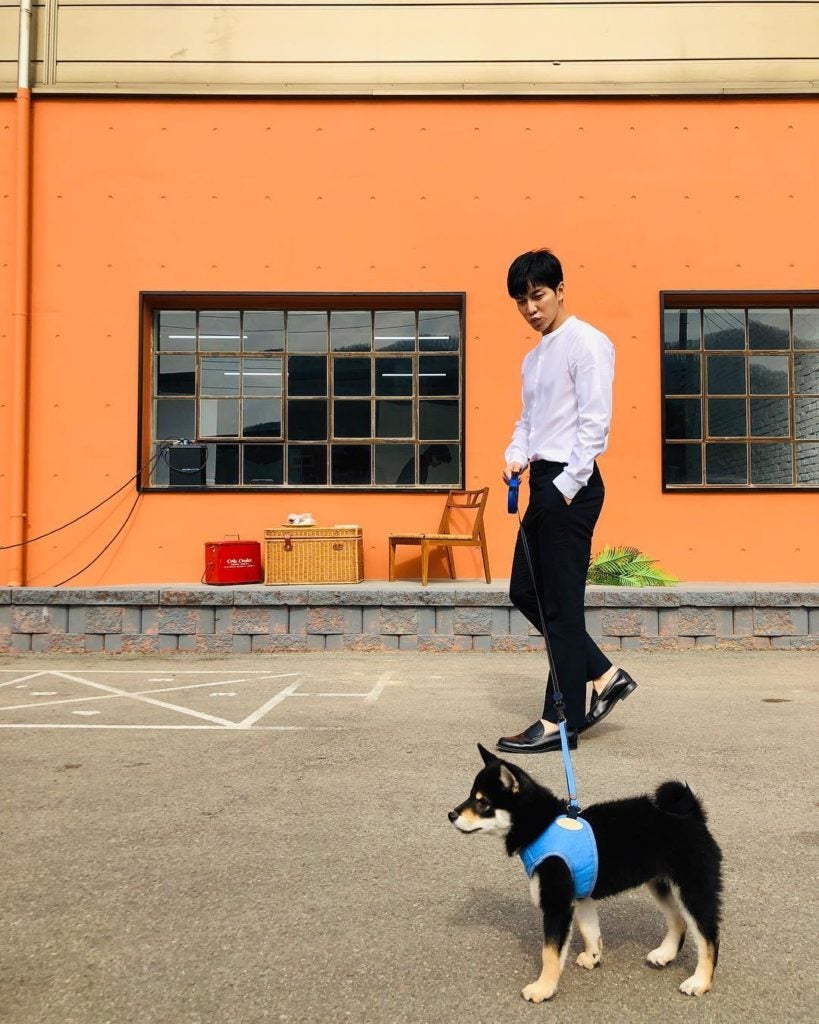 6. The “Triple Threat” entertainer shared what award he would want to receive

Known as one of the hardworking actors in South Korea, Lee admitted that he had not been getting enough rest since he entered and finished his mandatory military training. But for him, the silver linings of his hard works are the projects that he has been working on for his fans.

Although he is known as a multi-awarded actor, host, and entertainer, Lee said that he really does not put a lot of sentiments on receiving such awards—but if there is an award that he would want to receive, it is the “Most Diligent” award.

7. The “Variety Show Prince” on his experience as a babysitter in the “Little Forest”

Among all his aliases in the Korean industry, Lee was also dubbed as the “Variety Show Prince” for doing lots of television programs in which he shows what more he can offer aside from acting, singing, and hosting.

In the “Variety Talks” segment, several videos of Lee’s variety talks were flashed into the screen—one of which was the “Little Forest” where he got to interact and played with a lot of children as he transformed into a perfect caretaker. 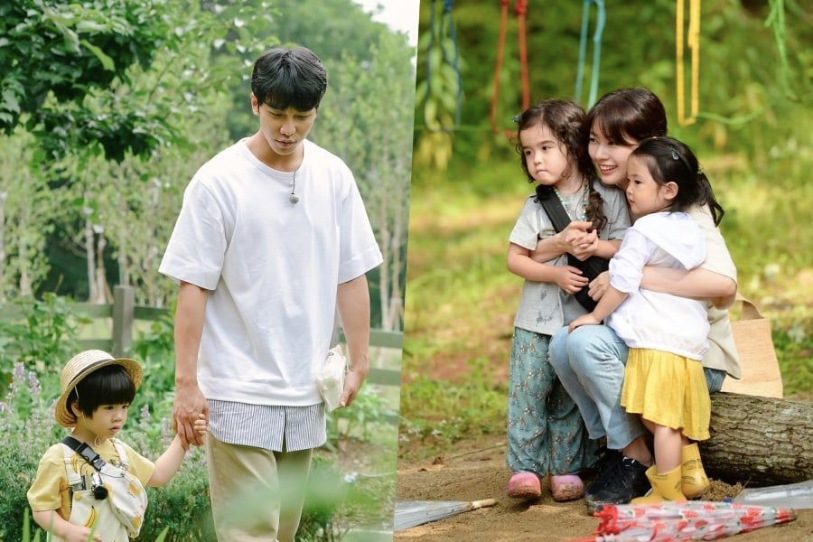 It is a show created by-and-for children where Lee, along with his co-actors Lee Seo Jin, Park Na Rae, and Jung So Min, made a foothold for children as they built a children’s home surrounded by lush greenery in Gangwon province.

There, Seung Gi was very hands-on in building a treehouse for the kids. It was well-constructed, and the exterior modeling is underway.

When asked about his experience doing a variety show with kids, Lee laughed as he answered, “It’s very fun, but I think I won’t like to do it again. The kids are lovely and I love them wholeheartedly, but it’s so tiring.”

Sam Oh didn’t leave without asking Seung Gi about having his own children in the future–to which the actor replied, “Regarding having children since I was young, I wanted three.”

8. Lee got surprise video greetings from the “Little Forest” kids and friends

Lee Seung Gi was surprised with a series of video greetings from the kids with whom he worked with on the variety show “Little Forest,” as well as from his co-actors and actresses including Yang Se Hyung, Lee Sang Yoon, Park Min Young, Lee Hong Ki, and with his “Gu Family Book” and “Vagabond” co-star Bae Suzy.

9. ‘Date with a fan’: Oppa Seung Gi flexed his culinary expertise and made a lunchbox for a fan

Of course, the event would not be complete without Seung Gi’s exciting interactions with his fans—one of which was when he showcased his cooking skills during the “Date with a fan” challenge.

Oppa Seung Gi made a bite-sized Korean rice roll called “kimbap” with his bare hands. The actor himself refused to do it at first due to hygiene concerns, but the fans insisted, “we don’t care [about] what we eat as long as you make it!!!”

Apart from the special kimbap, lucky fan Hya Salise (was randomly selected) also got the chance to hug the Korean star and even took a selfie with him. As Seung Gi handed over the lunchbox to his fan, he said, “First of all, I would like to say sorry for giving you this, but it’s safe.”

On Twitter, Hya’s sister @yenskay_airen shared a photo of the kimbap lunchbox given by Seung Gi.

10. The Airens made the most of it as they bonded with their Oppa

Truly, the fans’ excitement for this much-awaited experience was uncontrollably fun! They played a game with Seung Gi, and the winning team had a group photo with him, plus, they received a special gift (mostly pre-loved items) from him.

As the lights were turned off, a video presentation of the fans’ journey along with their heart-warming message to Lee Seung Gi was shown on the screen, and altogether they sang a song dedicated to him. This moment really brought all the audience to tears!

Before his remaining performances, Lee Seung Gi himself once again expressed his gratitude to all of his Filipino fans for their sincerity, notable efforts, and unending support for him.

“[What] I missed the most is being on stage and being with everyone,” he said, adding, “I really had a lot of worries when I entered the military, but through your warm cheers, I felt that your love never change…. I will trust and follow your love, and it will be my compass.”

“The first memory is really just the perfect memory, and I’m so happy to have made it with my Filipino fans,” Seung Gi added.

For his farewell song and dance number, the Korean star gave out all his energy during his performances of “Delete”, “Smile Boy” and “Let’s Go On Vacation.”

WATCH: The multi-awarded South Korean superstar ended his #VagabondVoyageinMNL fan meet with a full-energy performance of his song "Let's Go On Vacation." 🤩👏🏻

Lee Seung Gi’s “Vagabond Voyage” in Manila Fan Meeting was presented by HOOK Entertainment and APPLEWOOD, and was promoted by ABS-CBN Events and CDM Entertainment.