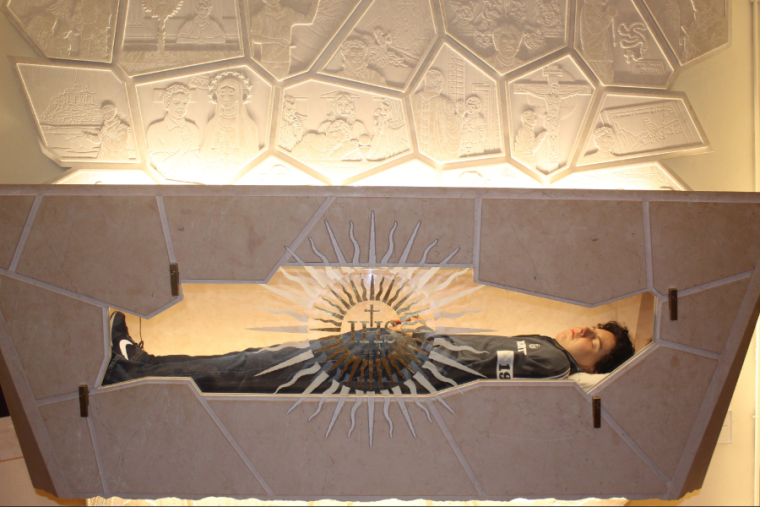 If you’re following the story of Italian teenager Carlo Acutis, then you probably know that he is set to be beatified by the Vatican soon, after Pope Francis declared him to be Venerable in 2018.

On October 1, his tomb was opened for public veneration, a few days ahead of his beatification, which was scheduled for October 10 after it was initially bumped due to the pandemic.

“Today we … see him again in his mortal body. A body that has passed, in the years of burial in Assisi, through the normal process of decay, which is the legacy of the human condition after sin has removed it from God, the source of life. But this mortal body is destined for resurrection,” Archbishop Domenico Sorrentino of Assisi said during a mass held when the tomb first opened.

Photos of the tomb show that Acutis is dressed in casual clothes—clothes that he wore in daily life—which shows evidence of how the teen lived his life.

“For the first time in history we will see a saint dressed in jeans, sneakers, and a sweater,” the rector for the Sanctuary of Spoliation in Assisi, Fr. Carlos Acácio Gonçalves Ferreira, said. “This is a great message for us, we can feel holiness not as a distant thing but as something very much within everyone’s reach because the Lord is the Lord of everyone.”

His tomb will be open for viewing from October 1 to 17, giving people the chance to see the Venerable before and after his beatification, although strict safety measures are in place to limit attendance on site.

The caption on the Facebook post included a mention on how initially, there were reports that the body of Carlo Acutis was found to be “incorrupt”.  However, a spokeswoman for Acutis’ beatification told a Catholic news outlet that the entire body was present, but “not incorrupt.”

The Vatican credited this computer genius teenager with the healing of a Brazilian boy suffering from a rare illness, which made him qualify for beatification. The boy reportedly asked God, through the intercession of Acutis, to grant him his healing.

Attributing miracles to him, and his subsequent beatification, are the next steps towards sainthood. Once he is beatified, he may soon become the patron saint of the Internet—the first millennial to join the Catholic Church’s roster of saints.

Acutis, who was born in London but grew up in Italy, is recognized for building a website that documents and catalogs Eucharistic miracles around the world after he taught himself how to program using their family’s old computer. He was also known for defending the rights of the disabled and helping the homeless.

He started the website in 2005 after he learned that he contracted leukemia, and he is said to have quipped, “I offer all the suffering I will have to suffer for the Lord, for the Pope, and the Church.”

Acutis has been cataloging miracles since he was eleven years old, and it was on his website when he said, “The more Eucharist we receive, the more we will become like Jesus, so that on this earth we will have a foretaste of heaven.”

He died on October 12, 2006 from his illness and was buried in Assisi, Italy.

Other POP! stories to read:

Good news! The Internet’s favorite Shiba Inu is recovering from a disease 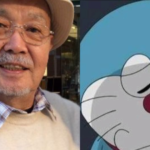 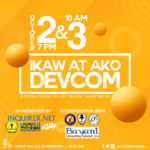 UP Community Broadcasters’ Society offered a two-day workshop for students in ‘Ikaw at Ako, Devcom: A Crash Course on Key Devcom Competencies’