If you’re one of their growing legion of fans and have already been suffering from sepanx, fret not – you will soon be witnessing them together again this Sunday.

Elijah Canlas and Kokoy de Santos, stars from the phenomenal BL series “Gameboys”, will be participating in a reading of Jun Lana’s critically acclaimed 2015 film “Anino sa Likod ng Buwan” on Sept. 27 at 7 p.m. via the company’s Facebook page.

The IdeaFirst Company made the announcement on its official Twitter page yesterday evening, Sept. 23, which instantly got the CaiReel/EliKoy fandom wild with excitement. While the company did not specify which roles Canlas and de Santos will be reading, it was stated that they will be joined by Therese Malvar from the 2018 Perci Intalan film “Distance”.

“Anino sa Likod ng Buwan” narrates one night between three characters – the couple Nardo and Emma, and their friend Joel – in a place called Marag Valley in 1993, in the midst of a civil war. Joel is a soldier while Nardo and Emma are among the refugees displaced by the conflict.

What starts out as a night of playing cards leads to heightened discussions of the war, their relationship as friends, and sex. The tension leads to a shattering revelation, which critics have widely praised not only as a socio-political statement but also as a psychological and emotional look into human relations.

Sounds serious? It is. So serious that when the film came out in 2015, it drew widespread attention not only for its overall artistry but also for its sexual frankness. LJ Reyes, who played Emma and won Best Actress from Gawad Urian for her performance, incidentally became a born-again Christian thereafter and vowed never to play daring roles again. Her career-making portrayal also owes much to the writing, which The Hollywood Reporter’s Vladivostok Review in 2015 described as “gradually [peeling] off her many layers of deception and confusion.” 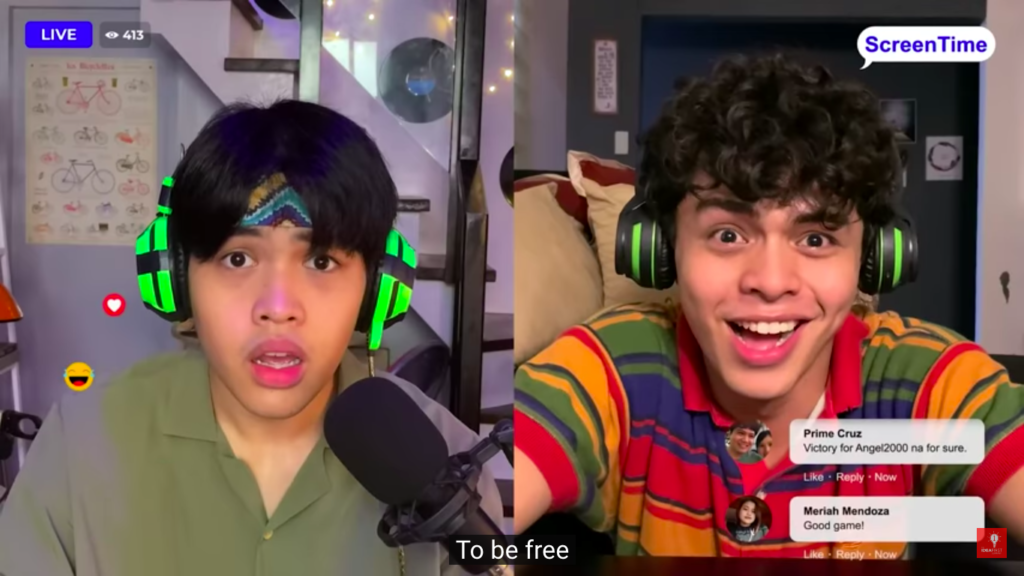 As for the characters Nardo and Joel, they have been described by critics as polar opposites, carrying differing views and possessing contradicting temperaments – Nardo noted to be the muted and caring one opposite Joel as the brash stud. It would be interesting to see which of Canlas and de Santos would be tackling what character during the reading, given their current association with their characters as Cairo and Gavreel, respectively, from “Gameboys”.

Will Canlas as the aloof and reserved Cairo be playing Nardo, while de Santos as the energetic and wacky Gavreel be playing Joel? Or vice versa?

No revelations on that yet from the company, as of writing. There’s three days left for their fans to wait and see. Not unless the company soon drops a clue or two as another “ayuda” for the tandem’s devoted following. NVG