Brittany and Briana Deane from the United States are both expecting their first babies which will “not only be cousins, but full genetic siblings and quaternary multiples!”

The couples made the exciting announcement through a “Baywatch”-themed photoshoot, as seen on their Instagram page last Friday, Aug. 14.

“We are thrilled and grateful to experience overlapping pregnancies and to share this news with you all!” they said.

Brittany is married to Josh Salyers, while Briana is Jeremy Salyers’s wife. The twin couples tied the knot in a “double fairy tale” ceremony in 2018 during Ohio’s Twins Days Festival. The festival is the same event where they all first met each other one year before their unions, as per People in August 2018.

The couples recently marked their 2nd “double-anniversary,” as per their Instagram page on Aug. 5.

The twin couples’s wedding was also featured in an hour-long special in TLC titled “Our Twinsane Wedding”, which aired in the channel earlier last year.

Briana told the magazine that since they were little, they knew they wanted to get married to twins as well.

“It’s really been a fairy tale come true. Marrying twins is something that’s very important to us,” she was quoted as saying.

“We knew that the chances were incredibly scarce,” Brittany said in the report. “The stars had to align for our dreams to come true. I get to marry the man of my dreams and at the same time I get to look over next to me and see my twin sister marrying the man of her dreams.” JB 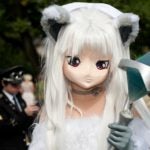 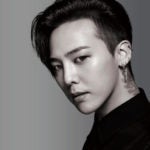