Imagine if the Straw Hat Pirates were to crossover into the dark and supernatural world of the Joestars?

Well that dream just turned into reality when a Reddit artist gave us a little glimpse of what it would look like to give our favorite rubberband man a new Jotaro style makeover while his Gear Fourth transformation takes over the most powerful stand, The Star Platinum. 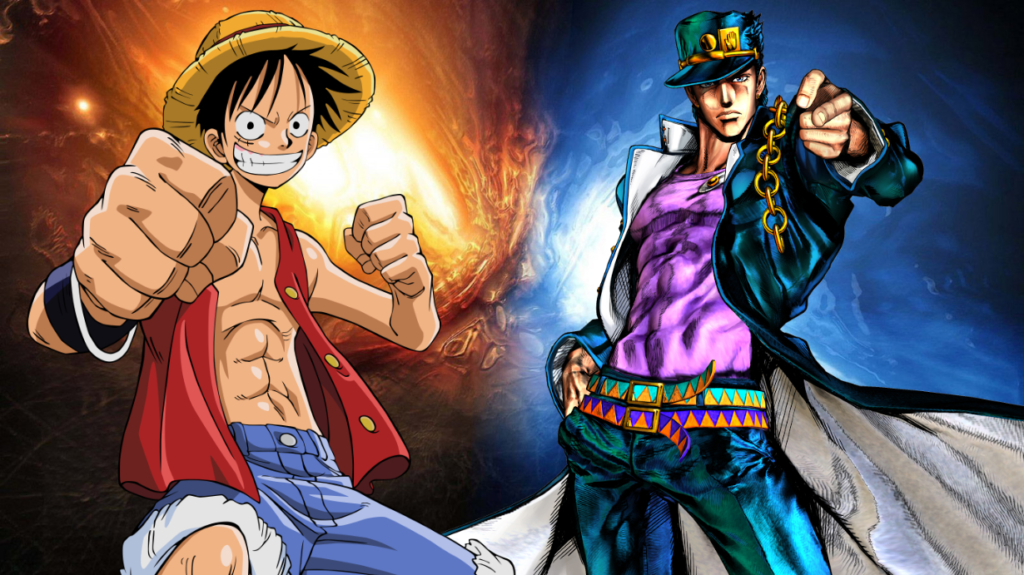 There is very little to be said about the things these two franchises have in common, especially when it comes to their story structures. One Piece delivers a more linear narrative revolving around Monkey D. Luffy and his quest for the one piece treasure, while JoJo’s Bizarre Adventure focuses on different character arcs that are split into different parts. The most popular is the third part of the series “Stardust Crusaders” which features Jotaro Kujo as the lead protagonist. Both franchises do, however, offer main characters with a unique set of abilities in the form of consuming a dragon fruit or awakening a stand.

One Piece and JoJo’s Bizarre Adventure are also considered some of the best and most beloved franchises out there. A lot can also be said for their on-screen anime series that were aired decades ago, each giving memorable voice acting and true source material for the die-hard fans of their respective Manga counterparts. The series characters include Luffy who has been an iconic name in pop culture since he made his debut in One Piece Volume 1 “Romance Dawn” and has since become one of the best protagonists ever made in a manga series. And although the characters are not as focused in JoJo’s Bizarre Adventure as they are in One Piece, the series still never fails to provide refreshing takes on the different characters they introduce with a good amount of depth to them as well.

Many online fandoms often explore different popular franchises to incorporate into fan arts. Reddit Artist ProfessorGemini shared what it would look like if Luffy were to crossover to the Joestars. He titled this work  “Luffy’s Bizarre Adventure”, and merged Luffy and his gear fourth transformation with the Stardust Crusaders aesthetic.

Although a crossover may seem like a random idea, it is still pretty amazing to see artists put together some of the best manga series and give us an idea of what it could look like if it were to happen.

While there is yet to be an announcement for the fifth season of JoJo’s Bizarre Adventure and that the author of One Piece “Oda Eiichiro” mentioned that the journey of Luffy is coming to an end, fans continue to look forward to the developments of these franchises in the coming years.

Fans cry over ‘The Way of the Househusband’ art direction, ‘looks like powerpoint presentation’