2020 threw all our rule books out the window. When the magnitude of the coronavirus crisis struck, everyone in the arts industry struggled to ride it out. Months after the nationwide quarantine announcement, the entertainment industry is still slowly adjusting and coming to grips with the “new normal”. Some album releases have been postponed, but some chose to share their music to help them cope together with their fans.

It’s been over a year since IV of Spades’ studio album “ClapClapClap!” was released to widespread acclaim. But the dedicated trio hasn’t stopped just because everything else is on hold. We see Zild Benitez, Blaster Silonga, and Badjao De Castro use their platforms to promote their quarantine activities. While life has changed for the band in lockdown, Zild found a way to further enhance his craft, revealing what IVOS fans can expect from his upcoming solo album, “Homework Machine”. 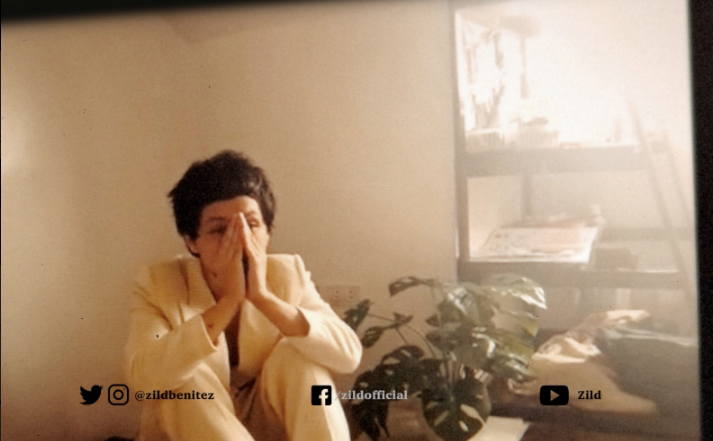 How are you finding life in lockdown?

It’s tough and drowning. The hardest part of this lockdown is having no control what’s happening inside my head and my surroundings. It’s hard to handle yourself and your burden for other people who are suffering more. Sleepless nights were normal for my first few months. I think I just have the privilege to use music as an escape for a moment and create songs to have that sense of control back.

You are about to release your first solo album. What has been the biggest technical challenge in terms of the whole process of recording and finishing the album?

The biggest challenge of doing a record on my own is decision making on small details. I always know what I want, but I become extremely indecisive when there are two things that I really like. Knowing when to stop isn’t easy as well.

Do you think it’s possible that the end result would’ve been better if we weren’t in this current situation?

I don’t think I would be able to create this record if I didn’t have this leisure of time and privilege. Besides, one of the main reasons why I created this record is to keep myself occupied and avoid extreme ride of emotions.

What’s the concept behind this album?

Use toy sounds. Write fictional stories. Write personal experiences. Write everything. Write as if tomorrow’s not coming. Create everything at home. Be like a child. Don’t overthink everything.

Which was your favorite track to record?

Every song that is in the record was once my favorite. But for today, I would say that my favorite is ‘habulan’ since it’s the song that started this record. The song was inspired by Rico Blanco’s, “Bye Bye Na”.

You and the rest of IV of Spades have such a loyal fan base, but did you have any reservations at all about releasing a solo album? Does it feel weird to be doing something outside the safety of your band?

I really wanted to make something that I haven’t done before, and I think the first thing that came into my mind is creating something all by myself. This self-isolation made me go back to my own cocoon. These past few years was exhausting for me, especially having this awareness that there are a lot of people watching and listening to your work. Honestly, there are times that you tend to forget who you are and start believing what people say they think of you. I can say that I’m starting to know myself once again.

I guess we can say we’re lucky that technology now makes it easy for us to even create things at home. Will this experience change the way you work in the future?

I used to create music at home all the time, but I’m still open to change my process someday. The advantage of creating something at home is you don’t have all the gear that everyone is dreaming of. I believe that limitations stir up creativity.

Is this lockdown allowing you to be more creative? Aside from music, what else is keeping you going?

Like everyone else, I tried learning how to cook. I’m planning to read some of the books that are hiding behind my shelves. I might try to study sign language after releasing this record. Or who knows, I might be a cat wizard.

Now that you have one solo album under your belt, are there more to come?

“Homework Machine” will be released digitally on July 30, 2020 under Warner Music Philippines.

Homework Machine
IV of Spades
IV of Spades' Zild Benitez opens up about quarantine life and his first solo album
Warner Music Philippines
Zild Benitez
INQPOP! Stories we think you might also like: