Korean hallyu star Lee Min Ho celebrated his 33rd birthday last June 22 and was greeted with a room full of gifts, flowers, and birthday cards from fans from all over the world.

The King: Eternal Monarch star showed his appreciation in his Instagram post with the caption, “Thank you everyone, U all made today as a special day.”

He also shared a video of himself trying to blow the candle on a cake that was apparently too far away from him, and he broke into a laugh when he couldn’t do it.

Before his birthday celebration at home, he reportedly went on a trip to Jeju Island with friends Woo Do Hwan, Jung Il-woo, and Kim Bum.

Min Ho’s latest kdrama series The King aired its final episode last June 12 with an 8% nationwide audience share, according to Nielsen. The actor teamed up with Korean actress Kim Go Eun in the romantic-fantasy drama where love transcends alternate realities.

The actor also starred in other hit k-drama series such as Boys Over Flowers, The Heirs, City Hunter, and Legend of the Blue Sea.

Happy birthday to our one and only Pyeha! (That’s “Your Majesty” in Korean) 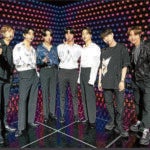 Are we seeing offline K-pop concerts again soon? Here’s what we know