Most of you are probably aware of how Peter Parker (also known as Spider-Man) got his spider-sense, right? In the movies, he was bitten by a radioactive spider that caused his genes to mutate and obtain arachnid abilities. So, in the hopes of sharing the same fate as our superhero, three boys from Bolivia let a black widow bite them. (Yes, the real-life black widows that are known to be the most venomous in North America.)

Instead of gaining wall-crawling abilities, all they got was a surprise trip to a hospital after suffering from muscle pains, tremors, and fevers.

Reported by Fox 11, the boys (ages 8, 10, and 12), used a stick to poke the black widow ceaselessly until it lost its “composure” and bit them. Their mother immediately took them to a hospital in La Paz ( a town in Bolivia) where they received proper treatment for their bites.

Luckily, the doctor had already given them a serum before the black widow venom started attacking their nervous system.

Here’s a friendly reminder to never believe everything you see on TV. 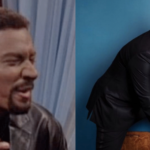 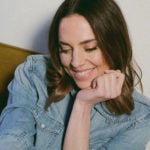 Melanie C announces new single, ‘Blame It On Me’