For generations, women have always fought for gender equality in the workplace, especially in a male-dominated field. And, one of the most notable women who made great strides towards equal opportunities is NASA’s first chief astronomer and female executive, Dr. Nancy Grace Roman.

Roman (who was born in Nashville, Tennessee, on May 16, 1925) became Chief of Astronomy in the Office of Space Science at NASA Headquarters only six months after the space agency was established in 1958—making her one of its pioneer members. While working at NASA, the 33-year-old scientist spent two decades of her life “developing and launching space-based observatories that studied the sun, deep space, and Earth’s atmosphere.” 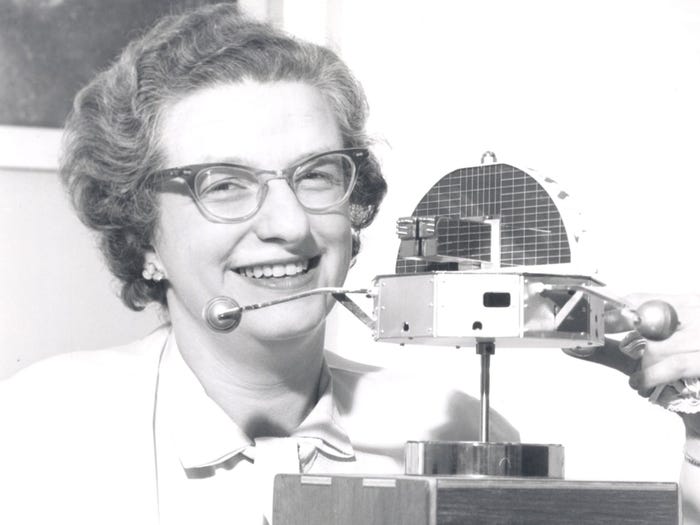 Dr. Nancy Grace Roman is shown with a model of the Orbiting Solar Observatory (OSO) in 1962. Photo credit: NASA

Apart from her endless, invaluable contributions to aeronautics and space research, she is also regarded as “the mother of Hubble” for spearheading the development of the Hubble Space Telescope, which just spent its 30th anniversary in orbit last April.

So, to celebrate her remarkable achievements and influence, the agency announced on Wednesday that their newest space telescope would be named after the female scientist who just died two years ago. The Nancy Grace Roman Telescope, which was formerly called Wide Field Infrared Survey Telescope (WFirst), will be used to “investigate the mysterious dark energy speeding up the expansion of the universe and scan space for exoplanets belonging to distant stars,” as reported by New York Times.

In a video released by the agency’s official YouTube channel, Thomas Zurbuchen, NASA’s associate administrator for science, said: “For that reason: that vision, that foresight, that leadership on the inside of the agency, that really makes her, I think, the only name that is appropriate for this large space telescope that we’re building now.”

Expected to be launched into orbit this year, the Nancy Grace Roman Telescope will also help scientists examine Albert Einstein’s general theory of relativity and a mysterious force called “dark energy” that affects the universe’s expansion.